Stretched hospitals are the PM’s next big test

admin August 26, 2021 Federal Politics Comments Off on Stretched hospitals are the PM’s next big test 68 Views 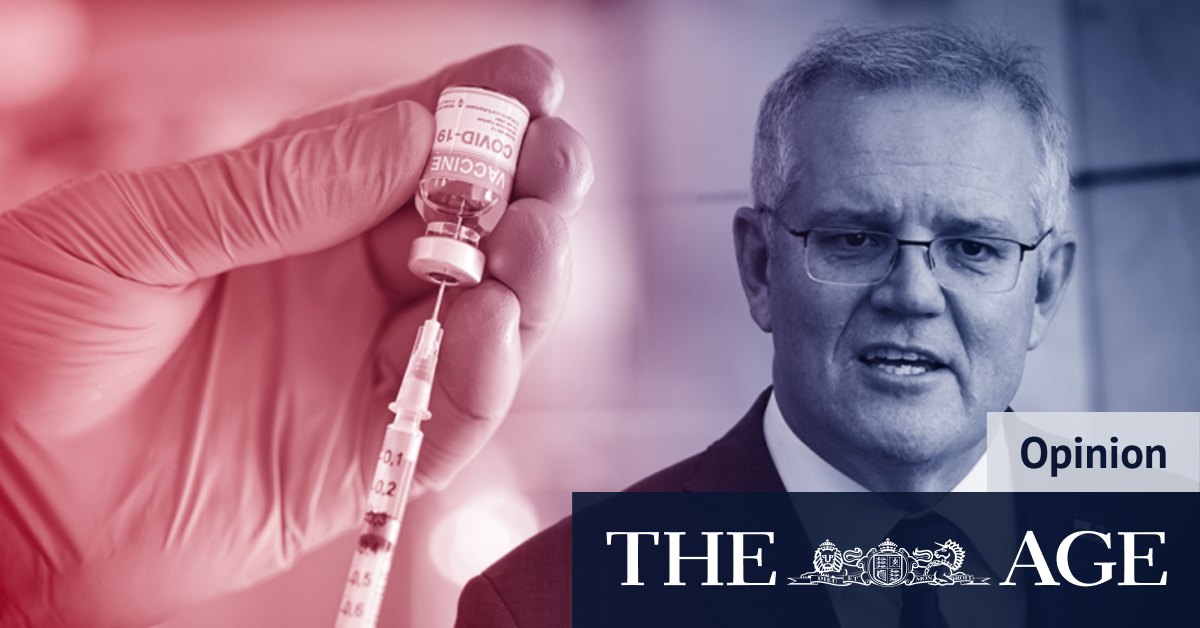 Husic is aware of the intense pressure on the biggest hospital nearby, Westmead, because the hospitals at Blacktown and Mount Druitt cannot take enough coronavirus patients. He says the promises from Morrison ring hollow.

“There hasn’t been a target this bloke hasn’t missed or a claim that hasn’t come unstuck,” says Husic. “He says the hospitals can cope but we see hospitals now setting up makeshift outdoor units to manage case numbers. He’s got this sense of complacency, this ‘she’ll be right’ attitude, and the people of western Sydney are bearing the brunt of it.”

This is the reality behind the politics. Morrison has strong support within his own party room for his message about restoring everyday freedoms. Treasurer Josh Frydenberg has led the argument with direct talk about what “living with the virus” really means – accepting some level of serious illness and death.

Anthony Albanese has to be careful not to be on the wrong side of this argument. The Labor leader took a few days this week to adjust his response, prodded by a call from Bill Shorten to back the national plan. It was just another reminder to Albanese that the former leader is right behind him. With a phone in each hand.

Labor caucus members want to support the national plan – it is backed by Victorian Labor Premier Daniel Andrews, after all – but set Morrison up for judgment day. “Yes, people want hope, but they will be very unforgiving if those hopes are dashed,” says one.

Liberals and Nationals, on the other hand, believe the Labor complaints will cement a view among voters that Albanese is resisting the freedom from lockdown. They reckon this is not just a mistake for him now; they think he will be toast when people see the words in the national plan turn into real change – like the ability to leave the house, take the kids to school, go to a restaurant and see friends.

The really hard debate is the cost of freedom from lockdown. Most politicians speak in code on this by saying “living with the virus” is like living with influenza. But there are numbers for that euphemism: two deaths a day in an average year.

What does the Delta variant do to that scenario? “Opening up at 70 per cent vaccine coverage of the adult population with partial public health measures, we predict 385,983 symptomatic cases and 1457 deaths over six months,” said the Doherty Institute on Monday. That is eight deaths a day.

Doherty says it might be lower: “With optimal public health measures (and no lockdowns) this can be significantly reduced to 2737 infections and 13 deaths.” Could the future really be that benign? The Sydney outbreak has already led to 79 deaths despite hard lockdowns.

The states run the hospital systems but Morrison is leading the argument on the national plan and knows he has to share responsibility for the consequences. That is why he was ready for questions on Thursday about federal funding for NSW hospitals, which he said rose from $4.3 billion in 2013 to $8 billion last year.

What made this week so important was not just the strong message from Morrison about the need to emerge from the “cave” but his total confidence about the way out. “The plan is important because it gives people confidence and hope and it encourages people to get vaccinated,” he told Ray Hadley on 2GB on Wednesday. “It is a safe plan.”

Those words could burn their way into voter memories like “at the front of the queue” and “it is not a race”. The country can only hope he is right. Morrison stands or falls on his pledge to make sure the health system has the capacity for what comes next.

Are the Pfizer and Moderna supplies guaranteed? Are all the aged care workers vaccinated? Are the disability care centres safe? Are the contact tracers fast enough? Are the intensive care units big enough? Are the hospitals ready? Are they ready now?

If not now, when?

Previous NSW’s New England renewable energy zone sparks flurry of interest
Next Samsung’s new smartwatch is its best yet, but it’s no match for Apple