From 0-3 to finals, Giants coach Cameron is making his mark

admin August 27, 2021 AFL Comments Off on From 0-3 to finals, Giants coach Cameron is making his mark 57 Views 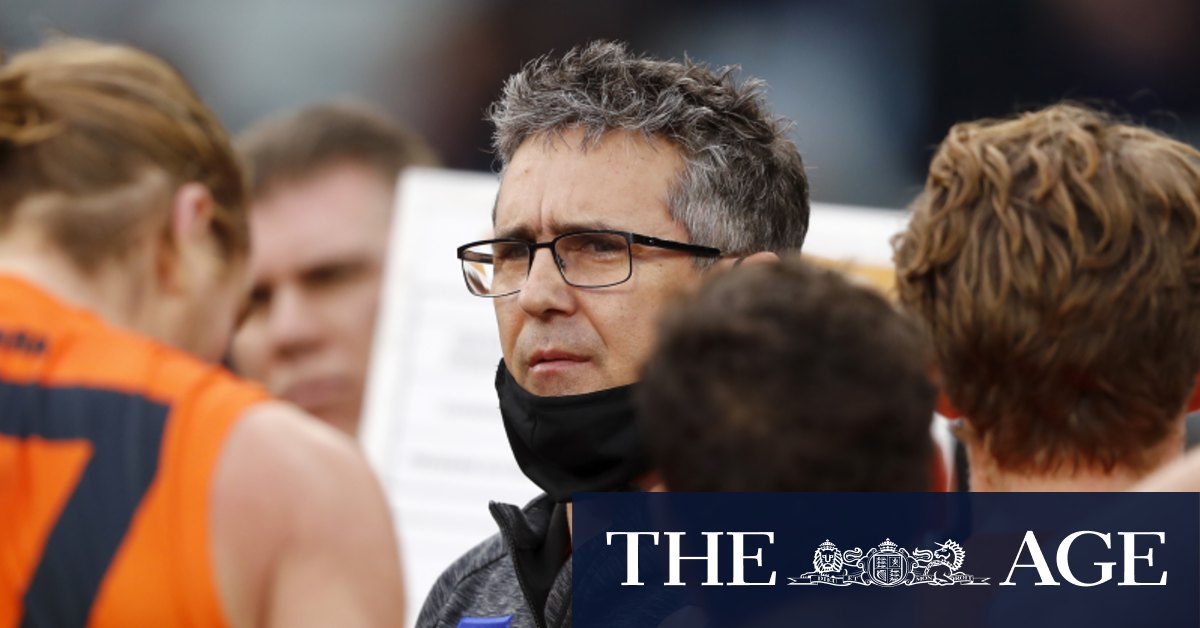 On top of last year’s failure, it did not require a vivid imagination to see the potential ramifications for Cameron if the curve continued to trend south. Cameron’s response was at odds with the Amazon persona.

“I remember clearly a lot of the journalists were coming hard for him,” former skipper Callan Ward said.

“Internally if you didn’t hear the external stuff you wouldn’t even know from the way Leon’s gone about it. He’s been tremendous in the way he’s kept his positivity, he’s been really optimistic about where we’re at during the season. Even at 0-3 he was really positive about the journey ahead.

“I’ve been really impressed with how calm he’s been through some sticky situations, and some adversity and a lot of challenges. I’m sure personally he’s felt that as well and been super impressive the way he’s carried himself the whole season.“

The challenges have come thick and fast. Be it their topsy-turvey form, which left them out of the eight as late as round 20, the injury crisis before their upset win over Geelong or having their entire squad displaced by Sydney’s COVID-19 outbreak.

In a bid to avoid a repeat of the claustrophobic hub experience which derailed their 2020 campaign, Giants chiefs called a meeting on the first morning of what was initially hoped to be just a two-week stay on the road. It has since ballooned out beyond two months.

The hour-long chat, held in the breakfast room of Melbourne’s Sofitel Hotel, followed by another involving the club’s on-field leaders, Cameron and football boss Jason McCartney, left all under no illusion how they would handle the coming weeks.

There would be a proper delineation between work and play. If a coach was to run into a player in a corridor after hours, there would be no impromptu meeting to go over vision from a game or talk shop as had occurred in hotels around the country last year.

“This year he’s almost taken a step back in overthinking things, and this is me looking in, it’s almost like he’s said “let’s enjoy everything we do, let’s make the most of the COVID situation”,” Ward said.

Previous Did this Georgian giant win the last-ever Olympic weightlifting gold medal?
Next ‘Is this a sign?’ How Sam Wallace plans to turn tragedies into titles