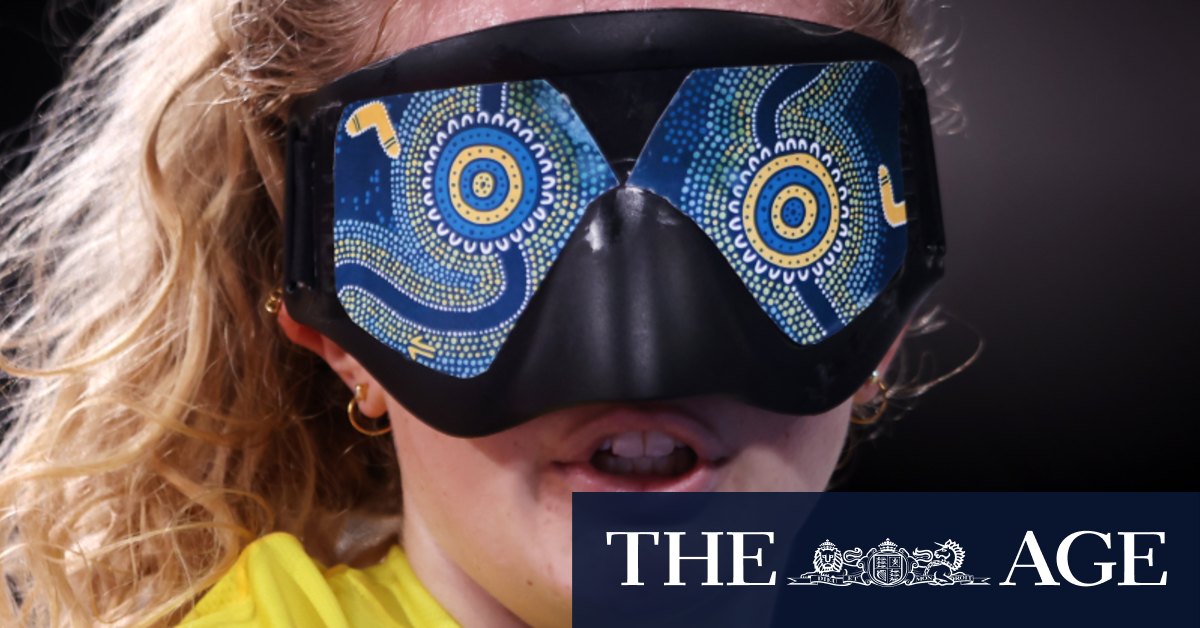 “I was washing the clock away pretty quickly but one of things we’ve talked about is to be in control of what we are thinking. We have a theme of being strong and together.

One of the Belles’ most experienced players, Jenny Blow, was still wearing her mask at full-time and thought the game ended in a 4-4 draw. The team came within a whisker of a win in Rio but a late goal meant they had to settle for a draw.

But on this occasion, Corr was quick to run over point out that Australia had indeed created their slice of history.

The Belles will face the Russian Paralympic Committee on Sunday at 8pm AEST and need to win to qualify for finals.

“We’ve got Everest to climb against Russia,” Corr said. “That is going to be as tough a game as we’ve ever played. If you can break through that glass ceiling, who knows what can happen.”

Australian player Shaun Norris said: “We knew coming into the tournament it was going to be quite tough considering that we really haven’t played together in about three years. It’s been challenging but the boys have turned up well.

“Being in Australia we live so far from everyone that we don’t really get too many games throughout the year anyway. Maybe we’re built for this situation.”

Previous Race-by-race preview and tips for Wyong on Sunday
Next ‘He is trying too hard’: Matthews questions Dangerfield’s finals impact