Leading for more than an hour, Parker pipped in last second of triathlon

admin 4 weeks ago Sport Comments Off on Leading for more than an hour, Parker pipped in last second of triathlon 25 Views 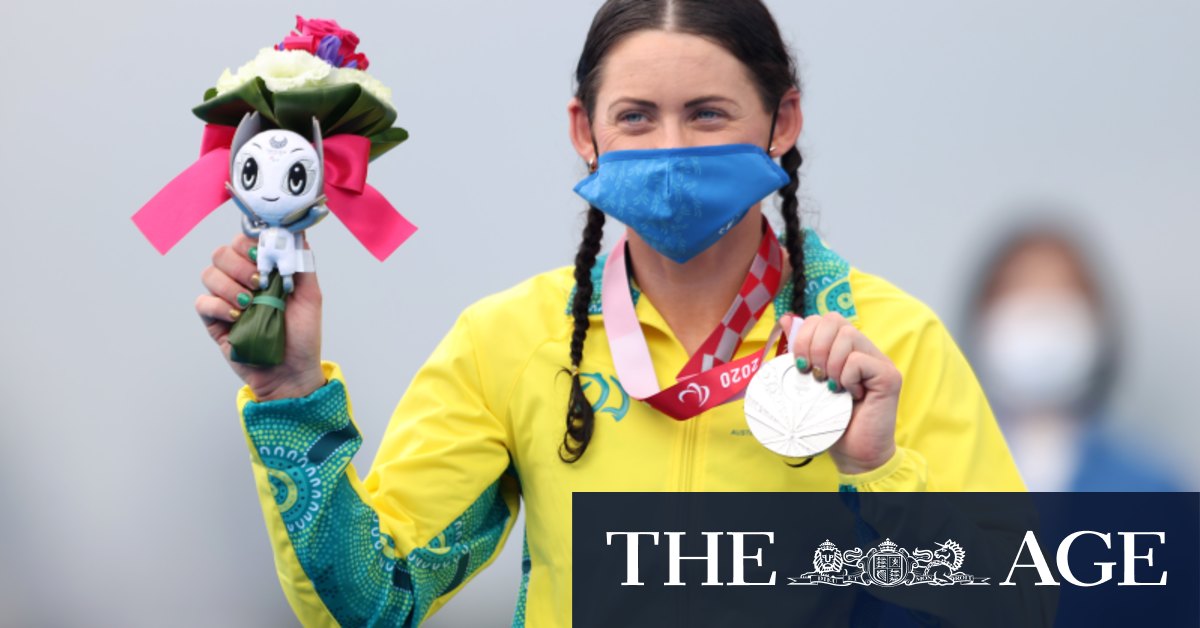 “We came here for a gold medal. We both feel like we’ve kind of failed,” Fernley said. “To get pipped on the post, yeah it’s a shame, but we’ve still got a Paralympic silver medal. You can’t complain too much. It’s three-and-a-half years since she has actually got out of hospital. We’ve then had six spine operations and two wrist operations in that time. It’s amazing.”

Fellow Australian Emily Tapp received medical attention and was unable to finish the race after she crashed into a barrier during the opening stages of the bike leg.

Silver medals can be tough to accept for athletes who are the favourites in an event. However, Parker had a grin from ear to ear and her journey to even be on the podium is a wonderful tale of overcoming adversity.

Parker, a promising triathlete, slammed into a guard race during a training accident on her bike in 2017. It left her with a punctured lung, plus a broken shoulder blade, pelvis and ribs. There was also damage to her spinal cord.

Her recovery was long and arduous. She lives a life debilitated by pain but has never pulled back from her goal to win a Paralympic medal.

Three days ago, as Fernley explained, the real impact of Parker’s own journey was felt.

Brazilian athlete Jessica Ferreira wanted to have a word to Parker.

“Because of you, because of what you’ve done and what you’re doing for the sport and the person that you are, I’m here today for you,” Ferreira told Parker.

Then a Mexican athlete, Brenda Osnaya Alvarez, also spoke of her inspiration.

“Lauren, bless you for what you do, how you’ve picked up this sport, what you’re doing for the sport,” Osnaya Alvarez told Parker, according to her coach.

For Fernley, that said it all.

“We had tears in our eyes,” Fernley said. “That touches us. If this is the reason she had her accident … Lauren is doing so much for so many people.”

Anne Parker, who was by her daughter’s bedside after the accident, said she was proud no matter the colour of the medal.

“She may not have won today but she won the race in everybody’s heart” she said on Channel Seven. “She couldn’t have done any more. She left it all out there. They’re all winners no matter what.”

The veteran coach has been at the Queensland helm in three previous stints, winning the …