admin August 29, 2021 World News Comments Off on Marine who cradled baby at Kabul airport among Americans killed in bombing 114 Views 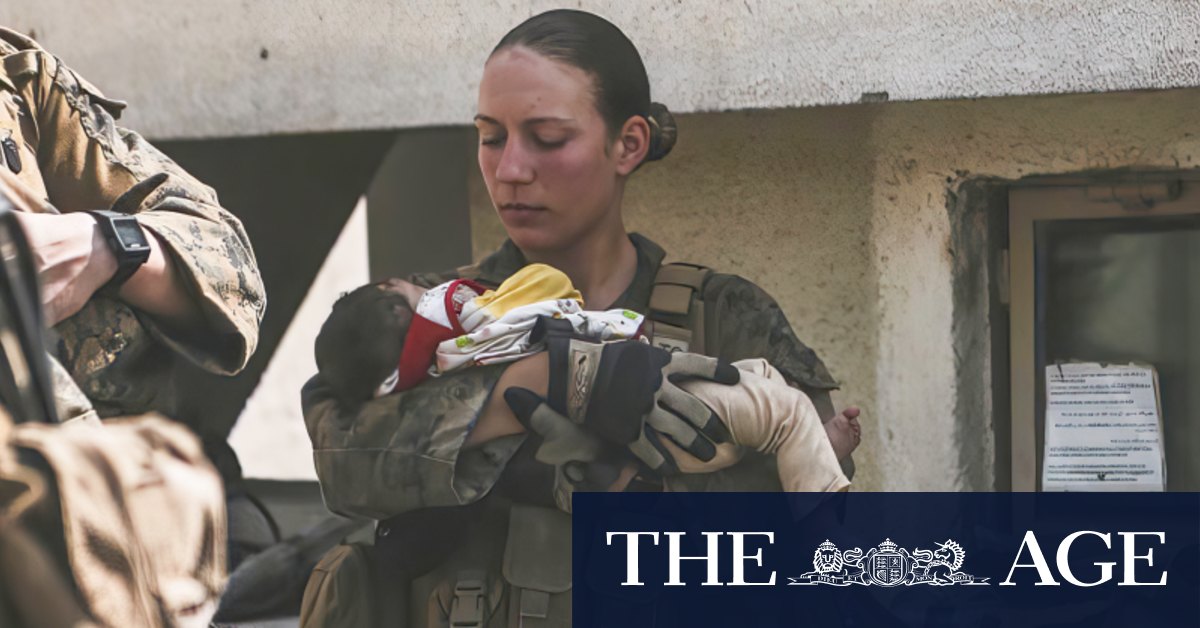 A Facebook post by the city of Roseville, California, which calls Gee “a hometown hero,” says she graduated in 2016 from the city’s Oakmont High School and enlisted in the Marines a year later. It says her husband, Jarod Gee, also is an Oakmont graduate and a Marine.

Gee was remembered by Sgt Mallory Harrison, a fellow Marine who roomed with her for more than three years, in a Facebook post accompanied by more than a dozen photos.

“Her car is parked in our lot. It’s so mundane. Simple. But it’s there,” she began the post. “My very best friend, my person, my sister forever. My other half. We were boots together, Corporals together, & then Sergeants together. Roommates for over 3 years now, from the barracks at MOS school to our house here. We’ve been attached at the hip from the beginning.

“I can’t quite describe the feeling I get when I force myself to come back to reality & think about how I’m never going to see her again. How her last breath was taken doing what she loved — helping people — at HKIA in Afghanistan. Then there was an explosion. And just like that, she’s gone.”

She said the war stories told by older Iraq and Afghanistan veterans are “not so distant anymore”.

Harrison concluded sadly: “My best friend. 23 years old. Gone. I find peace knowing that she left this world doing what she loved. She was a Marine’s Marine. She cared about people. She loved fiercely. She was a light in this dark world. She was my person. … Til Valhalla, Sergeant Nicole Gee. I can’t wait to see you & your Momma up there. I love you forever & ever.”

A southern California community has also honoured another young Marine who was among the 13 US service members killed in the suicide bombing.

Marine Corps Lance Cpl. Dylan Merola, 20, of Rancho Cucamonga, California, was praised by family, friends and neighbours for his generosity and bravery.

Cheryl Merola, his mother, told the Los Angeles TV her son was “kind, loving” and “would give anything to anybody”.

She recalled Dylan’s last phone message to her: “‘Mom, I won’t be able to talk to you for a little while. We’re being sent to a different location. I love you and I will talk to you as soon as I get home.’”