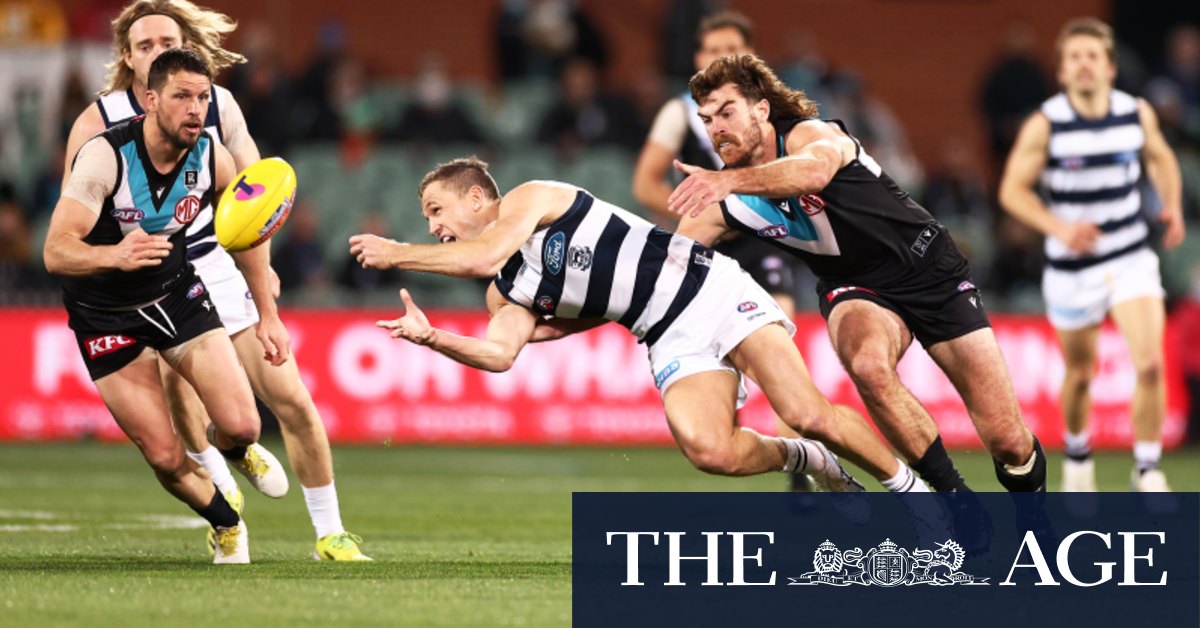 Dangerfield had his ring and small fingers taped together but Selwood, who had a finger issue of his own through last year’s finals campaign, said the Brownlow medallist will be “fine” come the Giants clash and will not be inconvenienced.

“He has played with a number of injuries throughout his career. It’s not something new to him,” Selwood said.

“It’s quickly forgotten about in the heat of battle, I can tell you that. The adrenaline will get to Patty. He is a professional, and he will deal with it.”

Gary Rohan, who has a poor finals record, veteran defender Lachie Henderson and ruckman Rhys Stanley, the latter set to face Shane Mumford, are among those under pressure.

That the Cats were beaten by 19 points by the Giants in round 21 at GMHBA Stadium, have dropped three of their past four matches and have not beaten a top-eight side since the bye has sparked supporter concern that they will be eliminated in straight sets. Club great Billy Brownless says careers are on the line.

The Cats were accused of being old and slow against the Power, their structured ball movement in the back half picked apart by a surging opponent willing to take the game on and use the 45-degree kick to spark waves of attacks.

They have been staunch in their belief that retaining the ball in the back half before accelerating through the midfield is the right way to go, but they are without star playmaker Tom Stewart. Selwood, however, said the Cats would continue to back their system.

Irishman Zach Tuohy, who has been recovering from a hamstring injury since round 21, is likely to return but Mark O’Connor (hamstring) appears set to miss.