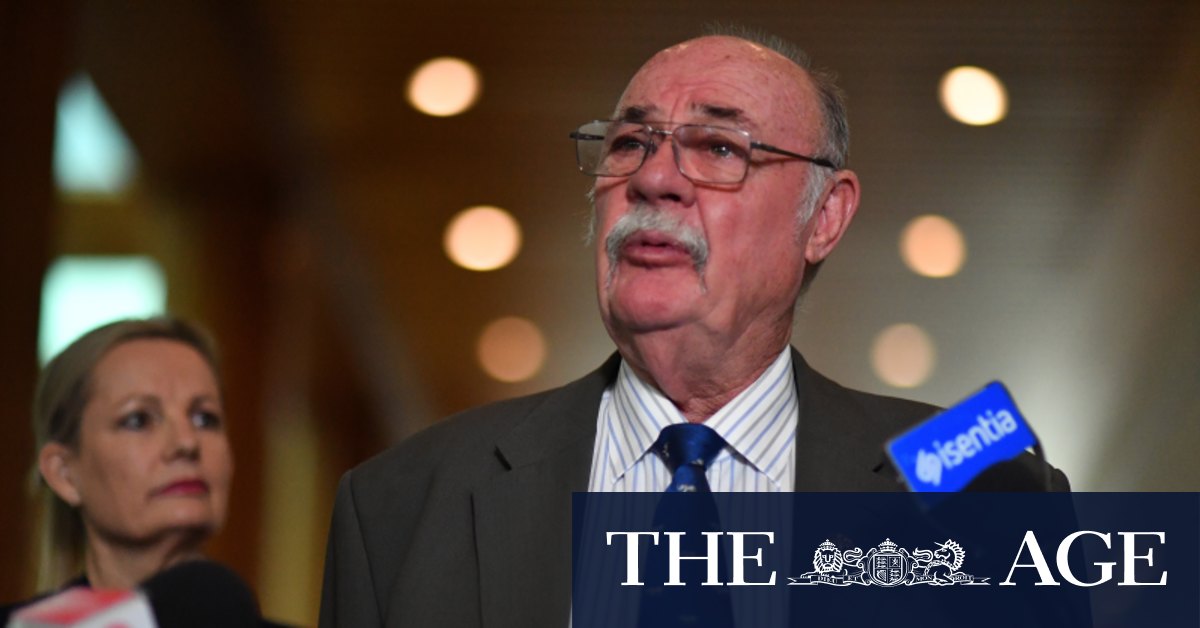 In the mid-2000s NSW and Queensland governments created tighter land clearing restrictions on farmers, which has enabled the government to count emissions reductions against the carbon stored in the landscape – and include it in Australia’s emissions budget.

The government figures forecast emissions would rise in the next quarter, up from 122 million tonnes in March to 129 in June. However, analysts say such predictions are typically unreliable.

Australia has pledged to reduce its greenhouse gas contribution by at least 26 per cent by 2030, based on 2005 emissions, but has not set a deadline to hit net zero emissions. Most other developed nations have committed to roughly halve their emissions by 2030 and reach net zero by 2050 or earlier.

Mr Entsch said the international push to greater climate action was “cause for great optimism and introspection”. Australia must commit to a “robust climate mitigation” to maintain the claim as the best reef managers in the world, he said.

Mr Entsch’s report from the previous year warned, at the outset of the COVID-19 pandemic, warned the government the reef’s survival depended on greater emissions cuts to curb global warming.

The United Nations World Heritage Committee in June threatened to list the Great Barrier Reef as “in danger” of being removed from the list of World Heritage sites due to global warming and water pollution.

Australia was given a reprieve after a whirlwind diplomatic campaign led by Ms Ley, but UNESCO has given the Australian government until February to upgrade its climate policy.

Mr Entsch said it was “greatly concerning” that the in danger threat was “solely” based on a desktop evaluation of the reef’s health – a claim UNESCO denies.

Mr Entsch backed the rejection of a coal project proposed by Clive Palmer, which would mine within 10 kilometres of the coast near Gladstone.

“It is entirely inappropriate for the mine to proceed particularly given its proximity to and the unacceptable risk it poses to the Great Barrier Reef and other nearby habitats,” he said.

The Queensland government has assessed and rejected the proposal, in part due to expected impacts on water quality, but the final decision rests with Ms Ley, who has requested more information before deciding the mine’s fate.

Previous An unceremonious end, and a shrouded beginning
Next McInerney calls for tribunal change, says Greene was ‘lucky’