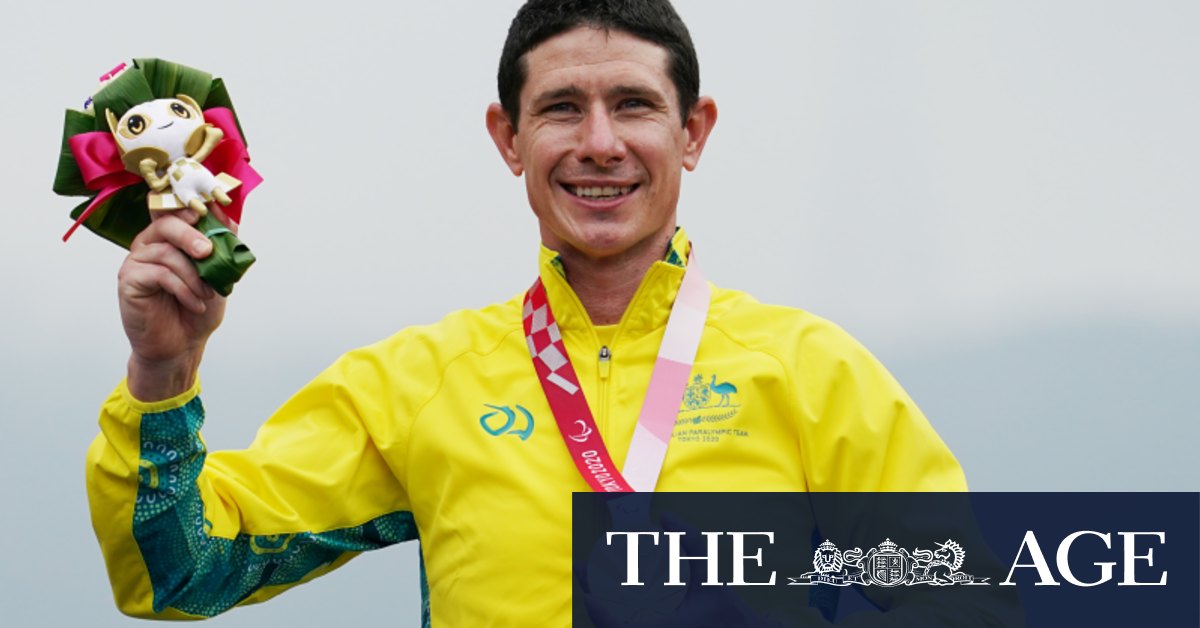 “I’ve been dreaming of that for five years, maybe longer,” Hicks said. “I’m still a little bit lost for words but I’m just so, so happy.

“We quite literally did exactly what we meant to on every single lap as far as power and speed goes. I gave it everything I had and couldn’t have executed it any better. It’s just relief. I’m sure the joy and all that sort of cool stuff will come later when it sinks in.”

Seven years ago, Hicks was forced to clear his name in the courts after crashing a truck that killed two people following a brake failure.

“I had a dream and I followed it,” Hicks said. “I found something I loved and I pursued it and it kind of just went from strength to strength, which is very lucky.

“Kudos to her,” said Cooke, who is the oldest member of the Australian Paralympic team. “She’s an amazing climber. I knew this would be her course. It’s hers to win because she climbs like a mountain goat and I’m a bit heavier and a bit older. I get up the hills but not at the speed she does. I come down a lot faster.”

Cooke was diagnosed with multiple sclerosis in 1998, just before her 37th birthday, before winning three Paralympic medals in Australian colours across London and Rio.

She is now Australia’s second oldest female Paralympic medallist. If she returns in Paris three years down the track, Cooke could take the record from Gloria Pascoe, who won gold in lawn bowls at the 1980 Paralympic Games at age 61.

Australia’s oldest Paralympic medallist ever is Noel Robson, who won gold in the sailing at Sydney 2000 aged 65.

Meanwhile, Australia’s new cult hero in the pool Grant “Scooter″⁣ Patterson said he was considering hiring a receptionist to deal with the flood of messages he’s received after his Paralympic success.

Patterson backed up his 150m individual medley bronze medal with a silver on Tuesday night in the SB2 50m breaststroke final.
Quickly turning into a fan favourite, Patterson promised he’d get back to everyone’s messages.
“My phone is going nuts,” Patterson said. “I need a receptionist here to do all the messages. I don’t like to leave people short. They’ve gone out of their way to say something nice, so I feel I’m obliged to say something nice back.

“Tomorrow I have a day off and I’ll be in the workshop punching away on the keyboard.“

Young gun Col Pearse, who trained during lockdown in his family’s farm dam, picked up a bronze medal in the S10 100m butterfly final before breaking down in tears while speaking to reporters.
Teenager Jasmine Greenwood finished second in her S10 butterfly event.

Previous AFL grand final moves to Perth, will be played at Optus Stadium
Next ‘I tell them, it didn’t kill me’: Vaccination hub for homeless opens