Qld’s border negotiator concedes checkpoint shift is off the cards 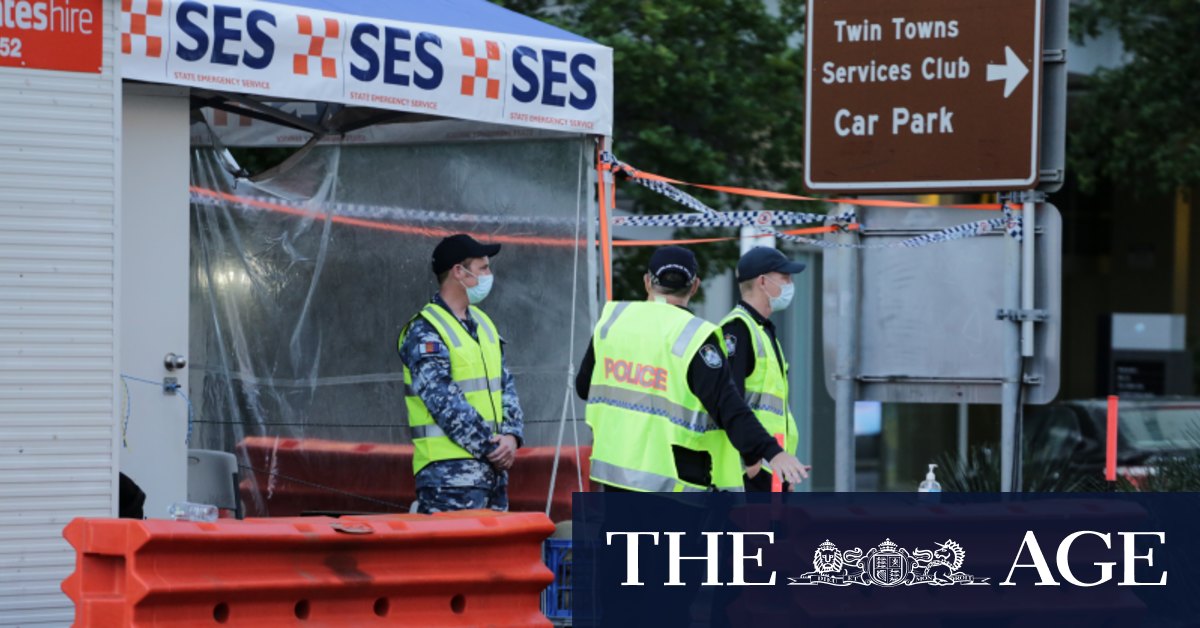 A breakthrough on the checkpoint shift touted by Deputy Premier Steven Miles on Friday was quickly shot down by NSW.

Speaking to ABC Radio on Tuesday morning, Mr Gollschewski said NSW had expressly ruled this out.

“So that’s not on the table, we can’t do that,” he said. “So we’re having to look at what other options there might be and see what we can do to try and improve things for the people on the border.”

He said police checked about 6000 vehicles through border points on Monday.

Other options on the table were expanding the definition of an “essential purpose”, and of those deemed essential workers.

“Ultimately, that’s a matter for the chief health officer [Jeannette Young],” he said. “With the many thousands of cases we’re seeing continually in New South Wales, I think the risk is still very high, so that’s going to be a very difficult piece of work to undertake.”

Dr Young had previously sought to trim the list of essential workers – who are required to have had one vaccine dose – as close to zero as possible to limit any spread of the virus into Queensland.

In the hope that border restrictions will remain in place for no longer than nine weeks, when 70 per cent of Queenslanders are expected to be fully vaccinated, Dr Young also flagged a broader passport-like system for travel from NSW for when restrictions begin to lift.

Updating his constituents via Facebook on the weekend, Goondiwindi mayor Lawrence Springborg said Dr Young had told him a reinstatement of the previous border bubble would require NSW to all but eliminate movement into that area from other parts of the southern state.

Asked about the requirements of such a move and the potential to expand it across the border, Dr Young said in a statement that while the state had successfully managed a border bubble in the past, “we have not faced a risk as serious as that presented by the current Delta outbreak”.

“Checkpoints are the safest way of ensuring cases do not enter Queensland,” Dr Young said.

University of Queensland law professor Graeme Orr said while shifting the checkpoints south was not a constitutional problem, given that states can make co-operative arrangements around policing across borders, it was a “very complicated public law” one.

Deciding which state’s laws would be enforced within any bubble created by the new barricades, and by which police force, would be just one of the difficulties in any arrangement.

“I’d be surprised if it got off the ground, even with political goodwill on both sides,” Professor Orr said.