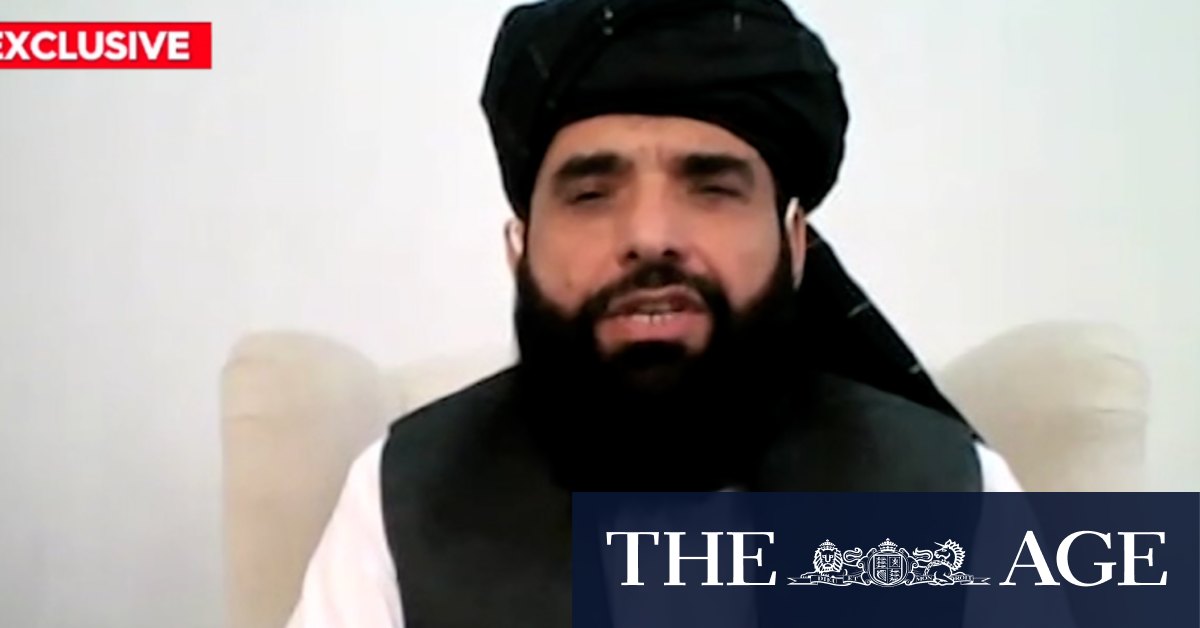 He also disputed claims Australians had been attacked by the Taliban, despite video surfacing of an Adelaide father bloodied and in a tussle with the Taliban. Farid, who was stranded after he flew to Afghanistan to visit his sick mother, has since gone into hiding.

“There is no one targeting them, or their life is at risk, no,” Shaheen said.

The veteran Taliban spokesperson said the hope for his country was “peace”, as he accused Prime Minister Scott Morrison of basing policy on “propaganda” and “fake news”.

“Some of the Australians are biased, they should make their stand to be more pragmatic,” Shaheen said. “I think [the Australian government’s] judgment should be fair and just not based on baseless reports.”

Australian Foreign Minister Marise Payne was asked about Shaheen’s comments about Australian soldiers on 2GB and said she found them “repugnant”.

“I think the Prime Minister has said we will ultimately judge the Taliban on their actions, not just their words, there is a requirement for them to deliver in terms of the future of Afghanistan,” she said.

“He’s also said he is very familiar with their form. Form would tell us that some of our realistic views may in fact be very accurate.”

Shaheen denied reports broadcast by 9News that Afghan women had been abducted by the Taliban, and said it would be a breach of law. The spokesman said girls and women would be entitled to education, but he could not guarantee they would be allowed to have positions of power in a newly formed government.

“It will be up to the constitution, after that it will be clear,” he said.

The Taliban have already banned co-ed classes, but on Monday the acting education minister Abdul Baqi Haqqani promised that women could attend universities “in safety” as long as their studies adhered to the militants’ interpretation of Sharia.

There are reports by activists from cities such as Herat and Kandahar in the west that women have already been turned away from schools and universities, sent home from workplaces such as banks and banned from leaving home without a male escort. The Taliban have not responded to requests for comment about these reports, but spokesman Zabihullah Mujahid told Reuters that no decision had yet been made about whether women could work in banks.

“We have this capability,” Shaheen said.