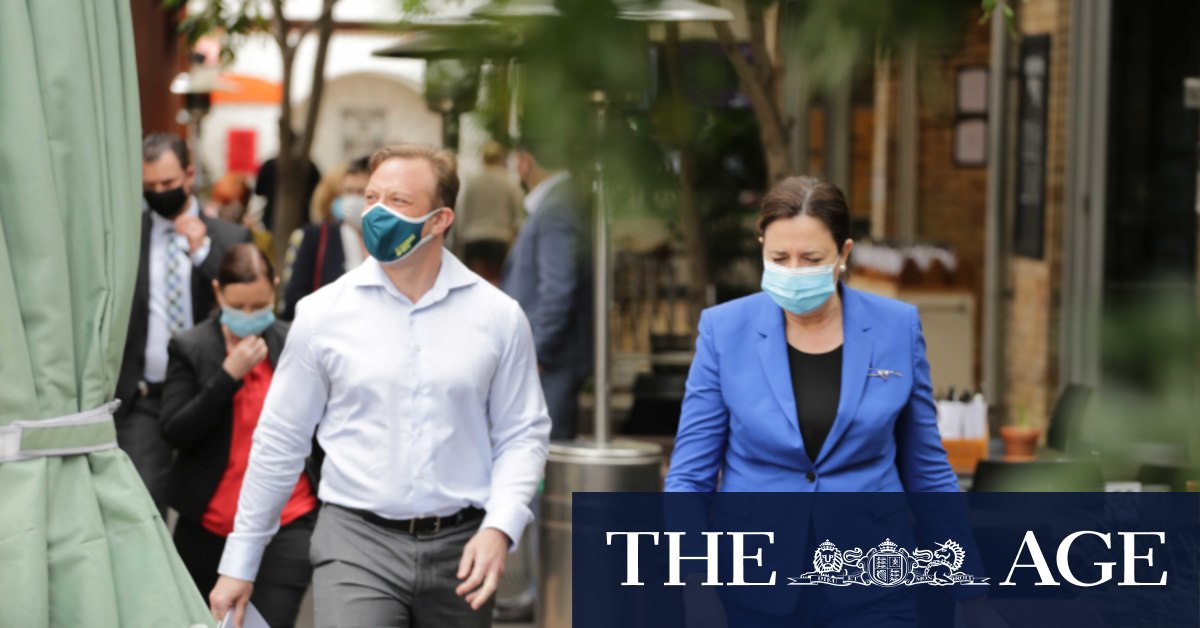 But even if children are now more susceptible to infection and transmission, the virus remains a “mild illness for children”, paediatrician and Royal Australasian College of Physicians president-elect Dr Jacqueline Small said last month. There is also no approved vaccine for children under 12.

The next phase of the Doherty Institute’s modelling is expected to go before national cabinet within weeks.

Speaking in Canberra on Wednesday afternoon, federal Treasurer Josh Frydenberg said he believed it was right for the Premier to be cautious about the virus and its impact on children – as he was – but he pointed to a study by Melbourne’s Royal Children’s Hospital of 170 children who contracted COVID-19, which found the illness was less severe in children than the wider population.

Mr Frydenberg said the staged national reopening plan, according to the Doherty Institute, “remains the plan, even in the situation that children may contract the virus”.

“If you look around the rest of the world … countries have opened up safely with COVID,” he said. “And kids have got back to school.

“We’ve got to be so conscious of this shadow pandemic and the need that the kids have to get back into the classroom at the appropriate time,” Mr Frydenberg said, referring to psychiatrist and former Australian of the Year Patrick McGorry’s term for the potential mental health legacy of the pandemic and restrictions, particularly on young people.

“I’m conscious that the premiers would be aware of that as well.”

Both major southern states are largely aiming to vaccinate their way through stubborn outbreaks and now-lengthy lockdowns, with 1116 new cases reported in NSW on Wednesday and 120 in Victoria.

While only one new case of COVID was reported in hotel quarantine early on Wednesday, Queensland’s 24-day run without a community case ended late in the day with exposure sites linked to a NSW truck driver.

Dr Paul Griffin, director of infectious diseases at Mater Health, said it was “unhelpful” for the Queensland and other governments to be too focused on modelling and exact targets.

“We are in some ways discouraging people because we aren’t pointing out what the real risks are,” Dr Griffin said. “The trouble with using vaccination to respond to an outbreak as well is, it takes weeks to come into effect.”

Dr Griffin said even with Pfizer supply constraints, Queensland needed to “throw the kitchen sink” at boosting its lagging vaccination rate with walk-in AstraZeneca hubs and mobile clinics. Queensland is currently just a fraction of a percentage point away from dropping into last place behind WA on 51.09 per cent of those eligible to receive a first dose.

“But we also need to get the messaging right,” he said. “I think we’re undercooking the risk of this.”

Responding to questions about the Premier’s comments later, her deputy, Steven Miles, said that as a father himself, he believed he spoke for many in saying children should not be excluded from the vaccination program or “the proportion of the population that should be vaccinated”.

Pushed on whether this meant under-12s would have to be vaccinated before the state opened up to others and the use of lockdowns could be ruled out, he said that was “not necessarily” the case but the Premier wanted to see specific modelling that accounted for this.

“These are not simple decisions,” he said.

Previous Raiders have most to lose from Storm resting players, but Stuart’s a fan
Next ‘I was quite angry’: Australian officials admit blunder as Hodgetts result ruled out