‘Banged up’ Giants chasing their second miracle in a month

admin September 2, 2021 Sport Comments Off on ‘Banged up’ Giants chasing their second miracle in a month 48 Views 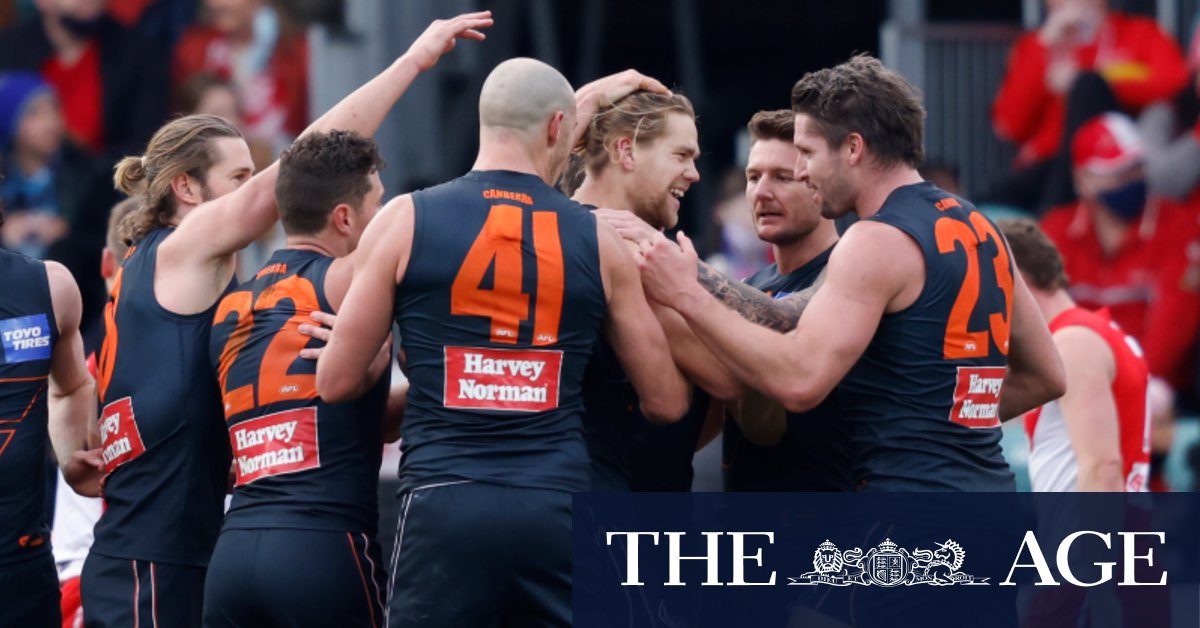 The lengthy injury list adds to the senselessness of Greene’s absence – a fit player of immense quality powerless to lift his team into a preliminary final. Tim Taranto filled the void last time, with distinction, but Greene is close to irreplaceable.

The Giants have been resolute in their defence of Greene over the years, arguing you have to take the good with the bad for a player who plays so close to the edge, but this case is particularly frustrating for them.

“We’re disappointed in Toby putting himself in those positions, and the consequences, which we’ve already seen, he’s going to miss the rest of this final series,” Cameron said.

“So in terms of addressing issues – I think this is a different one compared to the footy stuff we’re talking about. This is a lot different, actually.”

Cameron is a believer that there are only two or three times in a season a coach can urge his team to dig deep for that extra effort.

Already, he has drawn responses after poor performances against North Melbourne and Hawthorn, while the first victory of the year against Collingwood came when they were 0-3 and depleted by injury.

The most recent came against the Cats. Midfielders Josh Kelly, Stephen Coniglio, Jacob Hopper and Matt de Boer were missing that night, but so too were Jeremy Cameron, Mitch Duncan and Isaac Smith for Geelong.

“When you’re playing sides in home and away, it’s totally different when it comes to finals,” Cameron said.

“I know people compare, you beat them three or four weeks ago why don’t you do it again this week? It’s not as easy as that, it doesn’t work that way.

“What I will say is our players are just enjoying their footy. They’re a lively bunch. I mentioned we’ve been on the road for 10 weeks, you probably wouldn’t notice that just walking around the foyer here.

“We’ll take it right up to the Cats. If that’s good enough we’ll progress. We’ll leave nothing out on the ground tomorrow night.”