Call for sweeteners to speed sprint to 70% jab target 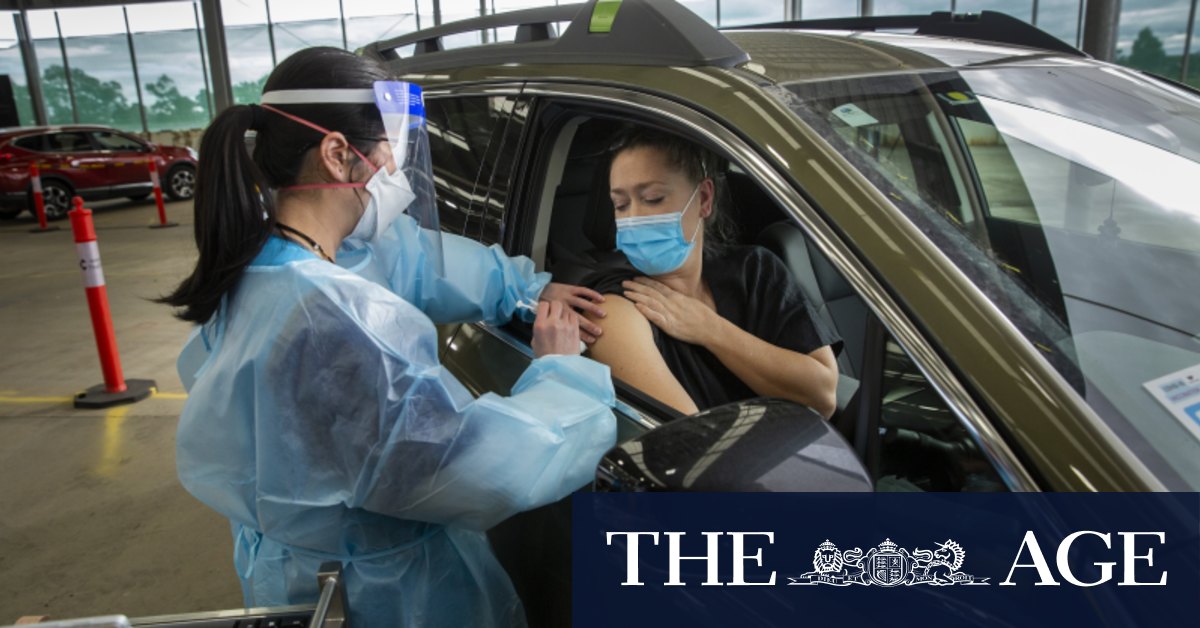 He also suggested setting up American-style vaccination lotteries to encourage more people to get jabbed, or using graphic advertising campaigns to educate people about the often deadly consequences of COVID-19.

“You see these images in the US of anti-vaxxers and anti-maskers who are now dead, lying in hospitals regretting their choices,” Dr McRae said.

“The next time we have protesters lighting flares outside Flinders Street Station, the lord mayor should put up similar images to show the consequences of refusing to get vaccinated.”

Melbourne doctor Ines Rio from the Royal Australian College of General Practitioners said authorities should do more to link vaccination rates to certain freedoms, such as the ability to travel and once again see family interstate or abroad.

She cited an elderly gentleman who came into her clinic for his first jab on Sunday, “as he heard you may need to get vaccinated to go to the footy”.

“It’s that linkage towards an immunisation rate that gives people freedoms that are important to them. Freedoms for kids to go back to school and socialise. Freedoms to actually have people over for dinner. Freedom to travel.”

As Australia debates the merits of mandatory vaccination, Dr Rio also suggested “no-jab, no work” policies should be requirements for front-line professions such as healthcare or teaching.

“Just as some position descriptions require you to have a working with children check, you would need to have a compliant COVID vaccination,” she said.

The idea of vaccination incentives rose to national prominence last month, when federal Labor leader Anthony Albanese proposed giving every Australian $300 if they were fully jabbed by December 1 in a bid to reduce the need for sweeping lockdowns to control the virus.

Julie Leask, a University of Sydney professor specialising in vaccine uptake, said incentives “have their place” in lifting vaccination rates, particularly for people who are hard to reach with other methods. However, she added: “In the end, you really need a multi-pronged strategy”

“If you’re concerned about a particular community or locality, the best thing to do is go into that community and do some fairly intensive work on understanding why people are not vaccinating, and address those really specific issues with very tailored solution for that community,” she said.

Star Health chief executive Damian Ferrie, whose organisation helps vaccinate people in high-rise towers across Melbourne, agreed. He advocated for more initiatives that remove barriers for people to get jabbed, such as door-knocking and pop-up clinics in targeted suburbs.

The 176 new COVID-19 infections announced on Thursday was the highest daily number since late August last year. One of the latest outbreaks involved a St Kilda Road call centre, Acquire BPO, that was being used to make contact tracing calls to COVID patients and close contacts linked to exposure sites. That cluster has so far resulted in 17 new infections.

Deputy Chief Health Officer Ben Cowie said the interval period between AstraZeneca vaccinations would be cut from 12 to six weeks in all state-run clinics. “That matches the dosage interval for the Pfizer vaccine, so it’ll be six weeks for AstraZeneca and for Pfizer bookings going forward,” he said.

Professor Cowie said that while case numbers in suburbs to the north and west of Melbourne remained high, suburbs in the south and east of the city were now also seeing significant increases in infections.

As the Delta outbreak continued to spread across Melbourne, Western Australia announced that Victoria would be upgraded to a high-risk jurisdiction from Monday, limiting travel to those who have been vaccinated and test negative to COVID-19 prior to departure.

Speaking at a parliamentary inquiry into the I Cook Food scandal, Ms Mikakos called for a royal commission into Australia’s pandemic response and expressed disappointment that she was not properly briefed by her department during last year’s second wave and questioned the performance of Chief Health Officer Brett Sutton.

With Craig Butt and Paul Sakkal