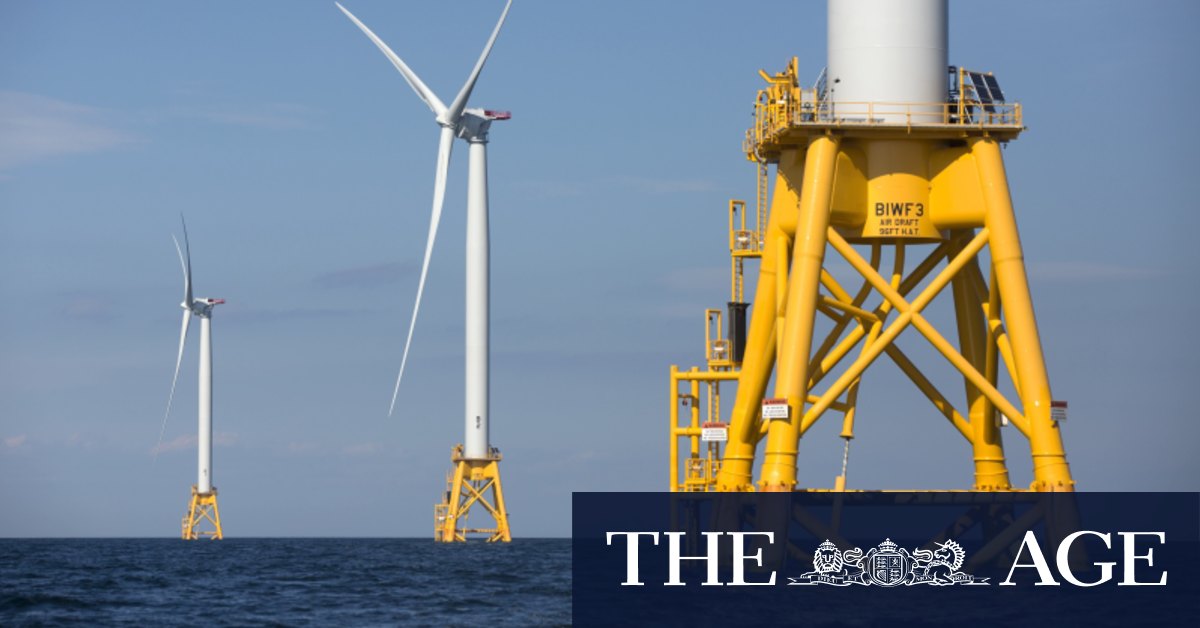 “The government has strangely sent their own bill to a Senate inquiry. We hope this isn’t a sign they still aren’t convinced of offshore wind’s benefits for regional industry.”

The International Energy Agency expects offshore wind farming to grow into a trillion-dollar industry over the next 20 years. The total generation capacity of Australia’s east coast electricity market is currently 55 gigawatts, about 70 per cent of which comes from coal. In its 20-year outlook for the east coast grid in July, the Australian Energy Market Operator nominated four precincts – north-west Tasmania, Gippsland, Illawarra and Newcastle – as capable of generating 10 gigawatts each if offshore wind farming was legalised.

Star of the South chief executive Casper Frost Thorhauge said the bill was a “key step to realising Australia’s offshore wind potential”. The company plans to invest more than $6 billion in the regional economy over the life of the project, which it expects to generate 3000 jobs, including 2000 construction positions.

“It’s not just the construction phase of offshore wind farms – that’s thousands of jobs on its own – but it’s also the onshore manufacturing,” he said, noting it’s often cheaper to build the massive turbines close by rather than transport from remote locations.

Mr Quinn said offshore wind precincts, developed on a massive scale, could support a manufacturing resurgence. A recent economic analysis by Beyond Zero Emissions said Newcastle, with its deepwater port, skilled workforce and existing industrial infrastructure could attract $28 billion in capital investment to the region, generate $11 billion in revenue by 2032 and create 34,000 jobs.

Legalising offshore wind farms is seen as a crucial move to ensure development happens far enough out to sea to minimise the visual impact. Commonwealth jurisdiction begins 5.5 kilometres offshore but industry is so keen to invest some insiders thought it likely they would lobby state governments for permission to set up in their inshore jurisdictions.