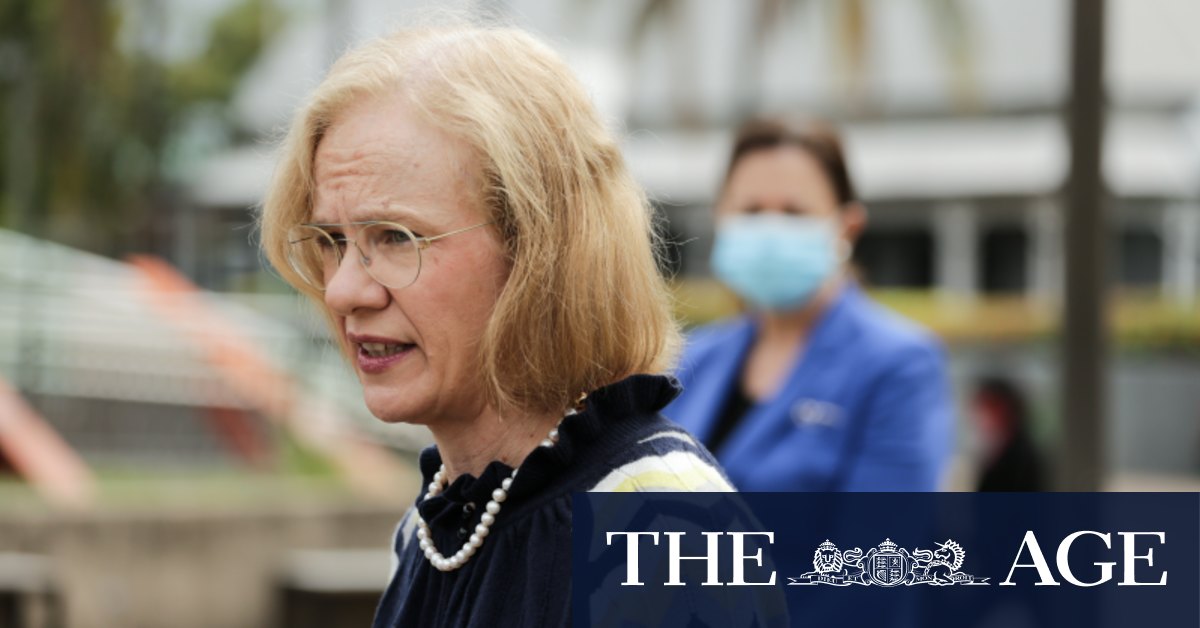 Appearing alongside Professor Kelly, federal Health Minister Greg Hunt said it was “false, and wrong and inaccurate” to claim that children were not considered. “It’s very important that we are responsible, that we provide facts, and that we provide confidence to Australian parents,” he said.

While doubling down on the comments and her attacks of the LNP Opposition and federal Coalition in state parliament on Thursday, Ms Palaszczuk also shared a social media post stating the Doherty modelling predicted even with 70 per cent vaccination rates among over-16s that 80 people would be dying each day six months into an outbreak.

Later clarification from her office revealed the figure was based on a situation with only minimal density and capacity restrictions and a stretched testing, tracing, isolation and quarantine efficiency, like that seen during the peak of the Victorian second wave.

Under an optimal health response scenario at 70 per cent vaccination rates, 13 deaths are predicted in the first six months. Mr Hunt said selectively using the modelling like this “breaches good faith and damages public confidence”.

Queensland chief health officer Jeannette Young later fronted media in Brisbane about a new COVID-19 case detected in a NSW truck driver and under investigation, believed to have been infectious in the community for five days, also reiterating warnings about the risk of another outbreak given the 1288 cases reported in NSW and 176 in Victoria.

Asked if she disputed Mr Hunt’s assessment and thought it was responsible for Ms Palaszczuk to be releasing worst-case scenarios given the evidence being seen among younger children, Dr Young said: “We have to be open”.

She said while the vast majority of children still experienced only mild disease with the Delta strain, once larger numbers started becoming infected there would be outliers who were hit harder.

“Of course it’s responsible … our Premier has to make sure that our population in Queensland understands what the risks are, and I totally endorse that,” Dr Young said. “We need to get as many people in Queensland as possible vaccinated – we are nowhere near where we need to be.”

Queensland dropped behind Western Australia to become the Australian jurisdiction with the lowest first-dose vaccination rate on Thursday, at 51.65 per cent.

Dr Young said while accepting 80 per cent vaccination levels among adults was the high-level goal at this stage she was “pushing” for a higher rate and considering additional measures to protect under-12s based on what the updated Doherty modelling revealed.

Former Queensland chief health officer and emergency medicine expert Gerard FitzGerald, now based at the Queensland University of Technology, said whoever the broad herd immunity targets were set at “should be whoever is able to get the vaccine”.

“We’ll never have 100 per cent [vaccine coverage] … there will be deaths,” he said. “The challenge is when we as a country have the courage to let that happen.”

“It’s getting some of our leaders pretty fired up at the moment, but at the end of the day, we currently don’t have vaccines approved for young children,” Dr Khorshid said.

Previous Gladstone had worst air in Queensland four times this year
Next ‘Dangerous for our people’: Calls to rethink jab target for reopening