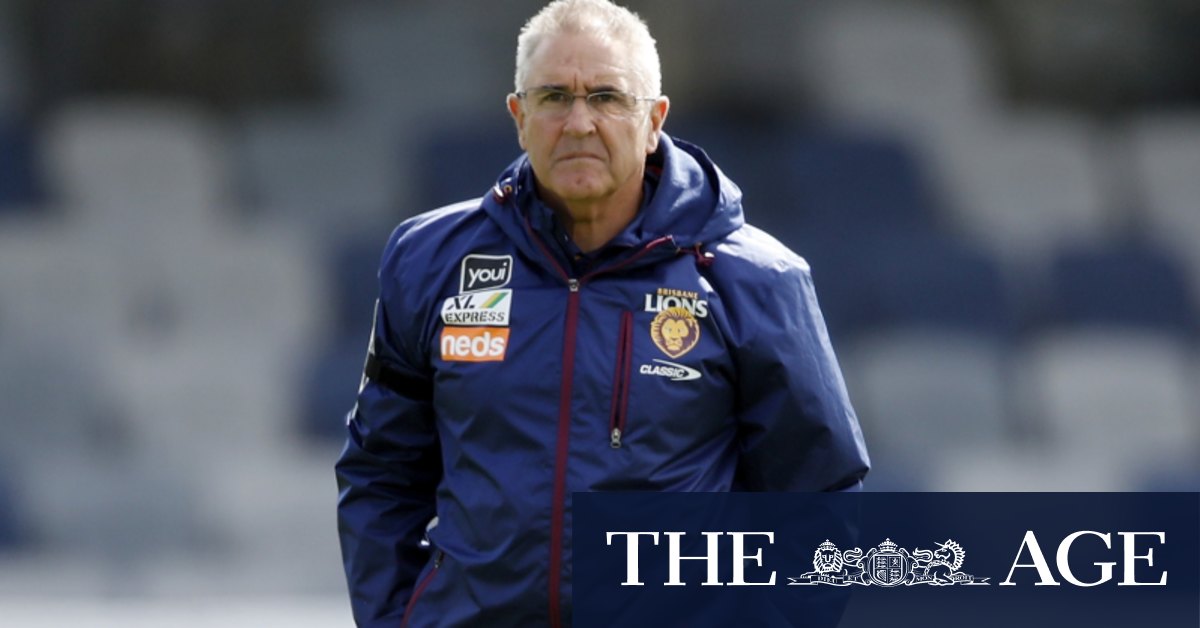 The absence of McStay (concussion) has dominated selection talk, for he has been a key linkman heading inside attacking 50, while booting 28 goals in 19 matches.

The Lions, beaten by the Dogs in round four at a cold and wet Ballarat, have recalled Deven Robertson and Jack Payne but Fagan threw up several options in how they could replace McStay. This included even sending star defender Harris Andrews forward, although he appears to be carrying an injury.

Regardless, the focus will still be on key forward Joe Daniher and the speedy Charlie Cameron to score.

The Bulldogs arrived in Brisbane on Friday and had a light run at Gabba, before they were confined to their team hotel as part of strict health protocols.

Meanwhile, Gold Coast have parted ways with football manager Jon Haines, as the club begins to shake up its football department.

Haines joined the club in 2017 with coach Stuart Dew, who is under pressure to retain his job. List manager Craig Cameron will replace Haines in the short term.

Previous Woman who kept domestic slave charged with intimidating victim, calling her from a payphone ahead of trial
Next ‘Unintended consequences’: Banks warn of rising costs if forced to fund coal