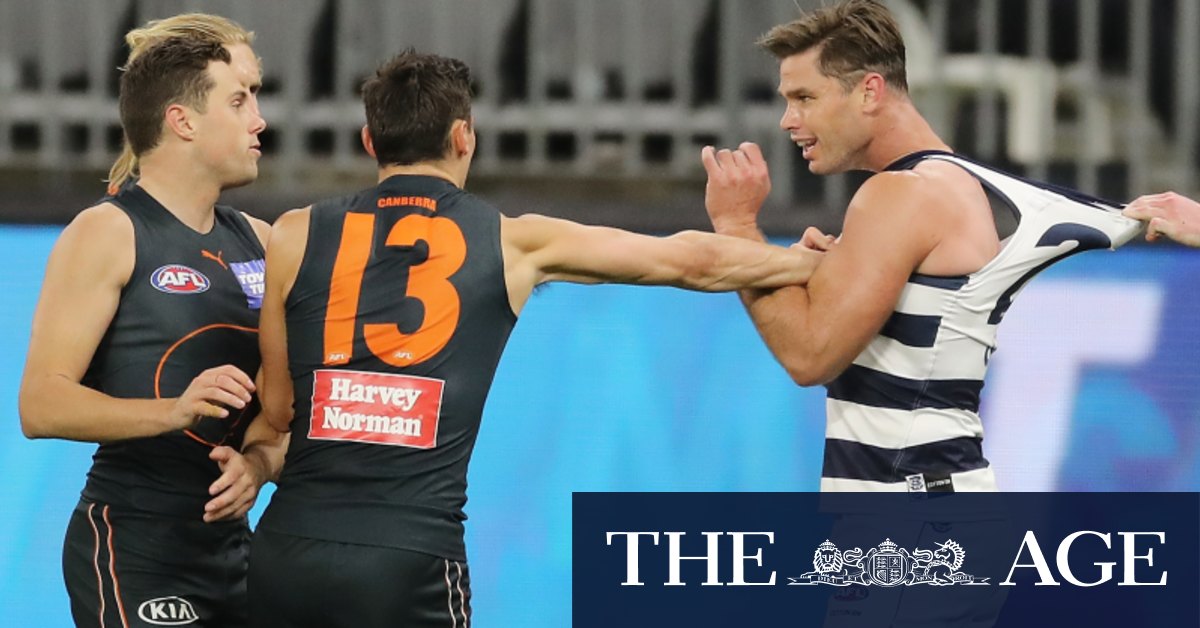 Zach Tuohy, who it seemed many had forgotten about since missing the previous three weeks, was dynamic in his return game.

He picked up 12 disposals in the first quarter and received little to no attention from the Giants for the remainder of the game.

But it was the difference between the two sides inside forward 50 that ultimately told the story of the game.

When Geelong went forward, they had options galore. If it wasn’t Hawkins or Cameron, it was Esava Ratugolea who was towering above Phil Davis and Taylor to take huge contested marks. And then there was Gary Rohan who despite his much talked about poor record in finals was lurking dangerously for much of the night.

When the Giants went forward, it was often being picked off by Mark Blicavs, Jack Henry or Lachie Henderson. Not only were they missing arguably the best forward-of-centre player in the competition in Greene, but they were cruelled when Hogan was forced to withdraw with a calf injury an hour before the bounce.

It meant that Harry Himmelberg had to play the role of the key forward and Tim Taranto was forced to spend the majority of the game forward, which in turn cost them at the centre bounces.

Teenager Conor Stone – in just his fifth game of AFL football and first since round eight – popped up for two important goals but he was the Giants’ only multiple goal kicker.

Lachie Whitfield was sublime off halfback and Josh Kelly was damaging with ball in hand, while Nick Haynes continues to prove himself as one of the club’s most important players. He was dynamic in defence and actually started the final term forward; kicking one of the team’s four goals in a row to start the last quarter.

Geelong will monitor Brandon Parfitt after the important Cat injured his hamstring late in the first quarter.

Previous ‘The pain is unimaginable’: Aussie wins silver after mother’s death
Next Co-working comes to Carlton