Breaking News
Home / Victoria News / Woman who kept domestic slave charged with intimidating victim, calling her from a payphone ahead of trial

Woman who kept domestic slave charged with intimidating victim, calling her from a payphone ahead of trial

admin September 3, 2021 Victoria News Comments Off on Woman who kept domestic slave charged with intimidating victim, calling her from a payphone ahead of trial 147 Views 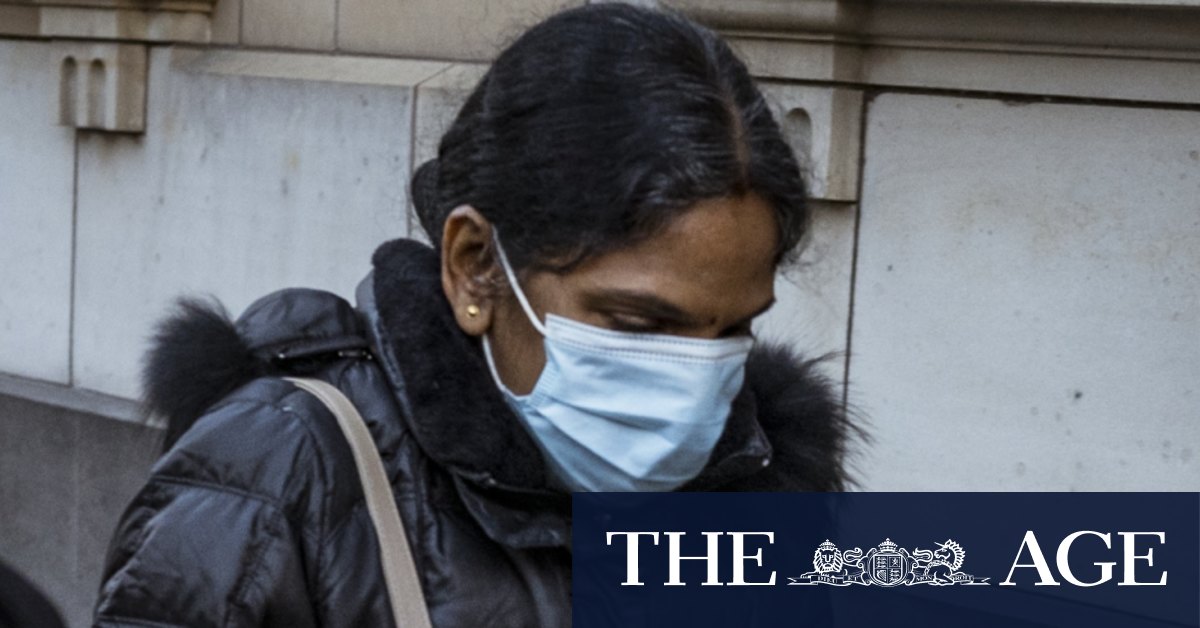 The next day when Ms Kannan was arrested, prosecutors allege she was wearing the same clothing as that person.

“The charges against Ms Kannan relate to an allegation firstly that she attempted to pervert the course of justice in relation to a trial in the criminal division of the Supreme Court. Namely, the trial for which she was ultimately convicted of slavery offences,” Ms Breckweg said.

“She’s also charged with committing an indictable offence while on bail, alleging that this occurred when she was on bail for the slavery offences.”

The victim later told police she believed the phone call was made to confuse her and persuade her not to give evidence at the slavery trial.

Ms Breckweg said the woman had been a victim of domestic slavery between 2007 and 2015 where medical and dental care was denied, as well as contact with her family in India.

“When the offending was discovered in July 2015, the complainant was taken to hospital … and placed in intensive care,” Ms Breckweg said.

There, it was discovered she was suffering from hypothermia, septicemia, pressure sores and lesions on hands and feet.

In July, Ms Kannan and her husband were jailed for eight and six years respectively after being found guilty of intentionally possessing and using a slave, following a 10-week-long trial.

Ms Kannan was ordered to serve four years before she is eligible for parole and her husband must serve at least three years.

The application was later abandoned and the matter will return to court on October 1.