Movers and shakers: Need rather than spending sprees to dominate AFL trade period

admin 3 weeks ago AFL Comments Off on Movers and shakers: Need rather than spending sprees to dominate AFL trade period 35 Views 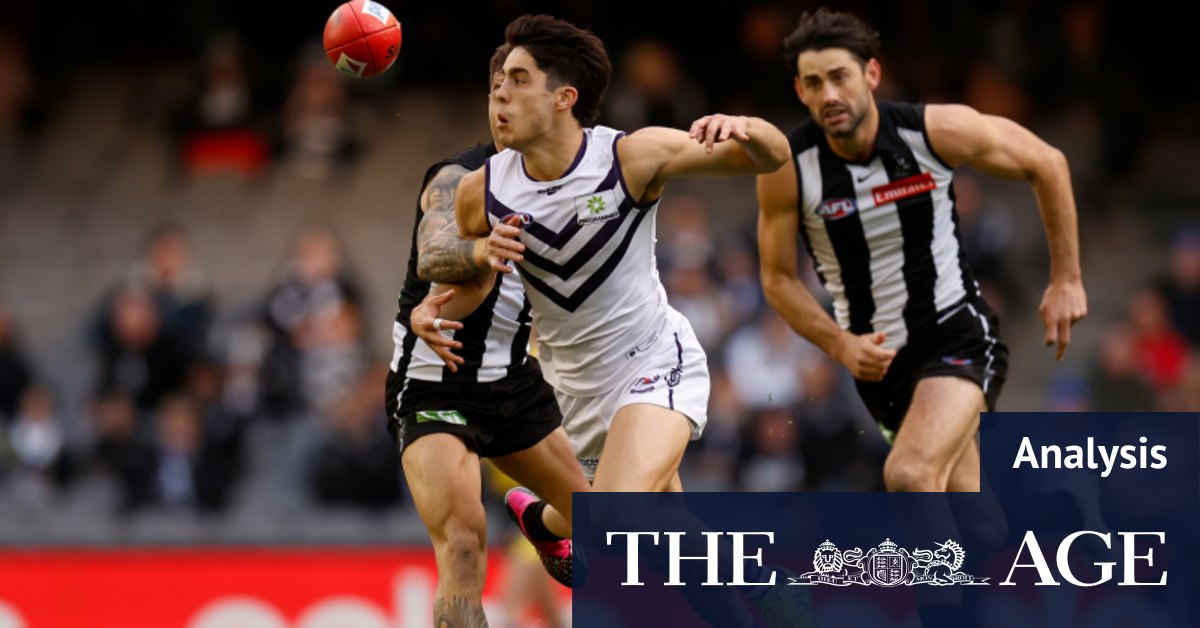 After last year’s headline-grabbing firesale that saw Adam Treloar, Jaidyn Stephenson, Tom Phillips and Atu Bosenavulagi leave, the Magpies are in for a much quieter trade period. They are expected to be forensic in their approach under new coach Craig McRae as they continue to regenerate their list with a tight salary cap. Skipper Scott Pendlebury will re-sign for 2022 and Jordan De Goey and Darcy Moore will be priority signatures next year. Back-up ruckman Max Lynch is scouring the market but will remain a Magpie if nothing eventuates while Mason Cox is yet to be offered a contract. The Magpies will also seek to gather the 700 points they need if the bid for father-son recruit Nick Daicos comes at the first pick in the national draft, which means they need another second round pick. Western Bulldogs midfielder Patrick Lipinski is one player of interest, with the 23-year-old starved of opportunities, although Whitten Oval will drive a hard bargain if he does decide to leave. Lipinski has not requested a trade, waiting for the Bulldogs’ season to finish before assessing options. The Magpies have also been keen to lure a crumbing forward to the Holden Centre.

The Cats are most likely to be delisting and trading out players during this year’s trade period with Charlie Constable, Quinton Narkle, Jordan Clark and Nathan Kreuger all set to test the market. Clark has a year left on his contract, but Fremantle have interest in the West Australian while Collingwood asked about Kreuger in 2020 but don’t have much space. Constable and Narkle don’t have clubs banging down the door, but they can play. Geelong are yet to re-sign free agent Cam Guthrie with negotiations dragging on for the 29-year-old on-baller. A quality player, his age stops him from being in huge demand elsewhere, and he wants to stay. Rhys Stanley has probably done enough to re-sign with the Cats particularly if he can match Max Gawn in the preliminary final. The main glaring need for Geelong is a key defender with delisted Crow Daniel Talia a possible cheap option.

It may not be the most significant trade period that the Gold Coast Suns have had in their short tenure, but it may well be Stuart Dew’s most important. The Suns are willing to trade their top five pick for the right deal, but is there a big enough fish available to poach? And if there was, would they go to the Suns? The club has shown interest in contracted Docker Rory Lobb as they search for a ruck-forward, but the Suns won’t be overpaying for him. Lobb left GWS to join Fremantle on a deal reported to be near $700,000 per year. The other option is for the Suns to split that pick (currently No.3) into multiple first-round picks. This year’s draft is seen as relatively even outside the top two picks, so list manager Craig Cameron may deem it wise to invest heavily in youth again if they can’t lure an A-grader.

The salary cap squeeze is on at the Swans, and it’s not just due to Franklin’s mega contract. So, how many will be pushed out? Recently crowned best-and-fairest Parker is yet to re-sign, but sources close to him say he’s more likely to recommit on a long-term deal than request a trade. Hewett is also considering a move to Carlton as a free agent, while Dawson is being courted by both South Australian clubs, but the Swans maintain he is going nowhere. A two-year contract extension would take Dawson through to free agency where he could reconsider his options. Speaking of South Australians, clubs are sure to inquire about silky left-footer Stephens. The Norwood prodigy has played just 12 games since being taken with pick five in the 2019 national draft and is looking for more senior opportunities.

The Bulldogs are in the market for a ruckman if they can find the right one to back up Stefan Martin who was not available at the pointy end of the season, leaving makeshift ruckman Lewis Young in the role. Given Tim English could yet emerge if the coach regains faith in him, they just need a solid contributor so need to jump on the ruck merry-go-round to lure a Toby Nankervis-type as Richmond did at the end of 2016, with players such as Collingwood’s Lynch, the Giants’ Matt Flynn and Fremantle’s Lloyd Meek among those starved of opportunities. Lipinksi has a three-year offer on the table from the Bulldogs, with Carlton and Collingwood interested. He is yet to decide on his future and will wait until post-season, but he is a required player. Mitch Wallis has had an offer in front of him since mid-year but is a free agent and is likely to depart seeking opportunities if he can find a suitable home.