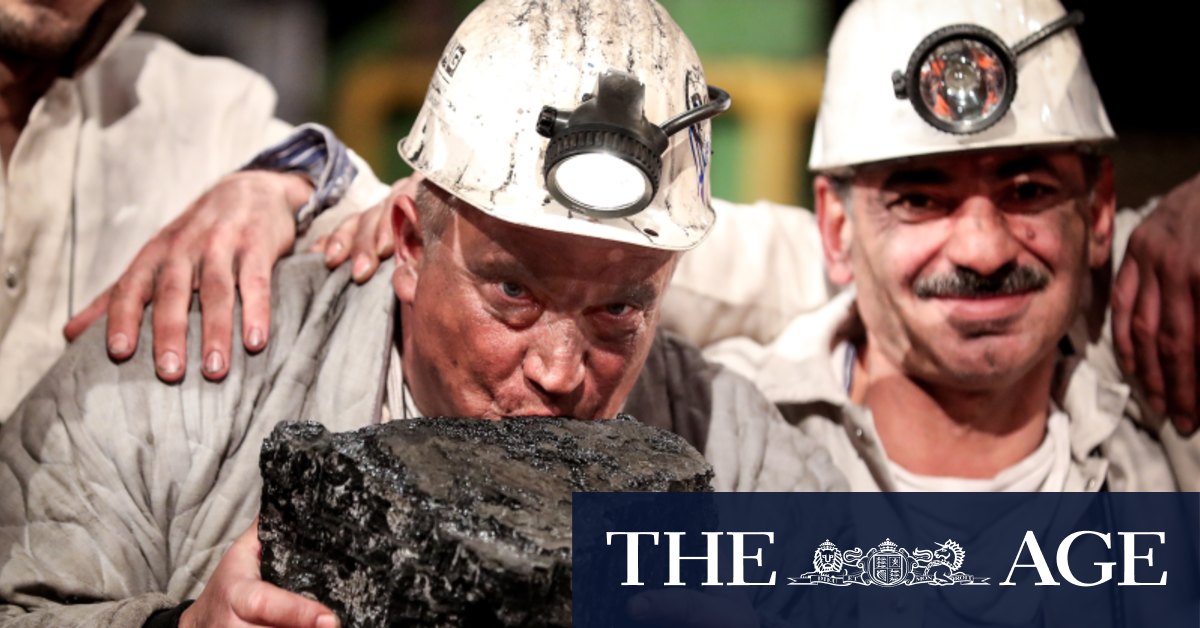 The federal government has said its preference is to reach net zero before 2050, but it has not made a formal commitment to reaching the target.

Mr Hart’s speech comes as high-level calls to end the world’s thermal coal industry intensify in the lead up to the COP26 climate talks in Glasgow in November, and are likely to be raised during the United Nations General Assembly later this month.

Alok Sharma, the Conservative United Kingdom cabinet minister who is to be the formal host of COP26 has spent much of his time in recent months travelling the world in a diplomatic push to have countries agree to a timeline to end coal use.

“If we are serious about 1.5°C, Glasgow must be the COP that consigns coal to history … we are working directly with governments, and through international organisations to end international coal financing,” he said in a speech in May.

“The days of coal providing the cheapest form of power are in the past. And in the past they must remain … The coal business is going up in smoke. It’s old technology. So let’s make COP26 the moment we leave it in the past where it belongs.”

In his speech for the ANU Mr Hart said the nation faced increased droughts, heatwaves, fires and floods, while Pacific island nations could be “wiped from the map” by climate change.

“Mass relocations of entire national populations would be among the catastrophic results.”

A spokeswoman for Energy and Emissions Reduction Minister Angus Taylor said that Mr Hart was, “right to point out that action and achievement this decade matter more than future aspirations and ambition.”

“Australia has a strong 2030 target and a clear plan to meet and beat it.

A spokesman for the Energy Council of Australia said the group was on record as supporting net zero by 2050.

The chief executive of the Minerals Council of Australia, Tania Constable, said its members supported the Paris Agreement and the transition to a net zero economy, and were accelerating exploration for metals and minerals needed for new zero emission technologies.

“Mining directly employs 256,000 – triple the number 20 years ago – and the mining and METS [mining, equipment, technology and related services] sector directly employs 480,000 people, indirectly employs 650,000 through purchases from other sectors, and in total supports 1.1 million jobs, or 10.8 per cent of national employment,” she said.