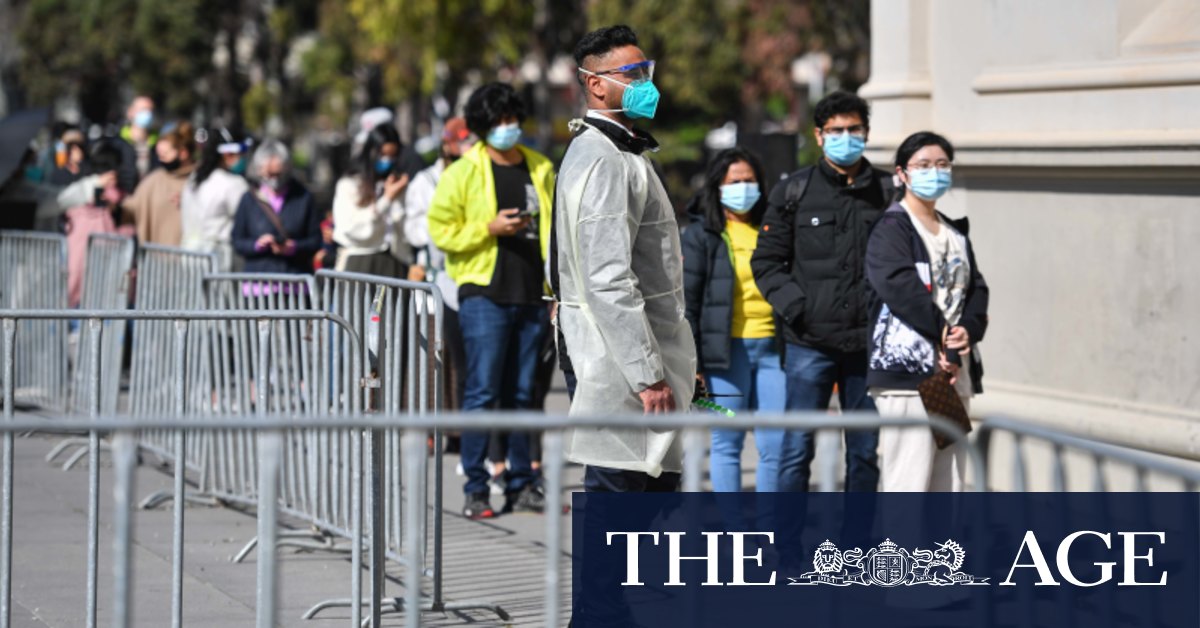 Mr Foley said only one of the 92 people in Victorian hospitals with coronavirus at the start of this week was fully vaccinated, and that person was now well enough to be discharged.

The rare side effect linked to the AstraZeneca vaccine is called thrombosis (blood clots) with thrombocytopenia (low platelets), but despite the name, there is no evidence that people are at additional risk simply because they have a family history of blood clots or strokes, for example.

Dr Price said Pfizer was recommended for pregnant women and children, but, overall, “there are only a few limitations on getting the AstraZeneca, and blood clots is not one of them – unless it’s a very particular type of blood clot”.

Nevertheless, Melbourne GP Magdalena Simonis said some of her patients, including those with bruising, had been unnecessarily concerned about this issue.

“The majority of people who have previously had a stroke, deep-vein thrombosis, pulmonary embolism, are on blood thinners, take aspirin to prevent a stroke are all candidates for AstraZeneca,” Dr Simonis said.

Asked if anyone should be waiting to get Pfizer, Melbourne GP Ines Rio said this would require an “individual discussion, but “overall my recommendation is to get vaccinated ASAP – with whatever you can get”.

A few weeks ago when the interval between jabs was vastly different, and coronavirus cases were lower, Dr Rio was largely recommending younger people wait a few weeks as she felt they would probably finish their Pfizer before their AstraZeneca doses, even if they had to wait a while for Pfizer.

“That’s not the case now as they are both six-week intervals.” she said. “There will be more Pfizer around soon, but the COVID cases will also go up. The death rate from clotting with AZ is very low at about one in a million and the vaccine is very effective.”

Coronavirus is now being detected across Victoria, although the largest clusters are still located in Melbourne, including 129 new cases in the city’s northern suburbs and 71 in the west.

Dr Simon Benson, a GP at The Clinic Footscray in Melbourne’s west, believes “hardly anyone should be waiting for Pfizer”.

The Australian Technical Advisory Group on Immunisation strongly recommends AstraZeneca for those aged 60 and over, and also says it should be considered by all adult Australians in communities such as Melbourne affected by outbreaks if they do not have immediate access to Pfizer.

The advisory group said the Pfizer vaccine is preferred for people with a history of idiopathic splanchnic (mesenteric, portal, splenic) vein thrombosis and antiphospholipid syndrome with thrombosis.

However, it said the risk of thrombosis with thrombocytopenia isn’t increased for those with a history of blood clots in typical sites, increased clotting tendency that is not immune mediated, family history of blood clots, history of ischaemic heart disease or stroke, current or past thrombocytopenia (low platelet count) or those receiving anticoagulation therapy. This means this group can receive the AstraZeneca vaccine.

For those among the highest risk of dying from COVID if unvaccinated – those in their 60s and above – there has been one death in Australia from the rare vaccine side effect, compared with 995 deaths from COVID.