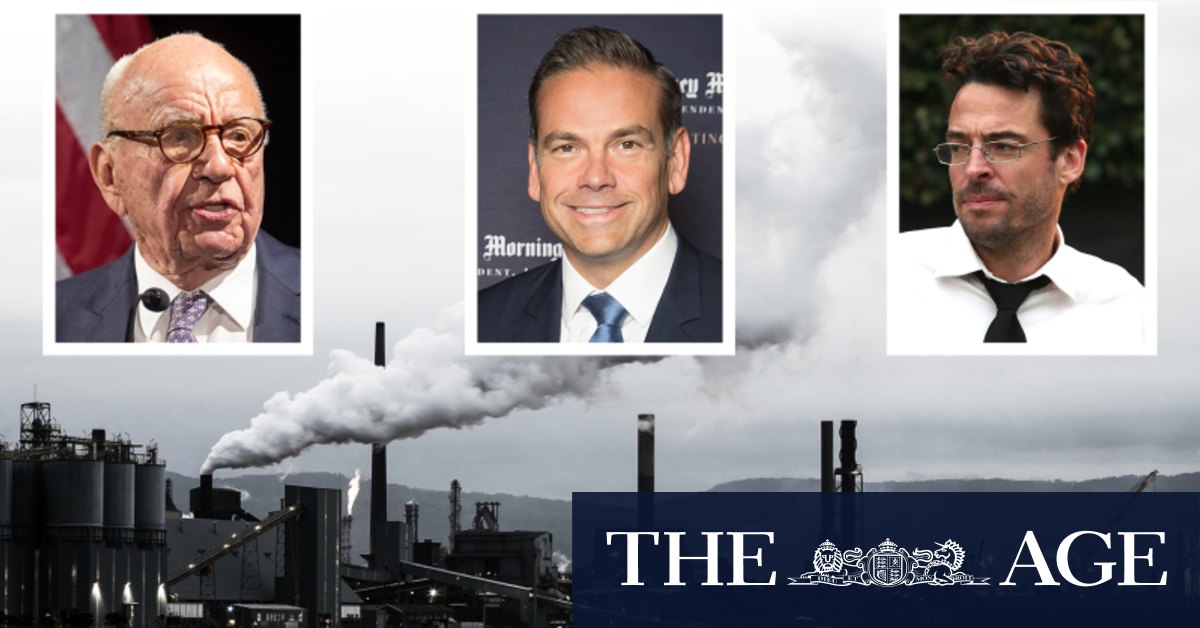 Water crashing through New York subways, extreme wildfires tearing through California, Greece and Australia’s own black summer: All media companies, but especially those with populist and tabloid voices, know the power of these images in a world dealing with the catastrophic impact of climate change.

News Corp Australia’s decision to end its long-standing editorial hostility towards carbon-reduction policies and advocate for the world’s leading economies to hit net zero emissions by 2050 is welcome, but lags far behind a broader shift in the business community and among voters.

For more than a decade, News Corp has cast doubt over the science behind global warming and has attacked federal government efforts to reduce emissions. The negative campaign and promotion of climate sceptics including Peter Ridd – a physicist who has been critical of science linking climate change to coral bleaching on the Barrier Reef – peaked during Australia’s deadly bushfires almost two years ago. Rupert Murdoch’s youngest son, James Murdoch, publicly denounced the “ongoing denial” of climate change before quitting the News Corp board last August, citing concerns about its editorial position.

From next month, the owner of newspapers The Daily Telegraph and The Australian, and 24-hour news channel Sky News Australia, will promote the benefits of a carbon-neutral economy. This comes as world leaders prepare for a critical climate summit in Glasgow later this year. As the Herald has reported, the company will run a two-week campaign advocating for a carbon net zero target to be reached by 2050, which commentators now regard as a minimalist position. The boss of Sky News, Paul Whittaker, said it was not so much a campaign as “an exploration of a very complex issue”.

The decision to stop wasting time challenging the science makes pragmatic business sense for Rupert Murdoch’s global media empire in the face of growing international condemnation and pressure from advertisers over its editorial stance on climate change. Despite the company’s faded political influence, it may also help Prime Minister Scott Morrison persuade rebel backbenchers in the Liberal/National Coalition to support a zero emissions target.

While News Corp’s change in position is welcome, it is only now catching up with the rest of the country.

The Business Council of Australia and Australian Industry Group and company boardrooms around the country have already led the way. The peak employer groups have embraced the science of climate change. They support the Paris Agreement (to limit global warming to well below 2 degrees Celsius) and transitioning to net-zero emissions by 2050. They have also supported the need for a market-based carbon price to drive investment in low and no-emissions technology.

NSW Liberal Minister Matt Kean, who has been criticised by the Daily Telegraph for championing the cause, has openly criticised his federal colleagues for refusing to commit to net zero carbon emissions by 2050. The change in the Murdoch media editorial position and its plan to focus on jobs in a decarbonised economy has made Kean more hopeful of gaining some federal support.

The federal government will struggle to neutralise opposition to a zero emissions target in regional Queensland while providing the Coalition with some ammunition against the threat of independents and Greens in vulnerable urban seats.

Previous Four thrillers in as many seasons: Dees and Cats hard to split
Next Twilight zone: AFL agrees on bounce time for Perth grand final