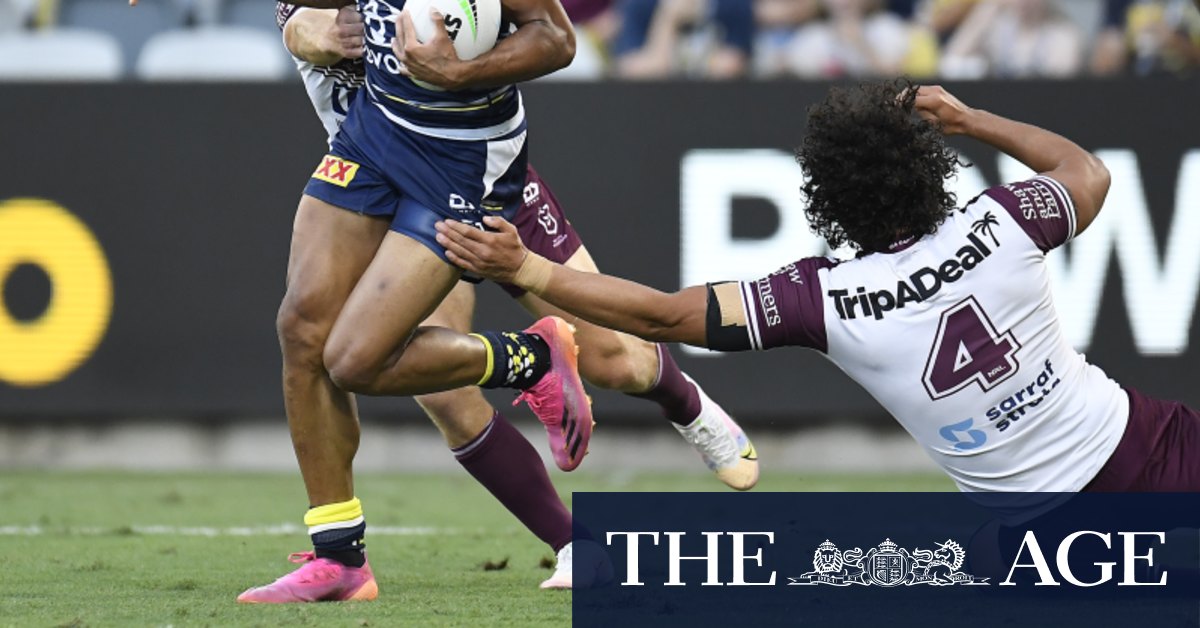 Manly skipper Daly Cherry-Evans, whose side racked up 22 points in the final ten minutes against the Cowboys, said of the surface: “It looked worse than what it was, I had people after the game ask me what the field was like, but it was a beautiful track, nice and fast and in pristine condition.

“The grass was soft, almost a bit carpet-like, but the ground itself was quite firm. I enjoyed playing on it.”

Roosters skipper James Tedesco said a potential title in 2021 would mean so much more than the 2018 and 2019 premierships because of the retirements and shocking injury toll the club has faced this season. The return of Victor Radley from suspension and Jared Waerea-Hargreaves from injury for the Titans game was a timely boost for the Roosters, said Tedesco, with the club about to field their strongest side possible.

“To be able to captain this team to a Grand Final win, I don’t think I could top that, and it would be really special,” Tedesco said on Monday.

“In 2018 and 2019, they were really special, but to go all the way with what we’ve had to overcome this year would be unbelievable. We’ve got the belief, there have been no excuses, we’ve just got to get the job done.

“It’s the most important time of year and we’re getting our troops back. We’ve missed a couple through season-ending injuries and retirement, but we’ve got a strong team heading into the finals, and those guys [Radley and Waerea-Hargreaves] have had a bit of a rest, so they’re fresh and ready to go.”

Previous NSW shark attack victim identified as expectant father
Next Guy set to become Lib leader, but O’Brien may ‘blow place up’ as he leaves