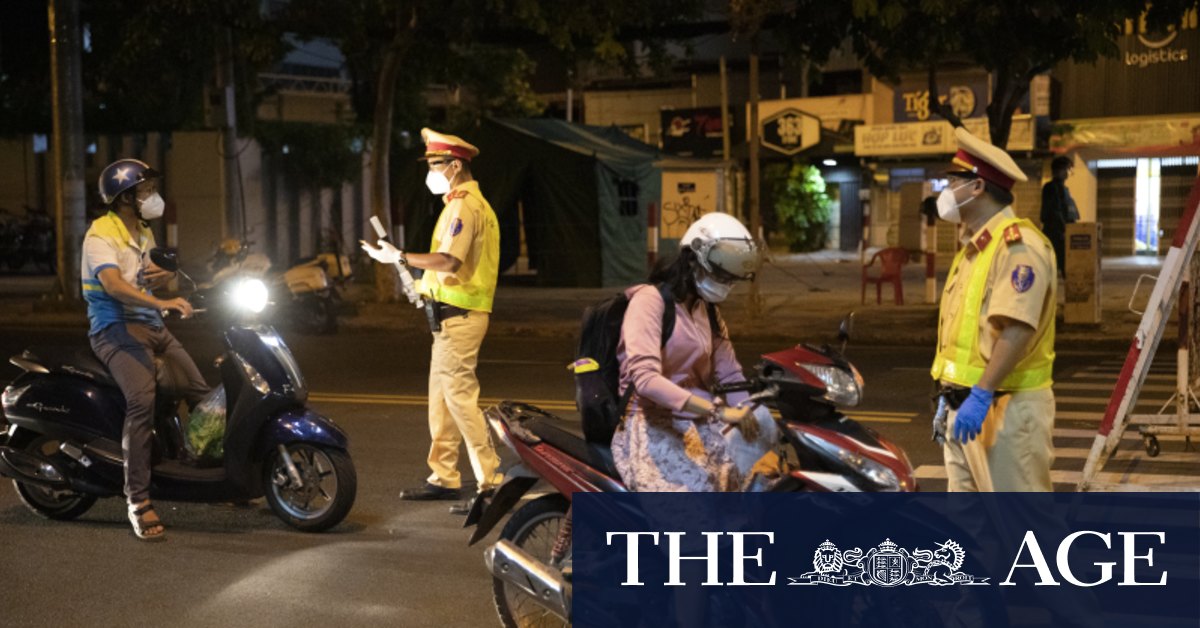 The country has sentenced two other people to 18-month and two-year suspended jail terms on the same charges.

Vietnam’s capital, Hanoi, extended COVID-19 restrictions on Monday for a further two weeks, as authorities launched a plan to conduct tests on the city’s 8 million people to try to curb a climb in infections that started in late April.

Hanoi, which has ordered people to stay home and halted all non-essential activities since July, has divided the city into “red”, “orange” and “green” zones based on infection risk.

“People in quarantine camps, isolated areas or in red areas will be tested three times per week,” city authorities said in a statement late on Monday, adding that people in other zones would be tested every five to seven days by either a PCR or rapid antigen test.

Hanoi has been reporting 50 cases daily on average and has recorded over 4100 cases since the pandemic began, official data showed.

Hanoi authorities are eager to keep the outbreak from reaching the intensity seen in Ho Chi Minh City, which accounts for nearly half of the total infections and 80% of fatalities.

In the southern business hub, where a strict lockdown is in place until September 15, people have been encouraged to test themselves using antigen COVID-19 kits after health services were overwhelmed.

In a rare live broadcast of questions from the public to an official late on Monday, Phan Van Mai, chairman of Ho Chi Minh City, said some restaurants in safe zones would be allowed to reopen for takeaway and that city authorities would look to gradually reopen the economy.

Vietnam has one of the lowest coronavirus vaccination rates in the region, with only 3.4 per cent of its 98 million people fully vaccinated, and 19 per cent with one shot.