Behaviour of a minority does not represent values of Jewish tradition 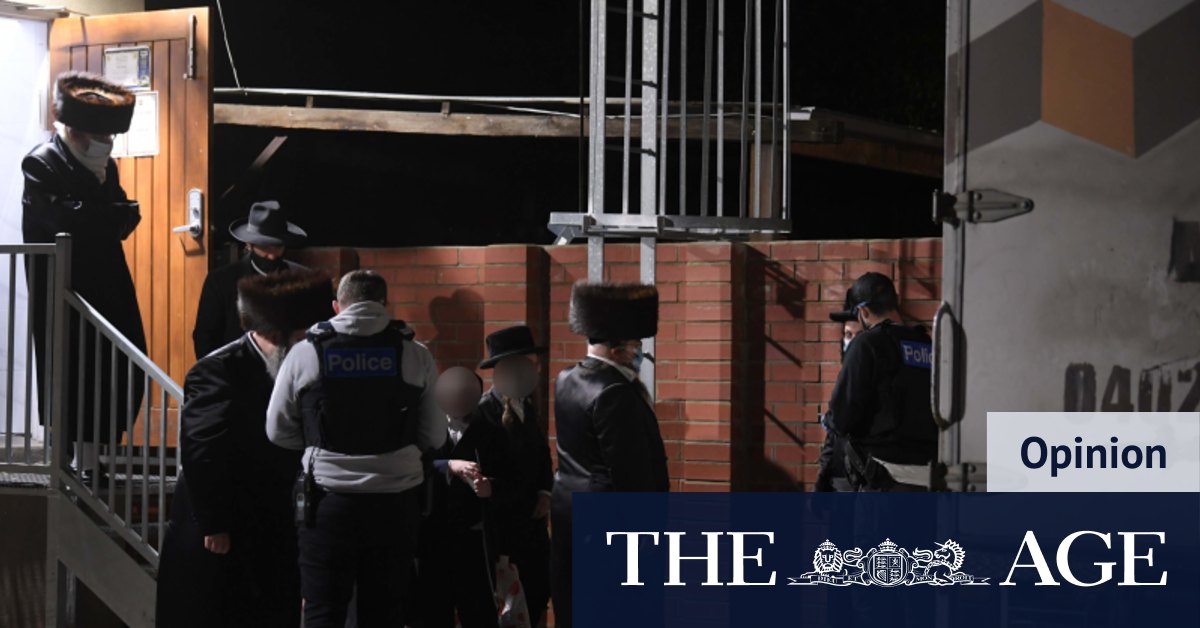 Obeying the law of the land is a religious requirement. Our long diaspora history means Jews have often lived as minorities in countries that were not always hospitable. Being scrupulous in observing secular law became a religious principle which helped Jews to live peaceably with their neighbours.

The group who breached lockdown are exceptionalists who in no way represent the Australian Jewish community. They are an ultra-Orthodox sect that demographer Professor Andrew Markus estimates makes up 2 per cent of the 55,000-strong Melbourne Jewish community.

They are to Jews what the Amish are to Christians: a closed community who live separately from the rest of society. Like the Amish, they are easy to spot. Their dress resembles the way their founders dressed in 18th-century Poland: men with long curling sidelocks and, on holy days, fur hats; women in long skirts and heavy stockings, hair covered after marriage.

Their separation and rigid focus on the detail of ritual renders them oblivious to pretty much anything else. Most Jews find their behaviour as strange as non-Jews do.

This week, we also found it frightening. Jews have a long history of being victimised when times are hard and there is a palpable fear in our community that haters will find a way to use the behaviour of this tiny minority to stir up anti-Semitism.

No behaviour by individuals justifies an attack on the group, but we’ve seen it before.

Whether they are religious believers or cultural Jews, most Australian Jews made a significant sacrifice this week in giving up a form of celebration that is a very important part of our lives.

The Premier said recently that he hopes the state will be able to be out of lockdown in time to have a normal Christmas.

Your Jewish neighbours hope so too. Almost all of us missed out on family and community this week so that, hopefully, when it comes to your special day, you won’t have to.

We pray for a sweeter new year for all of us.

Deborah Stone is a Melbourne journalist and communications consultant, a columnist for Plus61J, and a former editor of the Australian Jewish News.