Learning curve: Stanley and Cats plan for rematch with Gawn and Demons

admin 2 weeks ago AFL Comments Off on Learning curve: Stanley and Cats plan for rematch with Gawn and Demons 19 Views 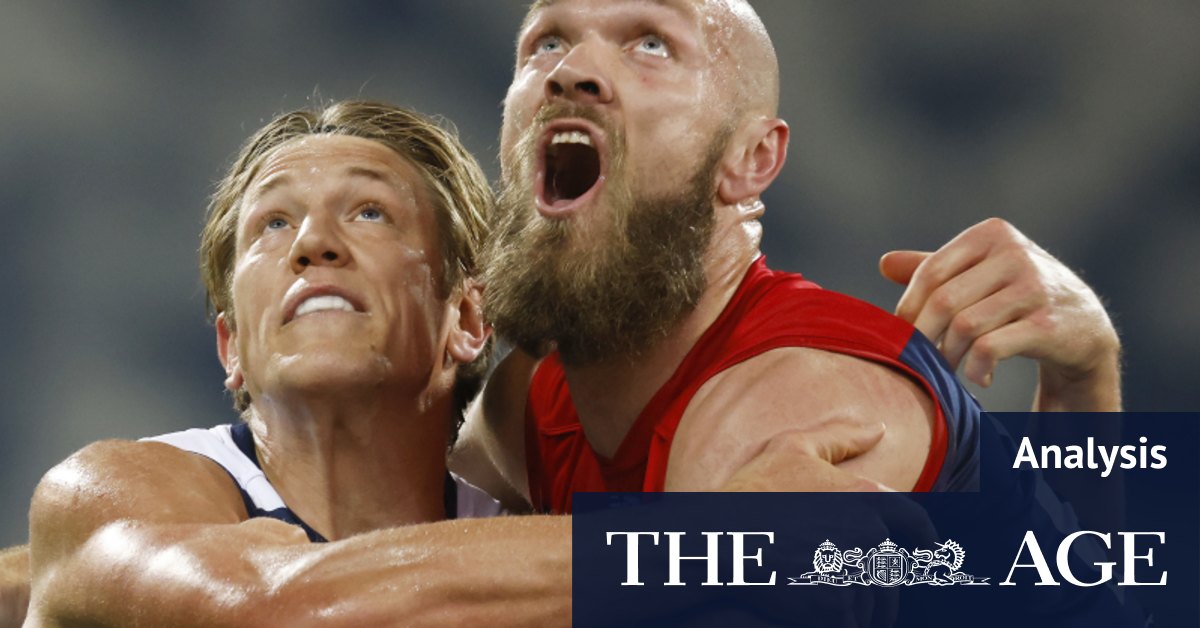 “We’ll watch what happened last time, watch the first half, watch the second half. See the contrast and yeah, try and come up with a bit of a plan,” said Stanley, who indicated he would also make adjustments for playing on Big Max.

“Yeah, definitely go into a game planning on each opponent and trying to change slight things.”

There’s always a question of how much attention is given to one’s opponent or opposition, compared to playing your game. Stanley thinks both are necessary in this preliminary final.

“The thing that is constant, the entire thing, is about you and the way you go about your games, but I definitely look at his game and what he does well, which is a lot.”

Stanley did not wish the story to focus on him and Gawn – “I just want this to be about us [the Cats]” – while explaining what made Gawn – who is eight centimetres taller than the Geelong ruckman, according to the listed heights – great.

“Max is an all-round player. He’s fantastic at his tap work, his ruck work. He’s strong, he’s big. He’s much heavier than I am. He’s a big guy.

“So, yeah, he’s a great player and obviously, he’s the All-Australian captain for a reason. He’s a really solid player and has been for a long time. Really found his craft, found what works for him. And he’s obviously been quite dominant in the position for a few years.”

Momentum, rather than fatigue, had been what Stanley felt had mattered. And, like his coach Chris Scott, Stanley was approaching this final with a glass-half-full view of their previous encounter.

“At this time of year, you’d be silly to be thinking about anything with the mindset of glass half empty. You know, you’ve made it to a prelim – they’re not easy to get to.

“Our best is well and truly good enough. It’s about bringing our best.″⁣

Stanley, 30 and in his 13th season, is coming out of contract, but indicated there were discussions about a new deal.

“Yeah, it’s being worked through, yeah, with a bit of luck some stuff will get worked.”

The coaching instructions to Stanley – who’s played in nearly every key position (even full-back at St Kilda under Scott Watters) and is still developing his ruck smarts – were basic: “Be an extra midfielder, help with the contest, help your mates. Pretty simple.”

While the Cats will look closely at round 23 and take an upbeat view, the 2020 grand final hasn’t been raised much, or at all, among the players. Stanley said that was the way of modern footy.

“Not really come up in our discussions … it’s 12 months ago. It does seem like a long time ago … it’s week to week, every opposition’s quite different.”