Breaking News
Home / National News / ‘Still need to remain on guard’: The suburbs where COVID is starting to spike

‘Still need to remain on guard’: The suburbs where COVID is starting to spike

admin 3 weeks ago National News Comments Off on ‘Still need to remain on guard’: The suburbs where COVID is starting to spike 23 Views 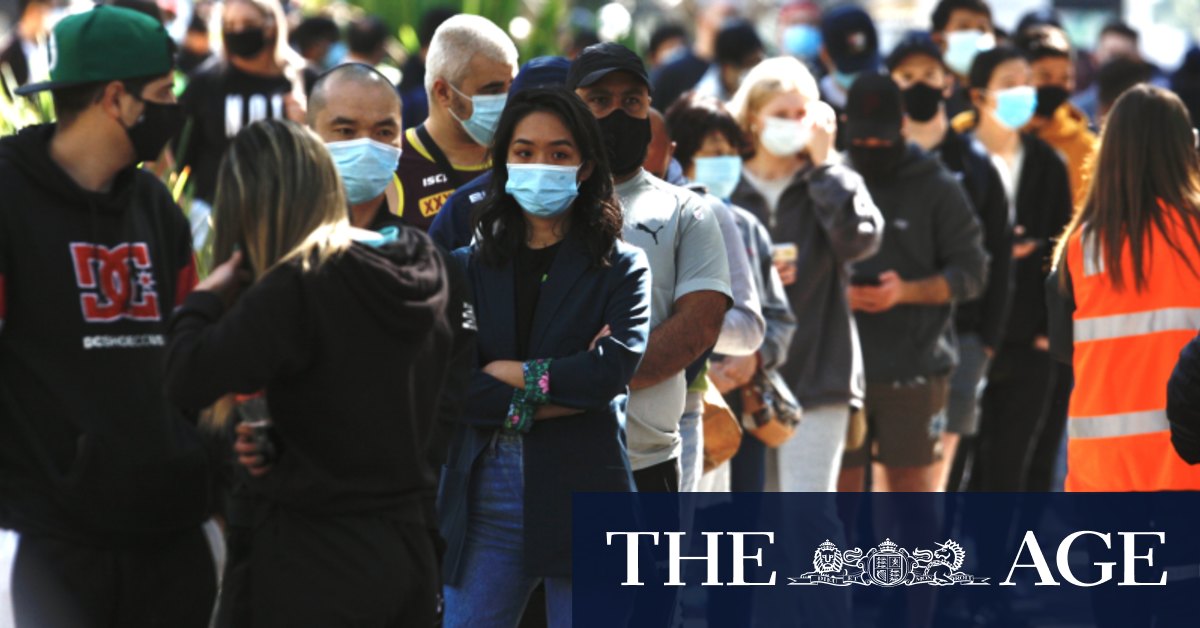 “While there are those 12 LGAs of concern, the rest of Sydney is not immune to COVID and this is a reminder we all still need to remain on our guard and get vaccinated,” said NSW president of the Australian Medical Association and Newtown GP Danielle McMullen.

The number of people being vaccinated in Sydney’s eastern suburbs has slowed in recent weeks as first-dose figures in parts of the city’s west surge past 80 per cent, with the City of Sydney and Randwick now recording the lowest vaccination rates in metropolitan Sydney.

“While parts of western Sydney and south-western Sydney are demonstrating outstanding results, there are other parts of Greater Sydney where we’d like vaccination rates to go up,” Premier Gladys Berejiklian said on Wednesday.

Data NSW reports fewer than half of residents in the 2008 postcode, including the suburbs of Chippendale and Darlington, have received their first COVID-19 dose, second only to Silverwater among the lowest rates in metropolitan Sydney. Fewer than 60 per cent of Waterloo, Kingsford, Ultimo and Elizabeth Bay residents have received a shot.

The population data is sourced from the ABS Estimated Resident Population 2019 and may not accurately reflect the current numbers of residents.

A group of Chippendale residents have written to both the Premier’s Office and the City of Sydney, expressing concern about the potential for outbreaks in the small, densely populated suburb of about 10,000 residents, including a high proportion of recent migrants.

Residents of Sydney Local Health District aged 16 to 59 have been eligible to receive the Pfizer vaccine at state-run hubs for the past fortnight.

University of Sydney Students’ Representative Council president Swapnik Sanagavarapu expressed concern that international students living near the campus, which straddles the inner suburbs of Camperdown and Darlington, had experienced “administrative issues” in accessing vaccination after the university’s on-campus medical centre decided to only administer doses to Medicare cardholders.

“We sent a letter a couple of days ago to the Health Minister to ask if you could make it clear across the board that Medicare cards are not required for vaccination,” he said. Mr Sanagavarapu said he believed international students in the community were otherwise inclined to be vaccinated.

“You’d expect that international students would want to be vaccinated so that, sooner rather than later, they can see their families,” he said.

A University of Sydney spokesperson confirmed on-site vaccinations for students, their partners and dependents were only available for Medicare-card holders at its University Health Service, but said the service had directed members of the community without a Medicare card, including international students, to book appointments through NSW Health clinics.

“There is no denying that this pandemic has been incredibly tough on our international students, who have been cut off from their loved ones and many have lost their jobs, but … vaccination will be key to getting back to life as normal,” he said, noting there are about 110,000 international students in NSW.

Three-quarters of the state have now received a first dose of vaccine and 42 per cent are fully vaccinated.