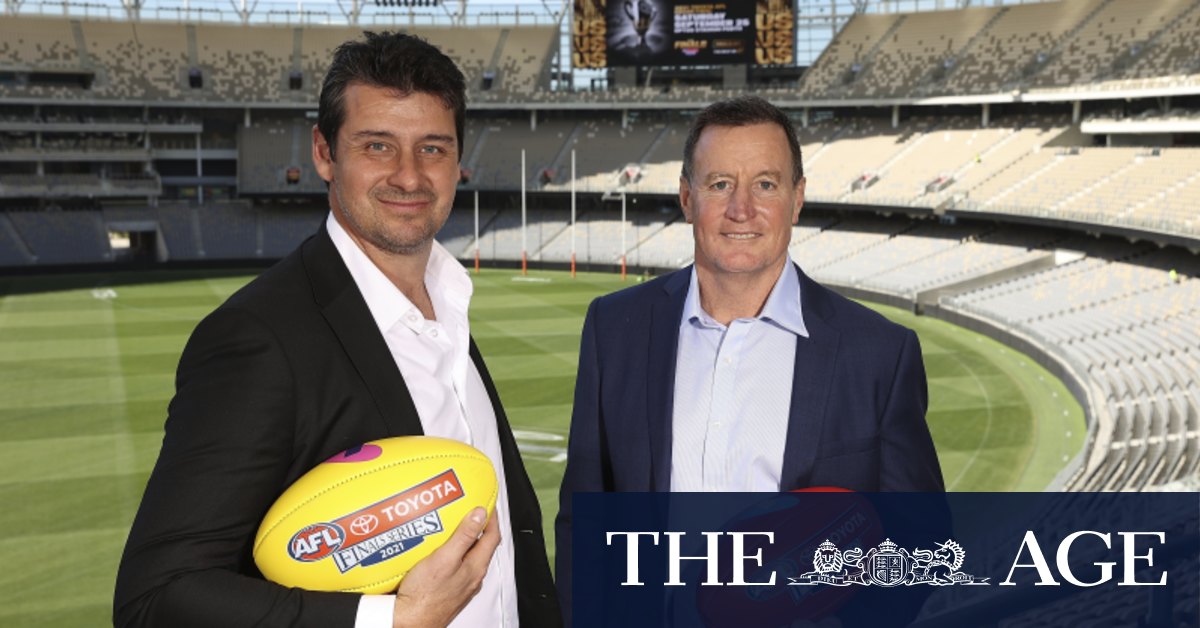 “I spoke to ‘Woosh’ before. Both of us never got to play on this ground … I can’t wait to be a part of it in a small way,” Embley said.

“To present the Norm Smith on such an historic occasion here in Perth will be something very special to me.

Worsfold said he could already feel the buzz in Optus Stadium.

“It’s a crowning moment in what you’re trying to achieve as a coach but it’s not a big aim you have, there’s plenty of other ways to measure success as a coach,” he said.

“The fact that game was sold out in a matter of hours shows how much we love our sport over here in WA.”

Embley liked the form of all four teams while Worsfold thought Port Adelaide was in the box seat despite liking both the Power and Bulldogs pre-season.

The AFL said Collingwood legend Nathan Buckley and the Eagles’ 2006 premiership captain Chris Judd were next in line to present the Norm Smith Medal, but both were unable to travel to WA due to current COVID-19 border restrictions.

Former Sydney and Melbourne coach Paul Roos was meant to hand out the Jock McHale Medal but was also unable to make it into WA, with the trio in line to present the medals in 2022.

Wednesday’s announcement came as the AFL confirmed several other key aspects of its grand final agenda for the September 25 spectacle.

The first bounce at Optus Stadium will take place at twilight, 5.15pm AWST, meaning the season decider will be broadcast interstate in primetime for the second consecutive year. The Brownlow Medal count, also at Optus Stadium on Sunday, September 19 will start at 5.30pm AWST.

There will be four other venues across the country also set up for the night, with players to attend the location closest to where they are currently residing.

Plans for a grand final parade were being finalised, but the event would be a free ticketed one rather than a street parade, as was usual in Melbourne.

“We have decided that given the tight time constraints and our continued conservative approach to dealing with the pandemic, that it would be a more appropriate option to give fans a free ticketed event,” the AFL said in a statement on Tuesday.

“[The event] will showcase the premiership cup and the competing clubs and players on the eve of the grand final – those details will be released in coming days.”

Tickets to the preliminary final between Melbourne and Geelong at Optus Stadium on Friday night sold out within hours on Monday.