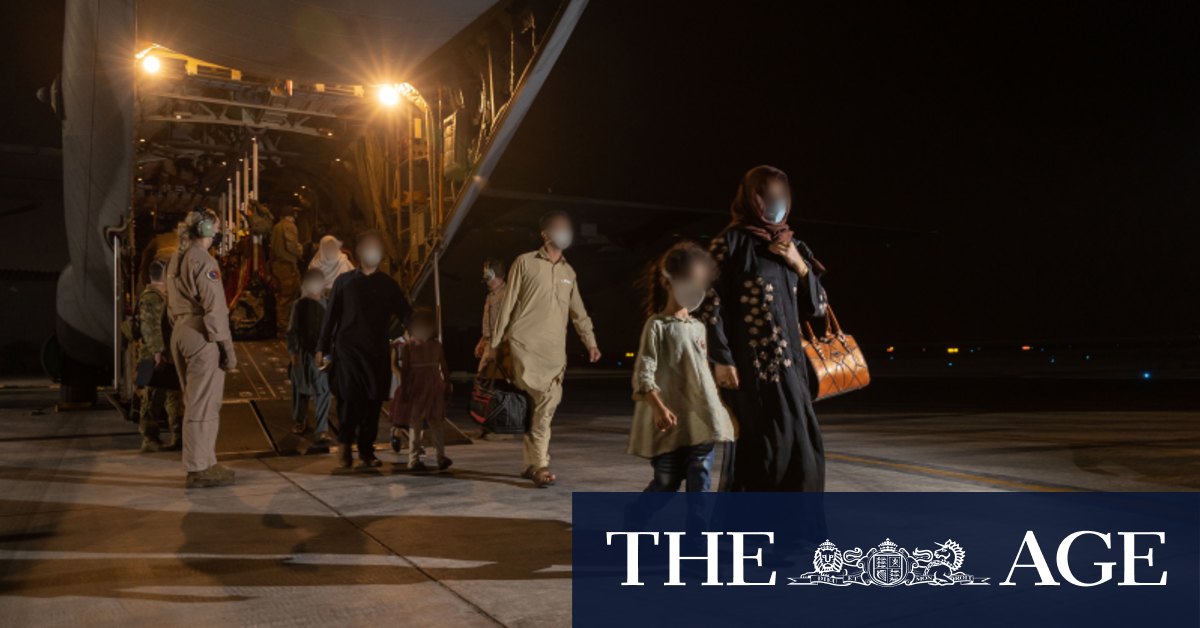 In nine days and without an embassy on the ground, Australia managed to evacuate more than 4100 people following the fall of Kabul, ending its rescue operations hours before a terrorist attack killed 13 American soldiers and about 169 Afghan civilians.

With Kabul’s airport still closed and the allied evacuation effort over, it is impossible for Afghans to fly out of their own country, forcing many to flee to other countries.

Mr Morrison told reporters on Wednesday more than 3500 people had now been flown to Australia and evacuations from the Helmand base had now been completed.

“Of those 3500, some 2500 are women and children in one of the most desperate and most dangerous parts in the world,” Mr Morrison said.

“We are continuing to work with our coalition partners on the next phase of that program.”

He said 250 ADF personnel who were tasked to the Middle East evacuations would progressively return to Australia in the coming days and placed into quarantine.

Meanwhile, Taliban authorities have agreed to let 200 American civilians and third country nationals, who remained in Afghanistan after the end of the evacuation operation, to depart on charter flights from Kabul airport, a US official said.

The Taliban were pressed to allow the departures by US Special Representative Zalmay Khalilzad, according to the official, who spoke to Reuters on condition of anonymity.

The departures were expected on Thursday. The official could not say whether these Americans and third country nationals were among people stranded for days in Mazar-i-Sharif because their private charters have not been allowed to depart.

Defence Force chief Angus Campbell this week said he was surprised by the speed of the Taliban’s takeover of Afghanistan and suggested the fall of the capital, Kabul, was accelerated by some “interesting” decisions by the Afghan National Army and the hasty departure of president Ashraf Ghani.

The Taliban this week announced an all-male interim government for Afghanistan, stacked with veterans of their hard-line rule from the 1990s and the 20-year battle against the US-led coalition. They included Sirajuddin Haqqani, who is on the FBI’s most-wanted list with a $US5 million bounty on his head and who was appointed as Interior Minister.

Australia is likely to resettle more than 12,000 Afghan refugees over the coming years as part of its established humanitarian program. The Prime Minister promised Federal Parliament last month that “thousands upon thousands” who had “courageously” stood with Australian forces over the 20 years would be given safe haven.

Women, children and religious minorities are likely to be prioritised but, unlike the additional one-off intake of Syrians, all positions will be under Australia’s existing humanitarian program cap of 13,750 people a year.

A senior government source said the government would match its 2015 promise to resettle 12,000 Syrian refugees over a number of years and probably go some way towards the promises by Britain and Canada to take 20,000 over five years.

Mr Morrison has so far only committed to resettling “more than” 3000 Afghans this financial year.