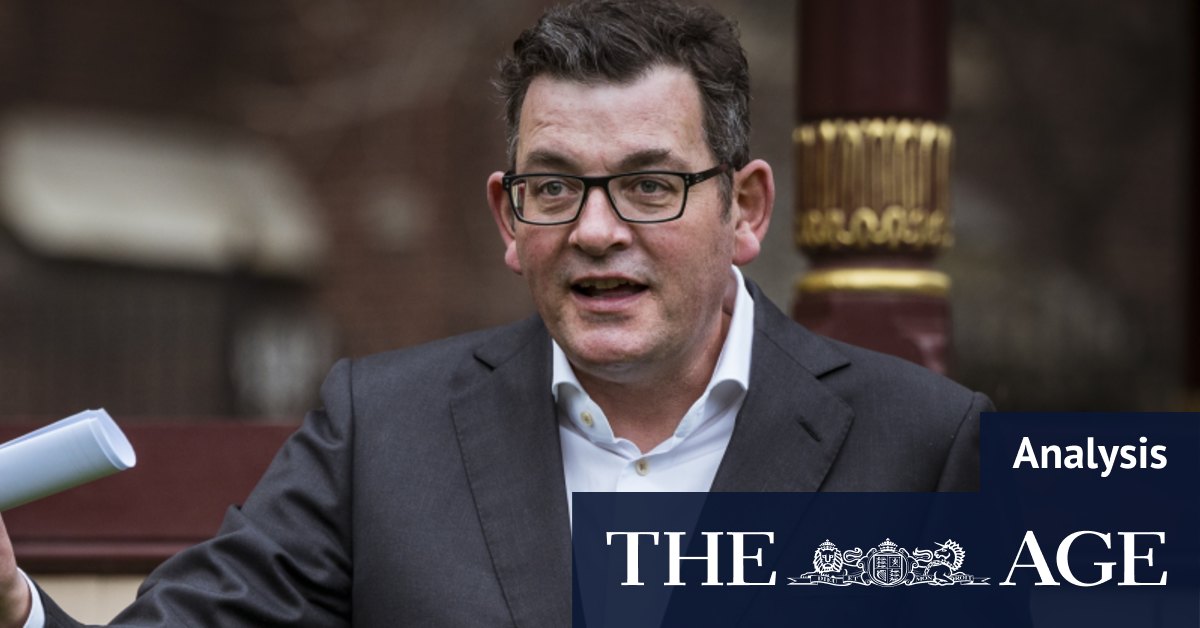 Before NSW’s case surge kicked off, Victoria received 300,000 brought-forward doses in June as it battled an outbreak that was quickly suppressed.

Federal Health Minister Greg Hunt and Lieutenant-General John Frewen, who oversees the rollout program, said one-off reallocations would be squared up down the track. States including Victoria would receive more vaccines from the middle of this month to rebalance the higher amounts that had gone to NSW, they said.

Supply of mRNA vaccines will soon increase as Moderna shipments land and more Pfizer arrives from Britain. The document that outlines future supply is being updated to factor in the greater supply for Victoria.

When The Age asked Mr Andrews on Monday to explain what it was about the deals that was secretive, he said: “[There were] extra allocations that were given to them known and announced … [but] what I’m talking about is otherwise secret arrangements that are just not right.”

He suggested the 260 GP clinics approved to administer jabs in NSW in recent months, reported by 7.30, were unknown to his government. The Premier didn’t quibble with the one-off vaccine boosts, but argued the “hundreds of thousands of vaccines” for GPs were beyond the pale.

However, the 260 figure was reported in The Sydney Morning Herald in late July and was being distributed to journalists by the federal Health Department.

A spokesman for the national vaccine taskforce claimed the fast-tracking of hundreds of GPs in NSW was discussed at meetings of health officials from all states.

In two interviews on August 5, Lieutenant-General Frewen referenced prioritising GPs in NSW, though he did not detail how many were being brought into the program.

The Age also reported last month that 22 per cent of the GPs in the national inoculation program were in Victoria, a significantly smaller proportion than the state’s 26 per cent share of the country’s population.

Australian Medical Association president Omar Khorshid said the discrepancy in GP numbers wasn’t new information and that it was incorrect to claim hidden arrangements. Quite simply, more NSW GPs were required in the past month to dish out the added supply from the top-ups, he said. Without that, the doses wouldn’t have made their way out of the crate.

“The characterisation of Dan Andrews is really a political game,” he said. “More GPs will now be brought on in Victoria to give out the new UK doses, and it was right to give NSW more when they were in crisis.”

NSW’s doctors have done proportionally more vaccinations than their Victorian counterparts since the start of the rollout, administering about 65 per cent of jabs in the state compared with about half that in Victoria.

Victoria administers many more AstraZeneca jabs at its mass vaccination hubs, which were announced in the state much sooner than in NSW. Mr Andrews’ messaging had until recent weeks been focused on encouraging vaccination at those hubs, which he proudly calls “the best in the country” (they are).

In contrast, Gladys Berejiklian’s public comments have always been geared towards urging GP appointments. Some NSW state-run public health networks have been subsidising GPs to administer vaccines, while Victoria began considering this model only last month.

Former AMA president and Melbourne GP Mukesh Haikerwal said Mr Andrews’ call for top-up vaccines to be diverted to state hubs at the expense of GPs was “misguided”.

“People are waiting for their GPs to get stock,” he said. “They don’t want to go anywhere else.”

On Thursday, Mr Andrews’ office declined to answer questions about what it believed was secret about the deals.

Maybe the 260 figure was news to Mr Andrews’ office and the Premier can be excused for not giving the Commonwealth the benefit of the doubt on its bungled and opaque vaccine rollout plan. The Morrison government’s failure to procure sufficient vaccines may be the original sin, but Mr Andrews’ claim that NSW has acquired its vaccines in a secretive manner is unsupported by evidence.