Breaking News
Home / Sport / Wings and a prayer: Saab’s tribute to woman who ‘supported me all my life’

Wings and a prayer: Saab’s tribute to woman who ‘supported me all my life’

admin 3 weeks ago Sport Comments Off on Wings and a prayer: Saab’s tribute to woman who ‘supported me all my life’ 25 Views 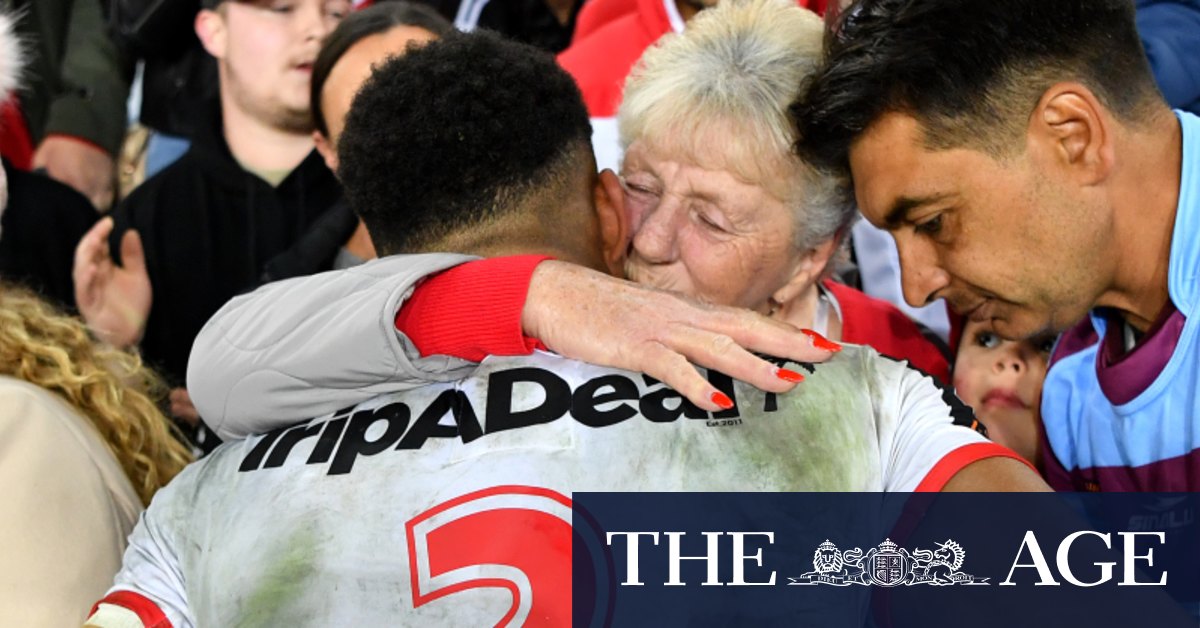 “When I was a kid she used to take me out on these ‘Jason and Nana days’, that’s what she used to call them. We would go to the movies and we’d do a lot as a kid. She was always around my house, always coming over. I’ve always been very close with Nan.”

Saab won’t be short of motivation on Friday. Not only is the clash with the Storm a blockbuster clash to open the finals series, it is another chance to honour his late, great mate Keith Titmuss and now his grandmother.

“It is a tribute to her, she’s supported me all my life and footy career,” he said. “Unfortunately last Saturday’s game was the last one she watched. She sent me a good luck message against the Doggies, that was the last message she could type.

“She wasn’t able to talk or swallow, it was a massive stroke and there were all these side effects from that. She did her best to smile when she heard my name or I was speaking to her on the phone. She did watch the game, she was a bit on and off and got a bit tired. But she was smiling.

“It’s hard not being there, there’s nowhere else I would rather be. I won’t get to see her in physical form again. It’s nice I can pay tribute to her with the boots and just do her proud on Friday night.”

Saab himself has figuratively taken flight this season. The giant winger initially struggled after switching from the Dragons, but is now enjoying a breakout season that has already resulted in him bagging 23 tries.

Last weekend he was again the fastest man in the NRL, reaching a top speed of 37.1km/h in the win against North Queensland. The clash with the Storm was billed as a chance to decide the game’s top speedster, although Addo-Carr was forced to pull out with a hamstring injury.

“Me and ‘Fox’ are good mates, we have a healthy competition about who is the fastest man, which everyone keeps asking us about,” he said.

“I’ve only versed him once before and I learnt a couple of things. I’m sure it will be a healthy rivalry over many more years.”