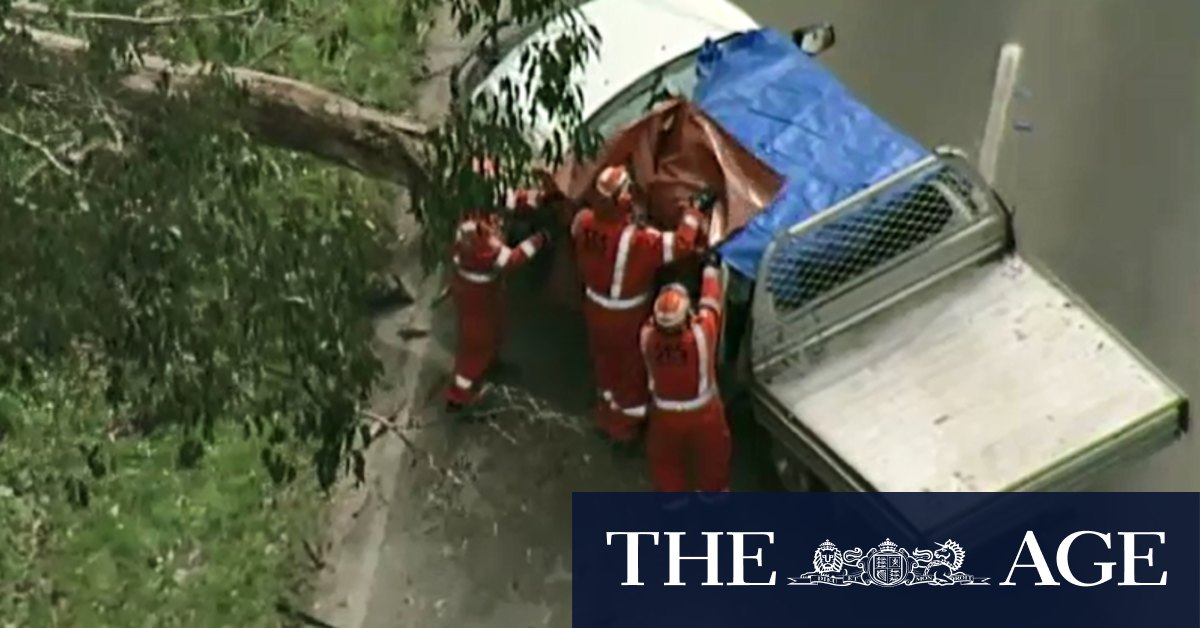 A camper was killed earlier this year by a tree branch that crashed onto his tent at a Healesville caravan park.

The 44-year-old, from Knoxfield, was alone in his tent at the Big4 Yarra Valley Park Lane Holiday Park on Don Road when the tree branch came down shortly before 6am on March 13. He died at the scene.

Last year, three people were killed by falling trees or branches when a cold front brought intense winds to Victoria on August 27.

Over the past two years there have been a rash of deaths and injuries caused by falling trees and branches.

Four-year-old Ayan Kapoor was the youngest of the three people killed that Thursday night when he was walking with his father and younger sister near their Blackburn South home, in Melbourne’s east, about 6pm.

About the same time, a 59-year-old Tecoma man was driving out of a shopping centre car park in Belgrave when a tree fell and crushed his car at the intersection of Terrys Avenue and Ena Road. He later died.

And a Parkdale woman, 36, was in the passenger seat of a ute travelling on the Maroondah Highway in Fernshaw when it was struck by a falling tree about an hour later. She died at the scene.

In August 2019, associate professor Allison Milner, a 36-year-old mother of two from Reservoir, was fatally crushed when a tree collapsed on her on Royal Parade bordering Princes Park in Parkville in Melbourne’s inner-north.

That year a study showed the likelihood of being killed by a falling tree was one in 5.4 million.