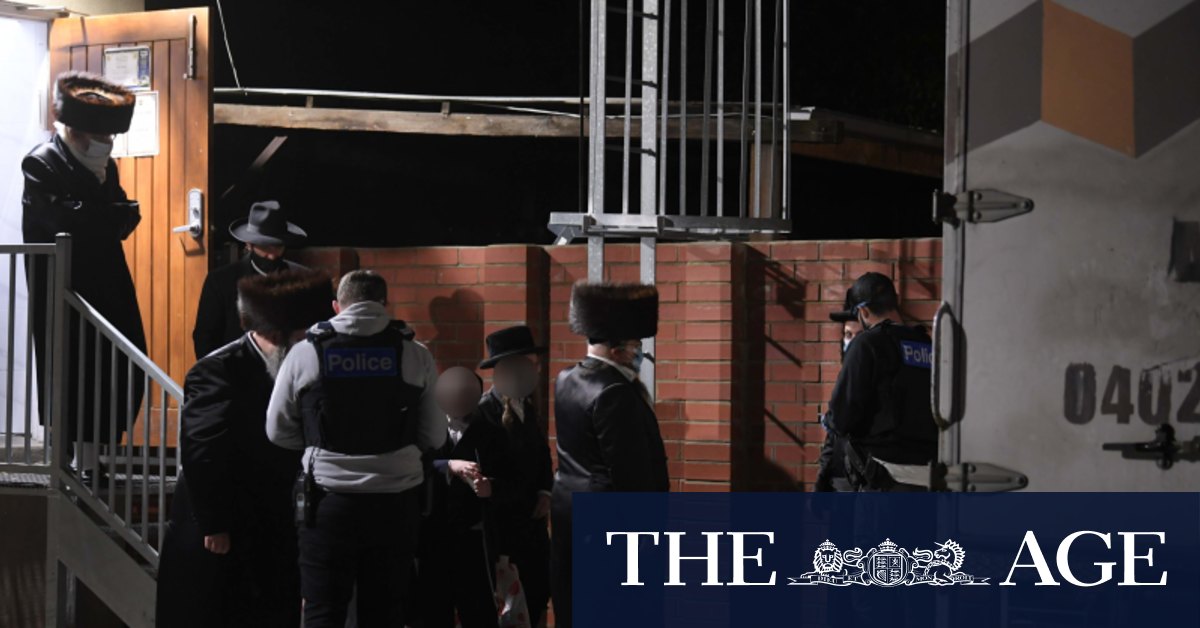 An ongoing police investigation will also seek to establish whether a group that turned up on the night and distracted police had done so deliberately.

Victoria Police Assistant Commissioner Russell Barrett had described the behaviour as “appalling” and said police had acted in good faith to peacefully negotiate with those inside.

Video footage taken from an apartment to the rear of the synagogue shows two men clambering over roof-tops and appearing to enter the building via the roof.

The Age has been unable to confirm when the video was taken or why the men were on the roof.

A neighbour, who identified himself as Brent but declined to provide a surname, said he had seen several men enter the building in the same way over the past fortnight.

“I wasn’t around on Tuesday, but this has been going on for a while now, and often happens around early evening. It’s just bizarre,” he said.

Dvir Abramovich, chairman of the Anti-Defamation Commission, said an entire community should not be blamed for the actions of a few.

Dr Abramovich said he was concerned about a rise in anti-Semitism following the incident.

“I am very concerned that this troubling episode will serve as an excuse for some to not only seize on fear and traffic in malicious stereotyping and demonisation, but to declare that it is open season on the Jewish community.

“It is no wonder that some in our community feel under siege and are concerned about their safety,” Dr Abramovich told The Age.

David Southwick, the newly elected Deputy Opposition Leader and MP for Caulfield, said this week that he believed those involved in the illegal gatherings had been using mental health support as a reason to gather under COVID-19 restrictions, and he had previously raised concerns with the government and police.

“I’ve spoken to the Department of Health as well about this, and it was my understanding … that they were operating under effectively an AA-type meeting, a mental health group, that allows you to have 10 people congregate at a time. So, the department did not have enforceability powers because that group were operating within a certain guise,” he said.

Mr Southwick said there needed to be better outreach to communicate with the ultra-Orthodox group, as he was worried a lack of information was forcing them underground.

Previous The Artful Escape, and how Melbourne games find global stages
Next The Bont’s medal? A fine Wines or an Oliver twist?