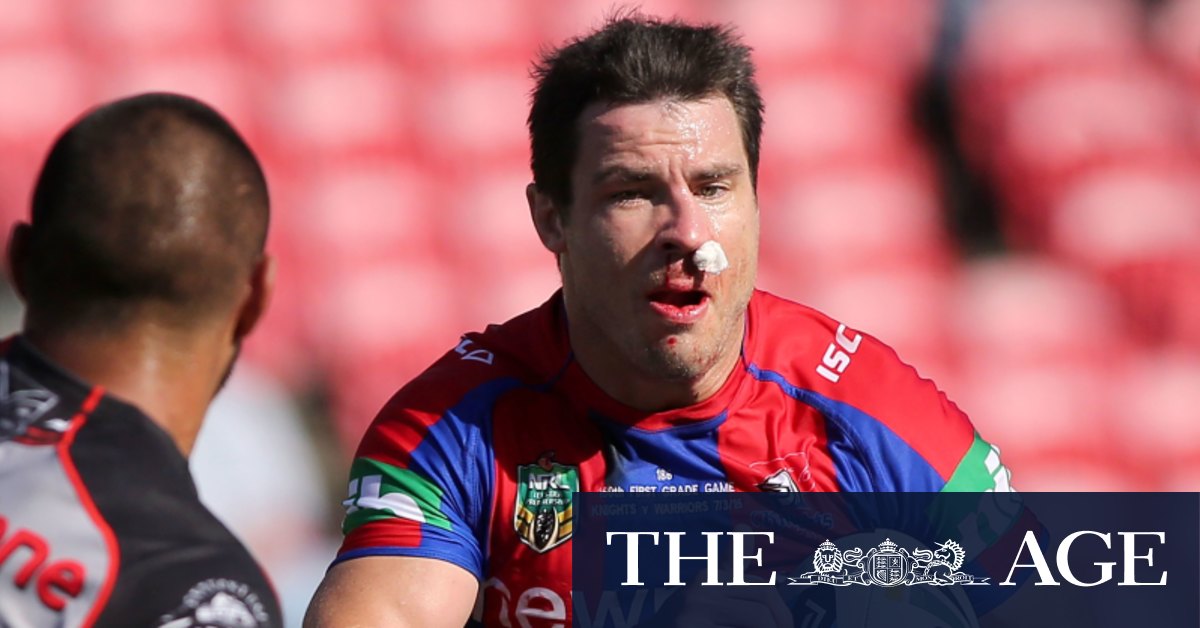 “In respect to the out-of-court and confidential settlement, it is suggested that the NRL would be satisfied with this outcome,” Fuller said.

“The concussion protocols of the game will, at this point in time, not be tested in court as to whether they are sufficiently robust enough to prevent player harm and loss from concussion-related incidents.

“The NRL will continue to develop and improve their concussion protocols and measures for the safety and wellbeing of all rugby league participants.”

‘I’m glad that I can move on and concentrate on my family and the treatment and management of my neurological issues.’

The NRL, the Knights and lawyers acting for the respective parties declined to comment.

Several legal firms have declared their intention to launch a concussion class action against the NRL, but haven’t been able to find the requisite number of plaintiffs.

Had the hearing gone ahead, some of the game’s biggest names could have been asked to testify. Former Newcastle coach Wayne Bennett was the Knights coach from 2012 to 2014, a period that includes one of the incidents McManus intended to raise in court. The seven-time premiership-winning mentor had previously stated he expected to be subpoenaed.

Knights legend Danny Buderus would likely have been called as well, given he was the blue-shirt trainer on occasions when McManus allegedly suffered blows to the head which his lawyers claim should have resulted in him coming from the field. Other Newcastle identities – including former chief executive Matt Gidley and former club doctors – would likely also have taken the stand.

Australian Rugby League Commission chairman Peter V’landys named concussion protocols and management as one of his main areas of focus when he took on the role in October 2019.

The NRL launched a mid-season crackdown on contact with the head and neck in a bid to further protect the safety of players. The decision was initially met with frustration from some fans and stars over concerns players were being taken from the field for minimal or incidental contact.