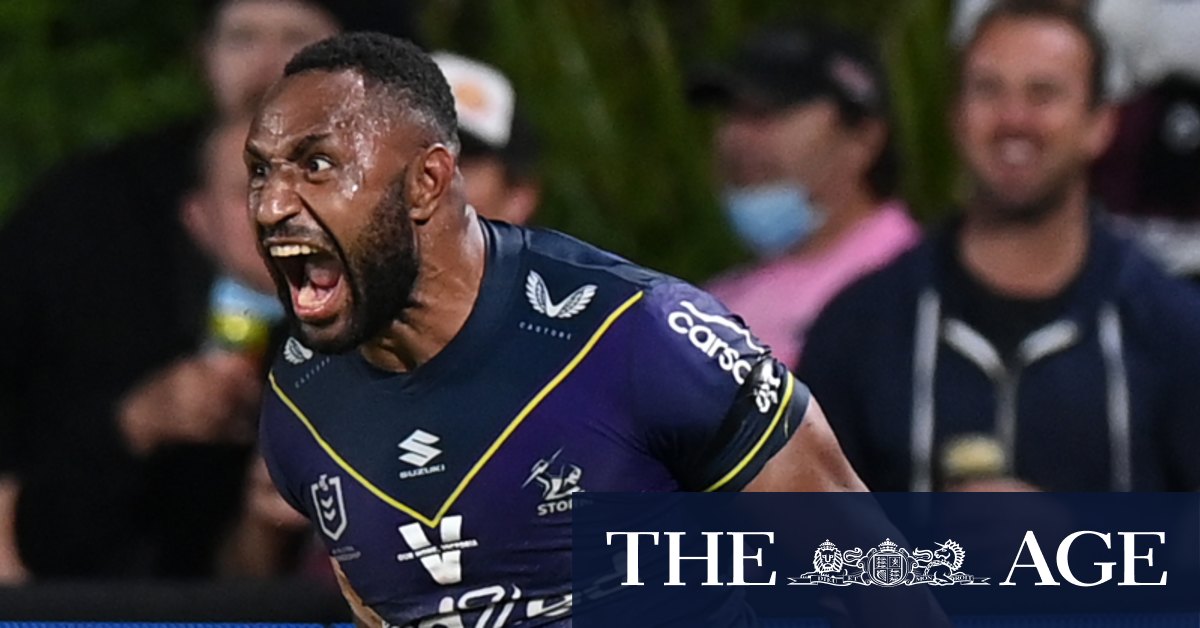 Their coach Des Hasler said his side played right into Melbourne’s hands with poor handling and worse discipline.

“We did ourselves a real disservice tonight. The things we spoke about that you can’t do against the Melbourne side, we did. We were very ill-disciplined with the ball, too much negative play, that just gave them too much field position,” Hasler said.

“We’ll turn it around. It’s probably not a reflection of how we’ve been playing. We need to make an adjustment. From that point of view, it is a bit of a reality check for us.”

The Storm have been good all year. In the finals, they just get better. Regardless of the hype around the Panthers, Melbourne remain the team to beat until someone prises the silverware from their cold, dead hands.

Melbourne scored their opener against the run of play and Manly never seemed to recover from the early bloody nose. Daly Cherry-Evans and Morgan Harper got it all wrong on the right touchline only for Brandon Smith to pick up the crumbs and send Isaac Lumelume on his merry way.

The Storm were in the mood. Kenny Bromwich was next to score after the on-field decision was reversed by video officials, then the busy Christian Welch finished an excellent early shift when he crashed over from close range.

By the time Ryan Papenhuyzen slotted a simple penalty in the 23rd minute the Storm were out of the gates with an 18-0 lead and things were already looking dire for a frustrated Sea Eagles, who simply couldn’t get their game breaker Trbojevic any clear air in attack all night.

There were signs of life as Cherry-Evans tried to force the issue and will his side back into the contest. Some spirited charges put Manly within range and Jason Saab was able to juggle the mini-bomb to score and get his side on the board.

With Smith, who had been brilliant early for the Storm, having failed his HIA, it may well have been the start of a good period for the Sea Eagles. Instead, Melbourne turned to Harry Grant at dummy-half and sent big bodies such as Nelson Asofa-Solomona into the contest.

That all added up to more ball, more physical dominance, more pressure and eventually a try to Papenhuyzen, who sliced through some tired bodies to dive over before the break and make it 24-6 at half-time.

The brilliant fullback was at it again in the opening moments of the second half, finishing off a 70m flourish under the posts to ensure the only conjecture was about the margin, not the result, and rounded off a virtuoso display with a two-point field goal in the dying seconds.