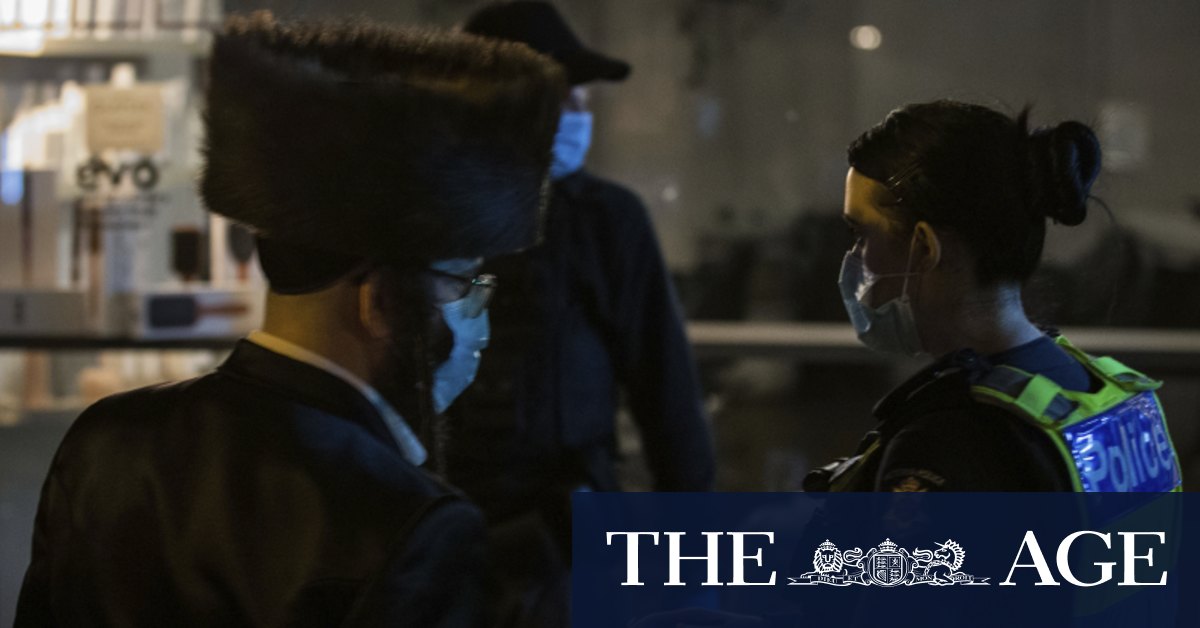 The ultra-Orthodox Adass Israel Synagogue, headquartered around the corner on Glen Eira Avenue, issued a statement distancing itself from the event.

“The gathering in question was an independent group of worshippers, un-affiliated with Adass Israel, and was not held at one of our premises. Adass Israel has taken all necessary steps to ensure our synagogue and buildings are compliant with public health orders.”

Filmmaker and academic Danny Ben-Moshe, who spent a year filming Melbourne’s Adass community for his documentary Strictly Jewish, said the Adass community was formed by post-war migrants as an umbrella for a range of ultra-Orthodox sects.

“That was the only way they could sustain themselves collectively because they simply didn’t have the numbers,” he said.

“Bear in mind that these communities were wiped out, virtually; these are really the fragments of the communities that were left from the Second World War.

“What’s happened over recent years is by definition they have large families and so they have grown… over the last maybe three to five years. Some groups … have grown to such an extent that they can branch out on their own.”

One group branching out is the Satmar sect, which is characterised by strict religious observance, distrust of outsiders – including other Jewish people, Mr Ben-Moshe says – and anti-Zionism (believing the creation of the state of Israel was an anti-messianic act). Members of Satmar can be seen in videos of the confrontation outside the synagogue this week.

Described by Mr Ben-Moshe as “Jewish fundamentalists”, members of the Satmar community have come under fire for holding minyans (prayer and worship groups of a minimum of 10 men) since last March.

“It can’t be emphasised enough that the vast overwhelming majority of Jews don’t belong to this group who don’t abide by the rules. The vast majority respect the rules and are doing it tough like everyone else.”

Dr Baker said the group was following a fundamentalist interpretation of theology.

“I think what we’re seeing here is a particular zealous worldview, where they believe they were acting in a tradition of martyrdom by resisting the authority of the government.”

Dr Baker said he found the group’s flouting of lockdown requirements flummoxing because it went against two central tenets of Judaism: first, the principle that “the law of the land is law” and, secondly, the principle that the protection of life comes before all else.

Both men expressed concern that the highly publicised gathering would lead to anti-Semitic abuse and sentiment against the Jewish community.

Ultra-Orthodox Jews are a small minority, estimated to represent less than 5 per cent of the Jewish community in Australia.

The Council of Orthodox Synagogues of Victoria, which does not represent ultra-Orthodox people, also condemned the actions of the group.

“This particular congregation reported in the media over the Jewish New Year holiday, is a fringe element of Melbourne Jewry and is not a member of the Council of Orthodox Synagogues of Victoria.”

A Victoria Police spokeswoman said 11 fines of $5452 had been issued to people who attended the illegal gathering on Tuesday, and investigations were ongoing.

The Age was unable to reach the leaders of the synagogue for comment.