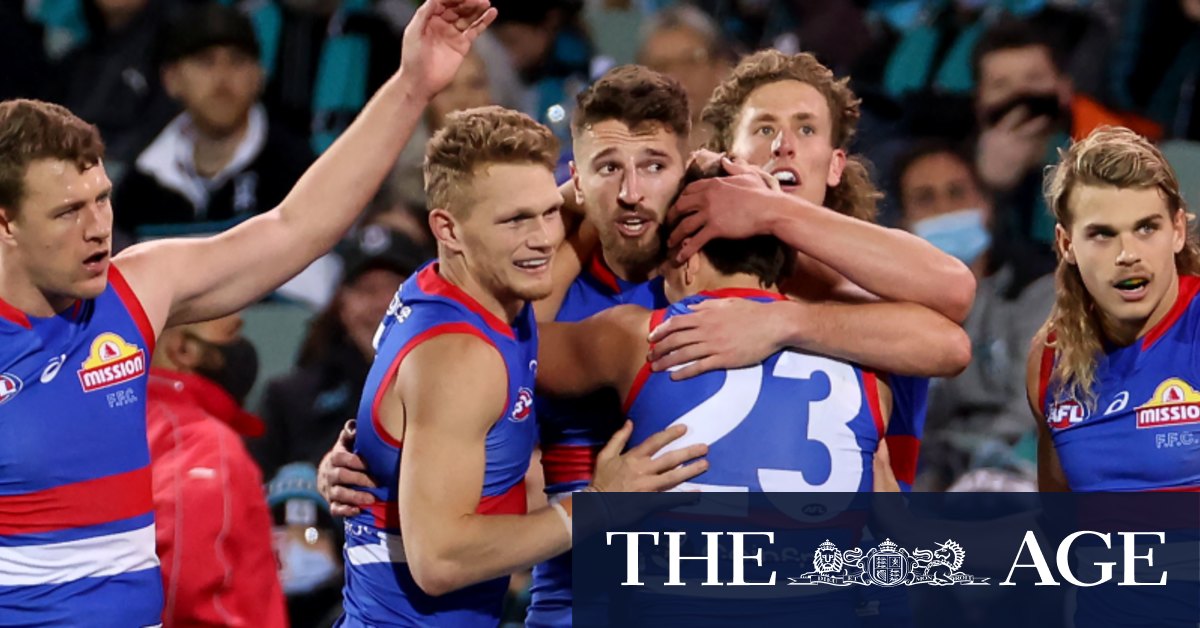 “That’s what the group’s done really well — embrace each challenge, try to make the most of a bad situation and galvanise off the back of that.

“We look at it as though we’re the lucky ones out of Victoria, and we understand people back home are doing it much tougher. So, it’s been a good distraction for us.

“We’ve just got on with the job at hand and been focusing on playing footy on the weekend, whether it’s at home or on a tough road schedule.”

Critical to that constructive mindset has been Beveridge, whom Duryea praised for his influential leadership during such turbulence.

“Bevo has made mention of all the hurdles and obstacles we’ve had to overcome as they’ve been presented,” Duryea said.

“I don’t think it’s healthy to dismiss or try to shy away from what’s actually occurring.

“You have to acknowledge and use the challenges that are being thrown our way.

“The group has been really good in the way they’ve handled it and Bevo has got a good way of connecting with the group with that.”

Star midfielder Bailey Smith told Fox Footy that the Dogs liked to defy the forces working against them.

“It was frustrating,” Smith said of being denied the chance to train at Adelaide Oval.

“But there’s something about us, when we get quarantine and stuff like that we almost do better sometimes. Bevo tries to make us use it as fuel and I think we did that tonight. We did it against Brissie, we did it throughout the year against the Perth teams.

“I think we use it as a strength almost, as fuel.”

Smith suggested that the Demons would go into the grand final as favourites.

“They’re a great side. We respect them a lot. We’ve got a little internal rivalry against them. We feel we’re the underdogs, and we want to take it up to them, so it’ll be exciting.”