Spare the kudos, spoil the freedom 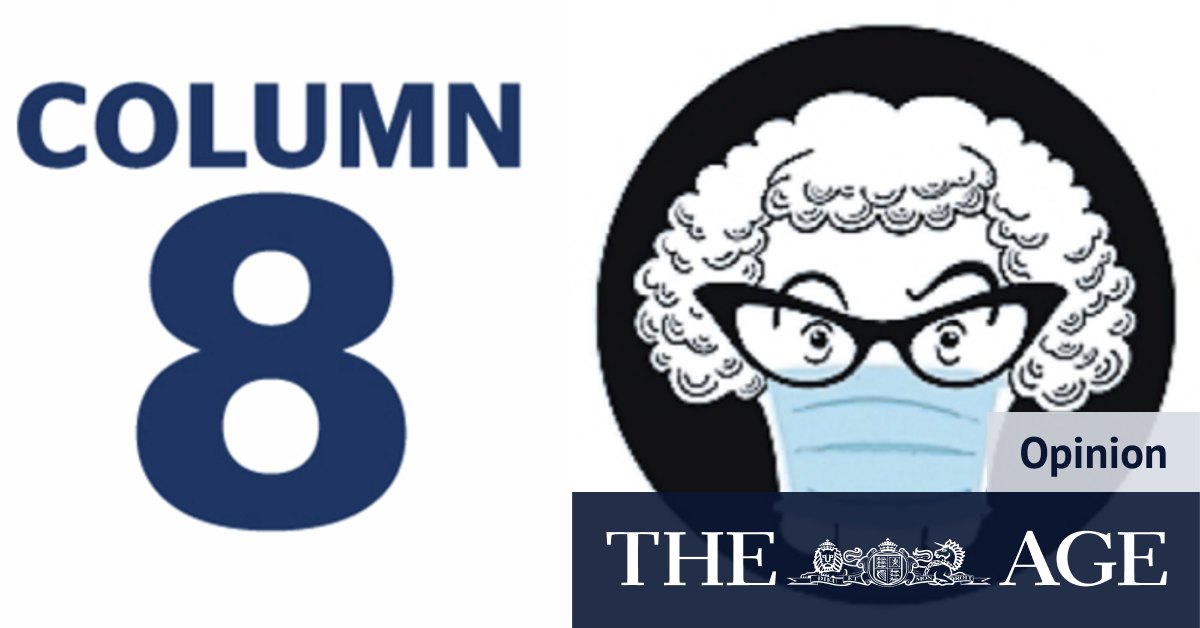 Having read George Zivkovic’s exhausting allocation of theme days for September 8, Jo Rainbow of Orange shares that she has the joy of doing a ward round on “International Talk like a Pirate Day” (next Sunday, September 19th in case you were wondering). “Lots of ‘ahoy there’, ’diarrhoearrgh” and at discharge, ‘walking the plank’. But I fear the toy monkey – complete with hat and eye patch – might not ride the computer as usual, due to PPE limitations.”

With last week’s announcement that some local COVID-19 restrictions were to ease, Don Bain of Port Macquarie was all ready to give kudos where it was due, “only to realise that I had no idea how many kudos I had on hand. Could I afford to be liberal – or should I keep ample in reserve for when greater freedoms come our way? Wouldn’t want to scrimp on kudos!”

Phil Armour of Yass thought that halitosis (C8) “was a disease/affliction ‘invented’ by the company that make Listerine so that they could repurpose paint-stripper.”

Michael Reilly’s Ajax solution (C8) did not appeal to Tim Ingall of Scottsdale (USA), who has “always found it a lot easier to fill a mug with warm water and drop in a dissolving denture cleaning tablet such as Polident. This results in a pristine clean interior for the tea mug.”

Murray Hutton of Mount Colah once worked with a guy who only ever rinsed his mug (C8), with the tannin stains turning the inside almost black over time. “One day the office manager took exception to its appearance and, with the aid of steel wool, Ajax, bleach and lots of elbow grease, she returned the surface to its original condition. Old mate reckoned his tea never tasted any good thereafter.”

Stein Boddington of St Clair vividly remembers the time his “grandmother blew up when a family member scrubbed the inside of her teapot, claiming they had ‘ruined it’. Perhaps the same applies to mugs and cups (C8), and a good brown stain ensures a full-flavoured tea?”

You should never discount the power of the browned coffee cup (C8), according to Janice Creenaune of Austinmer, who recalls when “one diligent staff member cleaning up the staff kitchen threw out another member’s deeply- stained browned cup, citing health grounds. The owner believed otherwise and was very attached although always refusing to ‘clean’ it. They did not speak again within school grounds for their entire tenure of many years.“

Column8@smh.com.au
No attachments, please.
Include name, suburb and daytime phone.