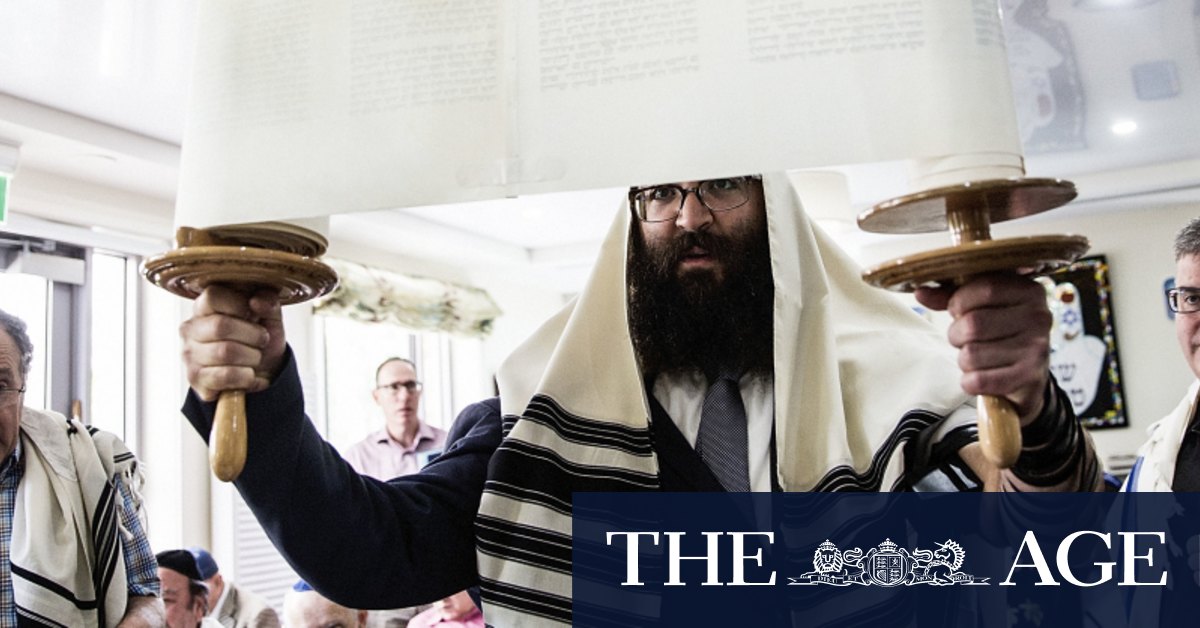 “There is a very real emotional and psychological impact that will leave a lasting toll. We cannot overemphasise the centrality of Yom Kippur, and the tone it sets for one’s entire year.”

The authors of the letter propose that small groups of 10 men plus those running the service be allowed to gather, with strict density quotients, pre-registration, masks and social distancing in place. Services could be held outdoors if possible.

They have asked the government to reply by noon on Tuesday.

A Health Department spokesperson said on Monday that restrictions on gatherings were based on public health considerations and there was no “mechanism” for Professor Sutton to “consider a request for an exemption or exception to the limits on public or private gatherings, unless they relate to end-of-life events”.

“We know how tough lockdowns are on all Victorians,” they said. “But we all have to play our role in keeping case numbers low and protecting our health system for everyone who needs it in the coming months.

“The fastest way we can return to gathering with families and friends is to get vaccinated.”

Restrictions were eased slightly last week to allow Melbourne’s Jewish community to mark the new year. Victoria Police Assistant Commissioner Russell Barrett said exemptions had been granted to allow the blowing of the shofar – an instrument made from a ram’s horn that is traditionally sounded in synagogues to usher in the new year – while members of the community were out walking.

Rabbi Yaakov Glasman, president of the Rabbinical Association of Australasia, said in a letter of support for the latest call that communal prayer played an “indispensable role” in the lives of Orthodox Jews and an inability to gather in small groups during Yom Kippur would “prove devastating”.

“We believe the measures suggested in the accompanying letter are entirely reasonable and workable and I would urge you to please consider working with the group of rabbis who authored the letter towards a mutually agreeable outcome,” he said.

Rabbis from Israel, the US and Russia have also sent letters of support.

Representatives from the American Orthodox Jewish organisation Agudath Israel of America said they were dismayed by reports from people in Melbourne of “draconian restrictions”.

“We recognise, of course, that these restrictions are intended to minimise risk of further spread of the COVID pandemic,” said chairman Shlomo Werdiger and executive vice-president Rabbi David Zwiebel.

“With all due respect, however, we implore the Victorian government to appreciate the centrality of communal prayer to the practice of the Jewish faith, especially during this high holiday season, and to work with Jewish community leaders to devise a system of allowing for Jewish communal prayer without jeopardising the health and wellbeing of worshippers.”

Previous Mother mourns daughter killed in Gippsland buggy rollover as man charged
Next Room at the kennel: Bulldogs eyeing Asiata as a replacement for Elliott