Another blow for Roosters as Verrills ruled out of semi 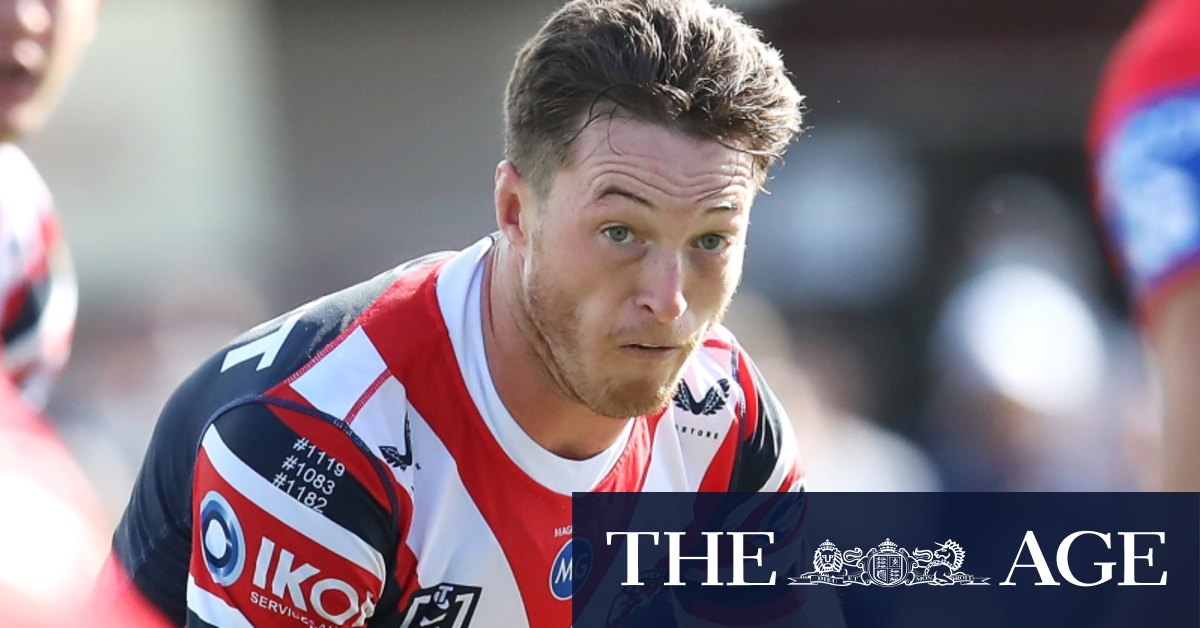 NRL judiciary chair Geoff Bellew told the panel to ignore the fact it was finals time.

Verrills’ lawyer James McLeod argued Parramatta’s Junior Paulo had been charged with a grade-one careless high tackle on Kurt Mann on Sunday afternoon, yet his tackle was worse than his client’s. Paulo was hit with a $1600 fine.

“The level of carelessness [in Paulo’s tackle] was higher,” McLeod told the three-man judiciary panel of Bob Lindner, Dallas Johnson and Ben Creagh.

“It’s right at the lowest end of the scale – it’s minimal carelessness.

“If you tap into your experience with defence and making tackles and setting yourself into position to make a tackle, you’ll come to the view he [Verrills] realistically did very, very little wrong here.”

NRL counsel Peter McGrath said Verrills “carelessly made contact to Kelly’s head” and “there is very little in the way of mitigating features that would reduce the seriousness of the tackle”.

The NRL has cracked down heavily on contact to the head, but the Roosters were convinced Verrills would succeed in getting a downgrade.

Immortal Andrew Johns said on the weekend the tackle did not even warrant a penalty, but based on previous incidents Verrills was always going to do it tough to avoid suspension.

Later in the night, Parramatta’s Marata Niukore was found guilty of dangerous contact and hit with a $2400 fine.

Meanwhile, Brisbane forwards Tom Flegler and Jordan Riki have made amends after the pair were embroiled in a “wrestle that went a little wrong” during post-season celebrations.

The pair were involved in an altercation last week which sources with knowledge of the situation claim left Riki needing stitches. Broncos officials have cautioned the pair about their behaviour, although no further action will be taken.

“We were out last Wednesday night and got in a wrestle that went a little wrong and Jordan ended up with a cut on his face,” Flegler said.

“We went our separate ways that night and I gave him a call the next day to sort it out. It was silly and I apologised. We’ve agreed to keep our wrestling sessions to in-season from now on.”

Riki said he didn’t harbour any ill will over the incident.

“Tom reached out to me the next day and we spoke about what happened and we are absolutely sweet,” Riki said.

“I appreciated him being up front and getting in contact and we’re both now looking forward to a bit of a break.”