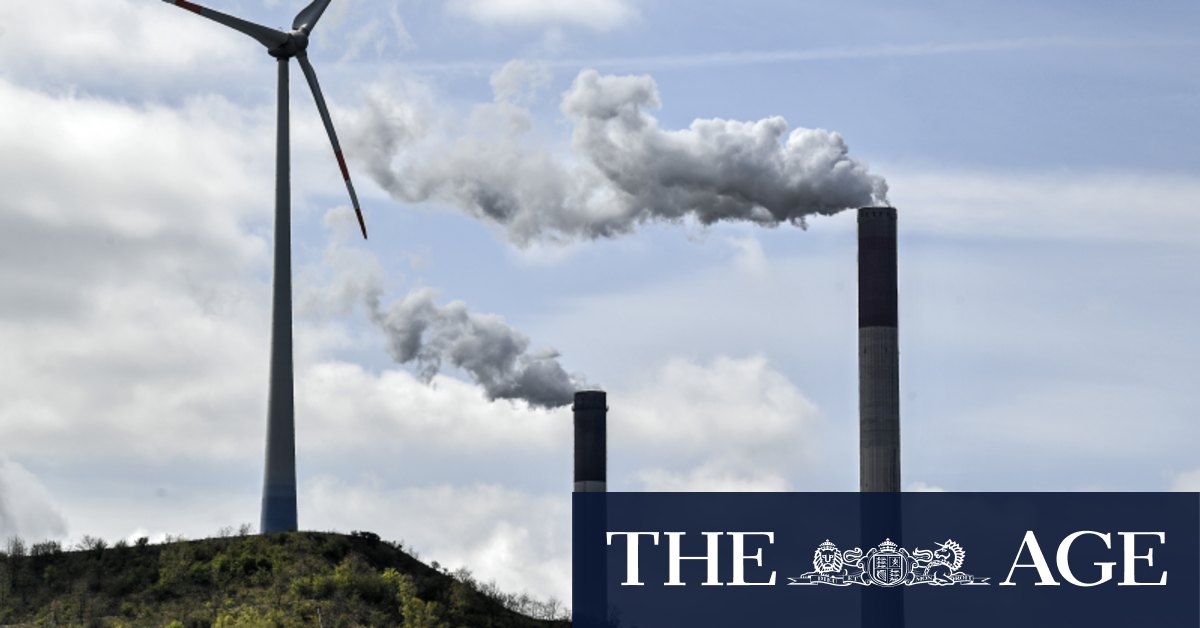 Ted Place, executive director of Global Energy Monitor, a US-based green energy group that analyses fossil fuel use, said the report’s findings are consistent with its analysis of the coal sector.

He expects the decline in coal use will only accelerate as new renewables now consistently undercut it on price.

“I believe the last new coal power station will be built this decade,” he said.

The United Nations will next week host a high-level dialogue on energy use aimed at achieving clean, affordable energy for all by 2030 and net zero emissions by 2050. Both the UN Secretary General and Alok Sharma, the UK cabinet secretary who will host the Glasgow COP26 climate talks in November, have called for the rapid abandonment of coal power.

The matter is also expected to be raised at pre-COP talks and G20 meetings in Italy.

Minister for Resources and Water Keith Pitt said Australian premium quality coal is fetching near record prices with an increase in demand.

“There are over 200 coal-fired power stations either under construction or in planning around the world, which means the market for our coal will remain for many more years to come,” he said.

“As one of only a few sources of reliable, dispatchable energy, coal will remain in demand from both developed and developing nations. New Zealand, for example, is now importing record amounts of coal to keep the lights on to make up for shortfalls from its gas and hydro power.”

Coal prices have rallied as economies emerge from COVID-19 and are at decade long highs for this time of year. A hot summer and cold winter in the Northern Hemisphere has also driven energy demand and associated coal prices.

The study comes as a group of over 2000 academics from 81 countries, including many climate experts, have written an open letter demanding world leaders adopt a fossil fuel non-proliferation treaty to manage a global phase out of coal, oil and gas.

Signatory Lesley Hughes, Distinguished Professor of Biology at Macquarie University and councillor for the Climate Council, said: “Every fraction of a degree of warming is doing us harm. This means that every day we delay cessation of fossil fuel burning, we come closer to catastrophe.”