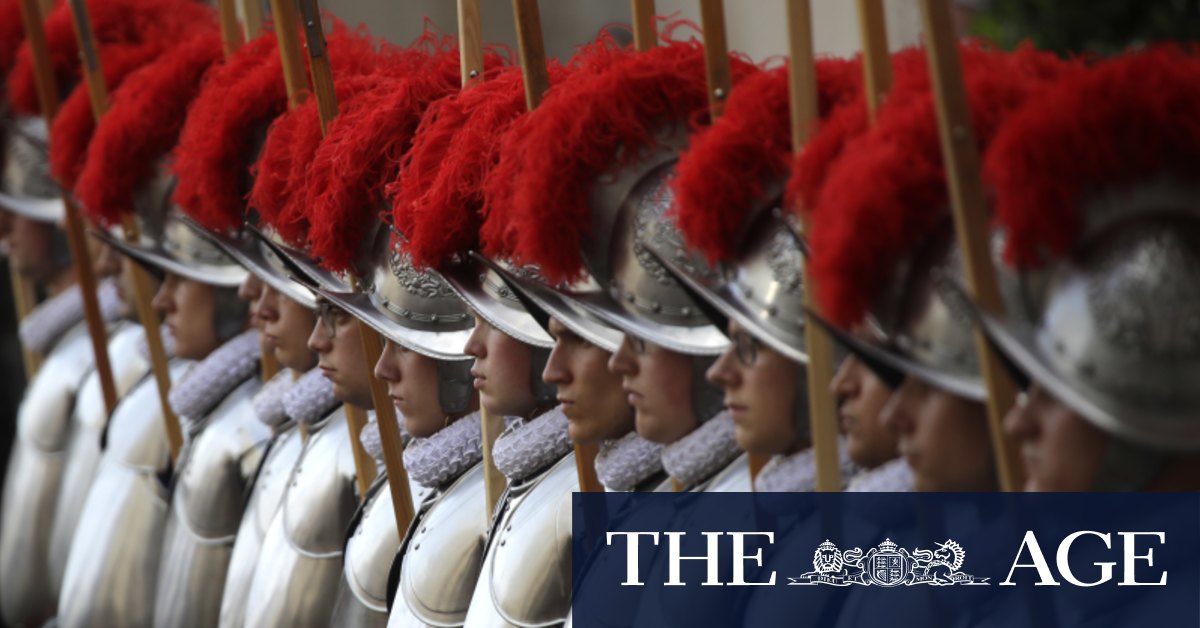 “That decision has not been taken yet and it lies with our superiors and ultimately Pope Francis. Regulations would have to be changed.”

A future move to recruit women soldiers would chime with the Pope’s insistence that women play a greater role in the life of the Catholic Church, Lieutenant Breitenmoser said.

Adapting the guardsmen’s helmets and breastplates to female soldiers should not be too challenging – these days they are made not of beaten metal but plastic, produced by 3D printers. The plastic helmets and armour are much lighter than their old metal counterparts, which were particularly onerous to wear during Rome’s hot summers.

“It was important to us that the new building provide space for women,” Jean-Pierre Roth, from the Swiss Guard Foundation which supports the corps financially, told the Swiss newspaper Tages-Anzeiger.

Ruth Metzler-Arnold, the president of the foundation, said: “I very much welcome the discussion on the question of allowing women to join the Guard. As soon as female guards are allowed, recruitment potential will increase.”

The force needs around 30 to 35 recruits each year.

The aim is to inaugurate the barracks on March 6 2027 – the 500th anniversary of the Sack of Rome in 1527 when 147 Swiss Guards laid down their lives in defence of Pope Clement VII.

Since then, the Swiss Guards, inheritors to the Swiss tradition of providing mercenaries to the rulers of Europe, have served more than 40 different popes.