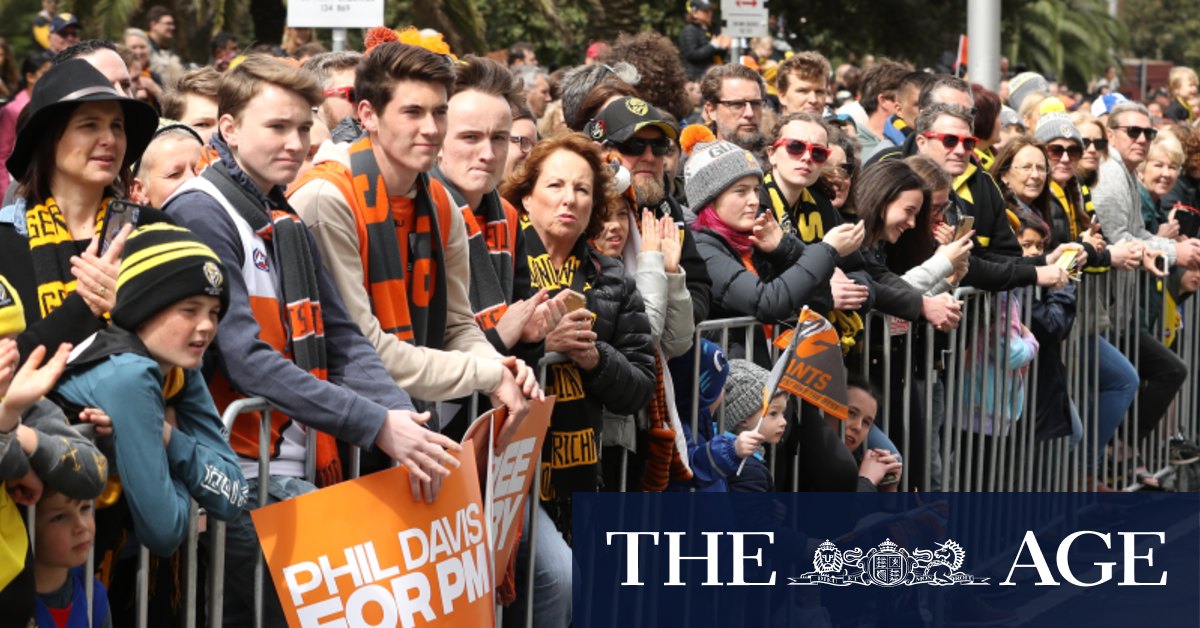 The AFL announced in lieu of the parade fans would be able to watch Bulldogs and Demons training sessions at Optus Stadium on September 23.

On Tuesday, the AFL also revealed the Brownlow Medal count would be hosted virtually from Melbourne, but the in-person event would take place at Optus Stadium.

Speaking at the launch of the people’s parade Fremantle captain Nat Fyfe said excitement was building in his home state about the final.

“It’s just a bizarre feeling to have a prelim final and a grand final played at your home stadium without you or West Coast being involved in it, but putting that aside just having a footy loving state get the opportunity to have the biggest game of the year, right here at our brand new stadium, unbelievable,” he said.