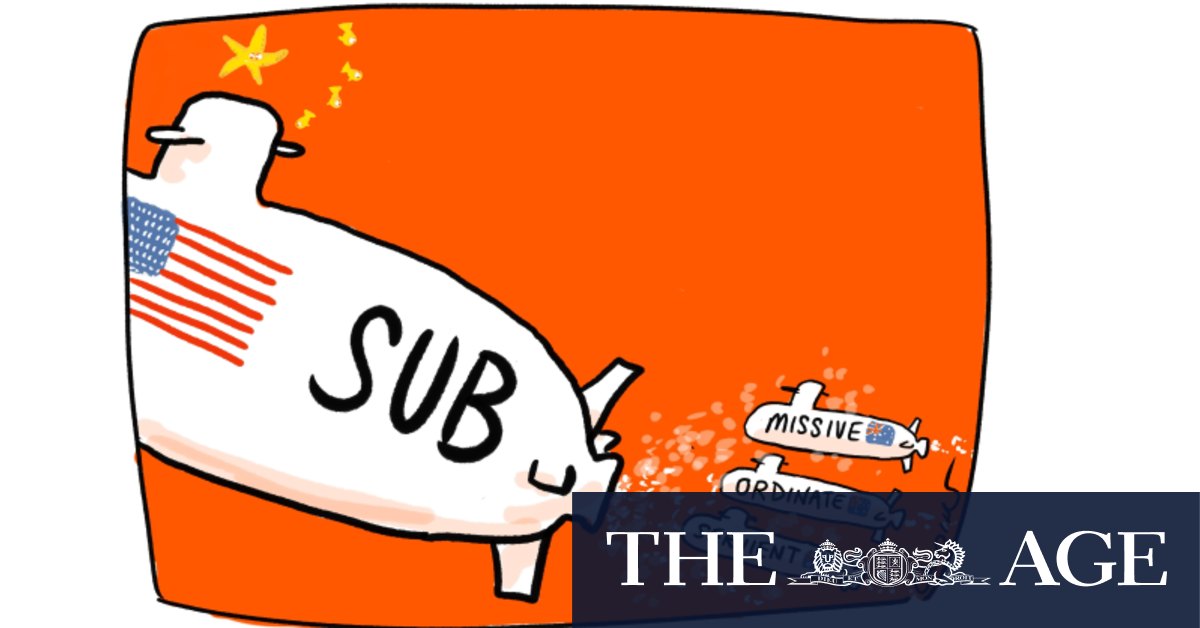 They are paid too much
Entitled tradies are paid too much if all they have to fuss about is having somewhere to take their tea break. They have a job, different to many who haven’t been able to work in this pandemic.
Raelee Hunter, Keilor Downs

Get the science right
Greens new kid on the block Piers Mitchem says “These submarines are likely to run on highly enriched uranium [HEU] – the same grade of uranium used in nuclear weapons” (“Greens pick anti-nuclear candidate to take on Frydenberg”, online, The Age, 17/9), as he prepares to take on Josh Frydenberg in the seat of Kooyong in the next federal election.

Yet again, the pronouncements of individuals vying for political office in this country demonstrate the profound lack of scientific literacy.

If nothing else, COVID-19 should have demonstrated the need for improved scientific literacy and clear messaging rather than political posturing and constant media spin.
David Kennedy, Balwyn North

What if the owners changed their sticks for golf clubs and the dog balls for golf balls … oh, no, that would be golf, and that’s not allowed.
Keith Lawson, Melbourne

A worldwide disgrace
I agree wholeheartedly with Anne Summers (“Gillard’s treatment is our shame”, Comment, 17/9). It’s actually more than that. That our prime minister was treated with such sexist, vile, disgusting indignation was a worldwide disgrace.

When I saw Larry Pickering’s cartoons in Strong Female Lead on SBS, I was shocked and felt sick that he could stoop so low to sexualise the PM in this manner. Would he have depicted his grandmother, mother, wife or daughters like this? Basic respect for another human being and treating people with dignity and care are surely measures of a civilised society that operates with humanity. Let’s face it we haven’t just emerged from a cave, or have we?

This nation has no shame, nor do the likes of the Liberal Party and Alan Jones. Nothing has changed.
Mira Antoniou, Brighton

Spin over leadership
The latest rabbit out of the hat by our Prime Minister, the nuclear submarine deal with the USA and the UK, is another example of the lack of discussion and debate in this country.

Supposedly we have two houses of Parliament to develop, discuss and debate policy direction, but here we have an announcement that has blindsided the community and no doubt many of our elected representatives.
It appears to be another example of marketing spin not leadership, by this PM, to distract us from critical issues of mismanagement.

They’re obviously divorced from reality, so while they’re having their tea and scones in the tea room (or should that be “tear room”), they can watch daily films of hospital ICUs.

If they value their job and want to keep working, get real, get vaxxed, or get out.
Kevin Ward, Preston