Breaking News
Home / Sport / ‘I had a little cry’: the moment Melbourne’s larrikin broke down in tears

‘I had a little cry’: the moment Melbourne’s larrikin broke down in tears

admin September 19, 2021 Sport Comments Off on ‘I had a little cry’: the moment Melbourne’s larrikin broke down in tears 168 Views 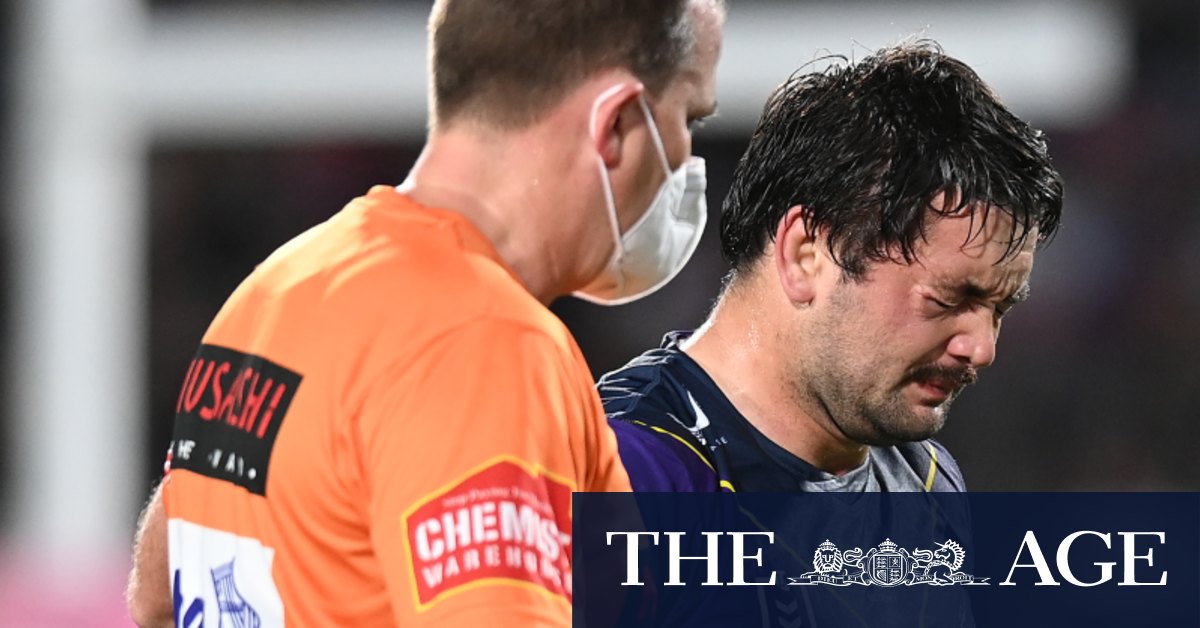 Asked about his injury, Addo-Carr said: “I’ve been doing everything I can to try to get back. You’ve obviously got to start at 60 or 70 per cent and I think it’s been three weeks now. I’ve got up to 95 per cent and the physio reckons I’m in a good spot.

“I’m guessing there’s going to be a few sore bodies coming up next week in the Panthers side.”

What isn’t in doubt is the huge advantage the Storm will have over the Panthers, who were forced to win an epic against arch rivals Parramatta after a shock qualifying final loss to South Sydney.

Storm stars recounted the toll of losing in week one of the finals, which preceded a grand final qualifier loss to the Roosters in 2019. They gathered in their team room to watch Penrith’s thrilling win in Mackay, no doubt relishing the fact it was such a physical contest.

“Sitting back and taking my player cap off for a minute and just being a fan and watching that game, it’s good to see low-scoring affairs are still in there,” fullback Ryan Papenhuyzen said. “It was a brutal game.

“I’m still pretty sore from the other day. After what we saw last night, it was a bit of bash-up. We prepped like we were playing and had a little match simulation. It’s just not that physical side of it.

“You’re still ticking your legs over, but you’re not doing the travel and it’s a nice freshen-up. You can probably see it as a bit of advantage, but the body is just a little bit fresher.”

Said Smith: “I’m not so sure I enjoyed the bashing, but I did enjoy the game though. It was a cracker. I’m guessing there’s going to be a few sore bodies coming up next week in the Panthers side.”

Previous ‘Next frontier’: Perry wants India to ‘pull trigger’ on full women’s IPL
Next Russia votes, no big surprises: How does Putin’s ‘vertical of power’ work?