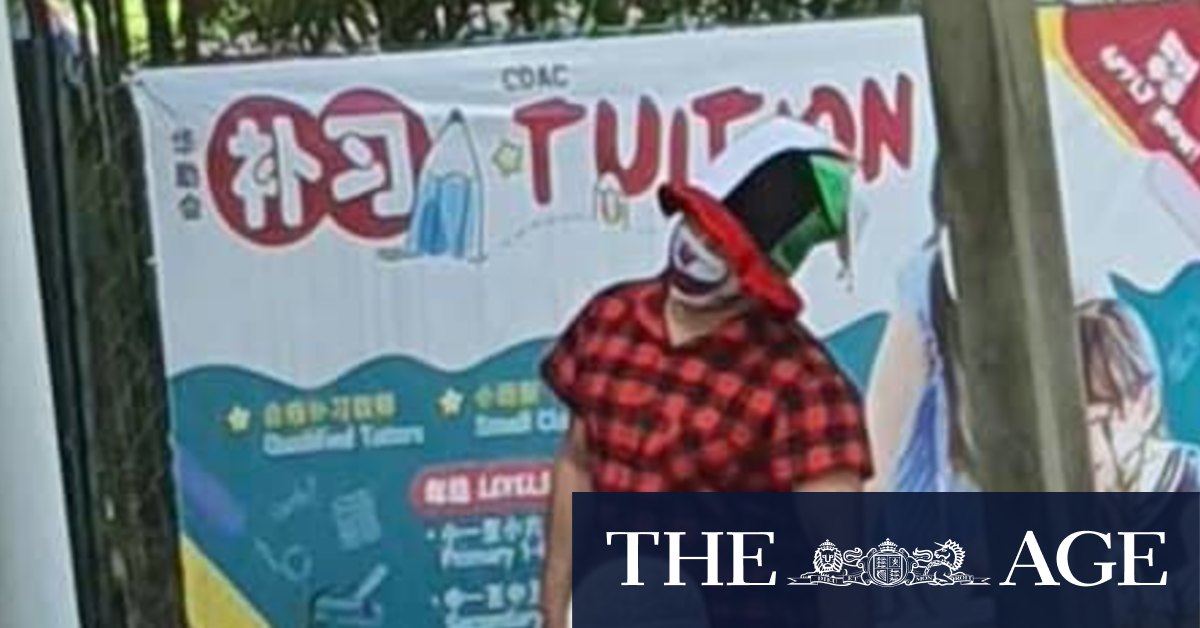 While the academy acknowledged the stunt had not been well-received, it assured people that the clowns spotted outside school gates did “not offer any form of monetary rewards for children to follow them” and “strictly do not take any children out of the vicinity”.

The academy’s director, Kelvin Tan, told The Straits Times that the clowns were part of a marketing campaign to promote speech classes taking place at the centre.

“There was no evil intention behind the costumes,” Tan said.

However, local parents were not amused.

“This is any parent’s worst fear,” one parent told Vice News. “What if they turned out to be psychopaths and murderers wanting to harm children?”

And while this particular incident turned out to be a PR stunt, many parents explained that they were already feeling anxious following a deadly school attack that took place in July that saw one 13-year-old student killed by another pupil at the school. The attack stunned the country – where crime is relatively low.

This is not the first time clowns have spooked people by popping up randomly in public.

One threat posted on social media referred to a clown kidnapping a student, planting a bomb and exploding a school in the Washington area.

The creepy clown craze soon spread to the United Kingdom, where the police received several reports of clowns outside schools, clowns carrying weapons and clowns riding mobility scooters down the streets.

Police said some of the incidents were pranks – while other social media reports turned out to be hoaxes. Amid the sightings, authorities and members of the public urged people to consider the distress caused to young children.