‘We’ll be patient’: Morrison says Macron not taking his calls 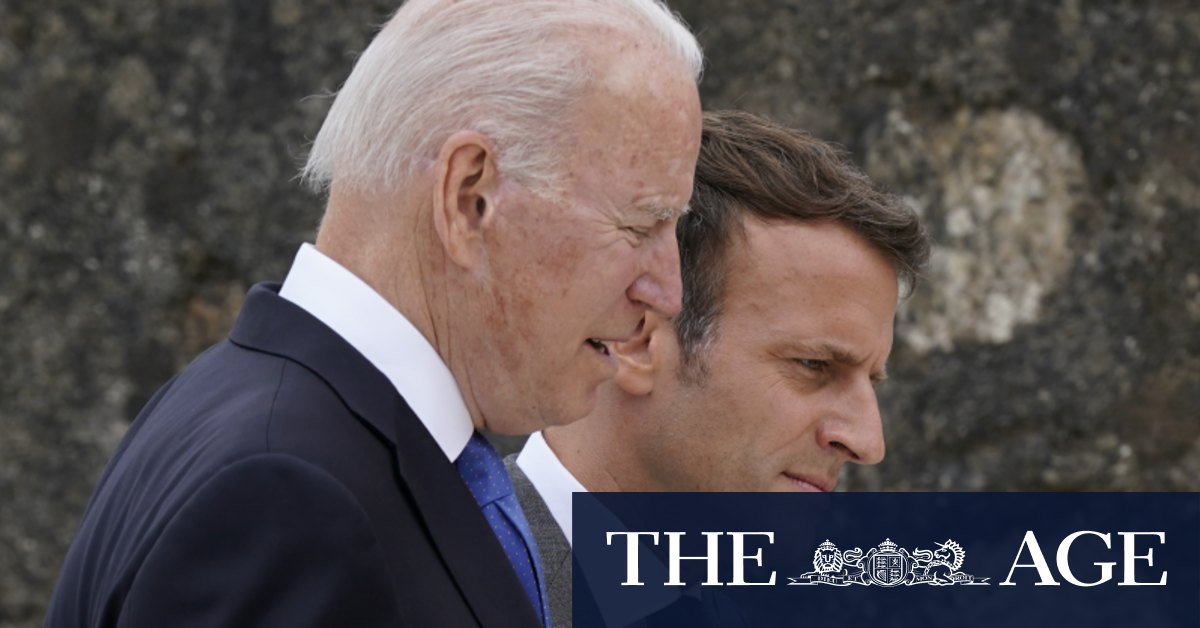 Morrison said he expected it would take more time to work through Australia’s difficulties with France “than the ones that were being dealt with between the United States and France”.

Morrison said he believed Biden told Macron there should have been greater consultation before the AUKUS announcement because the US and France are members of NATO. AUKUS is a new alliance between Australia, the US and the UK.

“The United States and France are NATO partners and there are certain expectations
amongst NATO partners about how they engage with each other on national security issues,” he said.

“Australia is not a member of NATO.”

Biden’s telephone conversation with Macron – his first since the announcement of the new AUKUS partnership – came as British Prime Minister Boris Johnson urged furious French politicians to “get a grip” over the loss of the submarine deal.

A White House summary of Biden and Macron’s call said that the “two leaders agreed that the situation would have benefited from open consultations among allies on matters of strategic interest to France and our European partners”.

“President Biden conveyed his ongoing commitment in that regard,” the summary said, a clear concession from the US President that France had not been shown enough respect during the process to form AUKUS.

Biden and Macron will meet face-to-face in Europe next month in a bid to get the French-US relationship back on track.

White House press secretary Jen Psaki said Biden had acknowledged that “there could have been greater consultation” on the security pact with Australia.

“He holds himself responsible,” she said of the President.

Prime Minister Scott Morrison indicated earlier this week that he did not foresee an opportunity to talk directly to Macron in the near future.

France recalled its ambassadors as an act of retaliation for what the country perceives as duplicitous and disloyal treatment from some of its closest allies.

It was the first time in history that France had recalled its ambassador to Washington.

French Foreign Minister Jean-Yves Le Drian described AUKUS as a “stab in the back”, saying it constituted “unacceptable behaviour between allies and partners”.

When announcing the removal of the ambassadors from Canberra and Washington, Le Drian said AUKUS and the cancellation of the submarine contract affected “the very conception that we have of our alliances, our partnerships and the importance of the Indo-Pacific for Europe”.

Biden and Macron said they would work together to “open a process of in-depth consultations, aimed at creating the conditions for ensuring confidence and proposing concrete measures toward common objectives”, according to the summary of their call.

After returning to Washington next week, France’s US ambassador Philippe Etienne will “start intensive work with senior US officials”.

Speaking to reporters before the call, Johnson delivered a broadside in French to ram home his message to Macron.

“I just think it’s time for some of our dearest friends around the world to prenez un grip [get a grip] about all this,” Johnson said.

“Donnez-moi un break [Give me a break] because this is fundamentally a great step forward for global security.”

“It is not exclusive, it is not trying to shoulder anybody out … I find it very hard to see in this agreement anything not to like,” he said.

Johnson dined with Morrison overnight at the Australian ambassador’s residence in Washington. They had Australian wagyu beef while drinking Margaret River Chardonnay and Barossa Shiraz.