Breaking News
Home / Victoria News / A strong voice against the mob: ‘I just want some logic’

A strong voice against the mob: ‘I just want some logic’

admin September 23, 2021 Victoria News Comments Off on A strong voice against the mob: ‘I just want some logic’ 31 Views 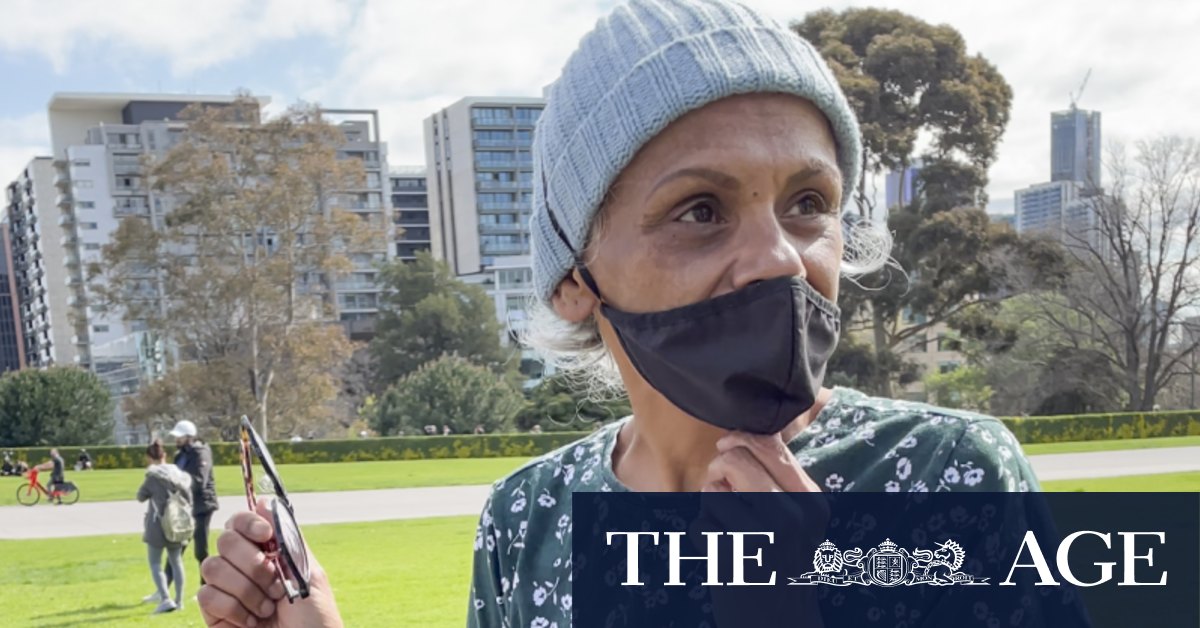 A health worker in the inner city, Ms Malo said she supported the rollout of the COVID-19 vaccine and urged members of Indigenous communities to get vaccinated.

“I am pro-vaccine and I’m not afraid to say that because I don’t want to see Aboriginal communities get hammered by this. My family are from a remote community in West Australia, where there’s a lot of hesitancy because of the misinformation online,” she said.

“I just want some logic to come to these arguments. Protesters are talking about nano-particles and when did we start to distrust doctors all of a sudden?”

Ms Malo took particular issue with a decision by protesters to storm the Shrine of Remembrance at about 1.30pm on Wednesday.

“The desecration of the Shrine and the flying of the Australian flags. It’s the confusion and hypocrisy that really gets to me. Be congruent, if you’ve got a real argument, then put it forward.”

The protests, which began on Monday, were sparked by a series of additional coronavirus regulations imposed on the construction sector by the Andrews government, including a vaccine mandate and the closure of tea rooms.

The make-up of the group has been a topic of conjecture this week. While construction union boss John Setka said the large majority were anti-vaccination “drunken morons” rather than tradespeople, others in the union believe CFMEU members have been out in force.

Most of Wednesday’s protests – slammed by the construction union as “mindless and destructive mob actions” – played out at the Shrine in a stand-off between protesters and police that lasted more than three hours.

Amid chants of “freedom” and “every day”, the crowd was urged to leave peacefully via St Kilda Road. By about 4.45pm, when the group had thinned to less than half its original size, police deployed tear gas and non-lethal rounds to disperse those who remained.

Shrine of Remembrance chief executive Dean Lee revealed there was urine on walls, widespread rubbish and shattered glass in a “disgusting” display.

“To think that people could come to a place of peaceful reflection to protest about a cause that has nothing to do with the service and sacrifice of generations of Australians is outrageous and unacceptable,” Mr Lee said.