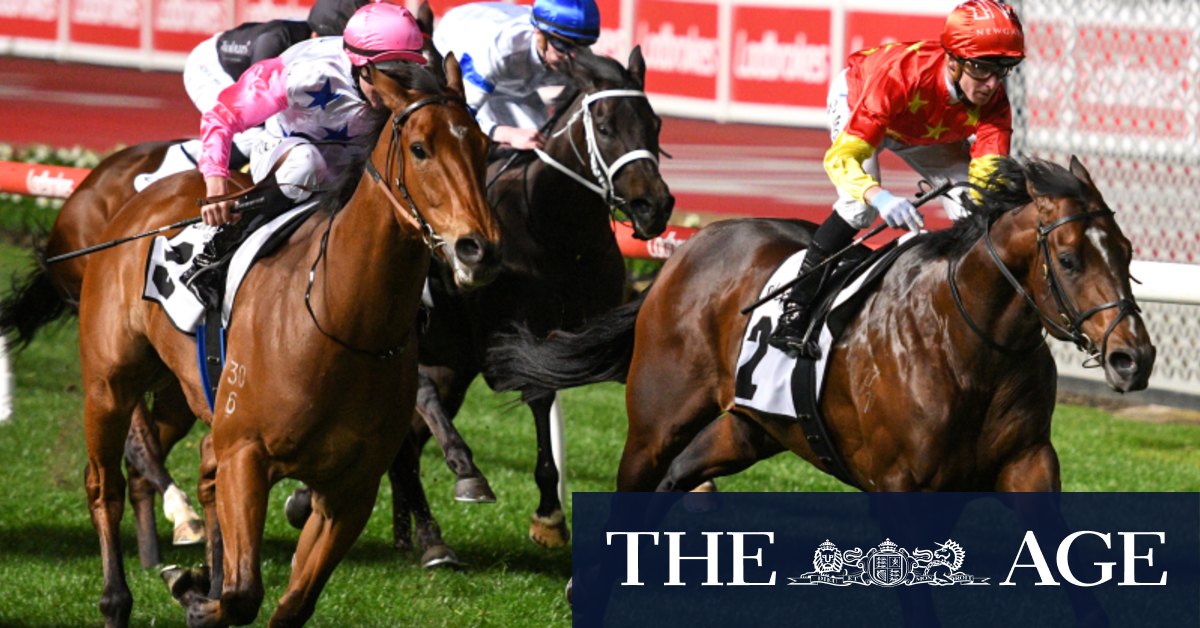 “He’s one of the most professional sprinters I’ve ever ridden; a very smart horse,” he said.

“Everything I asked him to do, he’s just the ultimate professional and geez he’s got a really good turn of foot. He’s an electric racehorse; hopefully he can do it at stud now.”

Brooklyn Hustle’s odds were smashed from $17 into $6.50 in the final 20 minutes before the race, but she never got into the race from back in the field.

Favourite Profiteer was a late drifter but turned into the straight in the lead, only to get chased down over the final 100 metres to miss a placing. Connections said the three-year-old might be better suited up to 1200 metres.

Trekking caught trouble around the turn but once balanced ran home into third spot, and looks an obvious selection for Godolphin’s Everest slot unless the Blue team thought Saturday’s Golden Rose favourite Anamoe deserved a chance.

The Inferno might also be considered for Sydney’s mega sprint, held on Caulfield Cup day, having made a strong impression in his past two Australian starts after recently moving from Singapore with trainer Cliff Brown.

Earlier on Friday, Aquis Farm confirmed Libertini would run first up in The Everest in their slot.