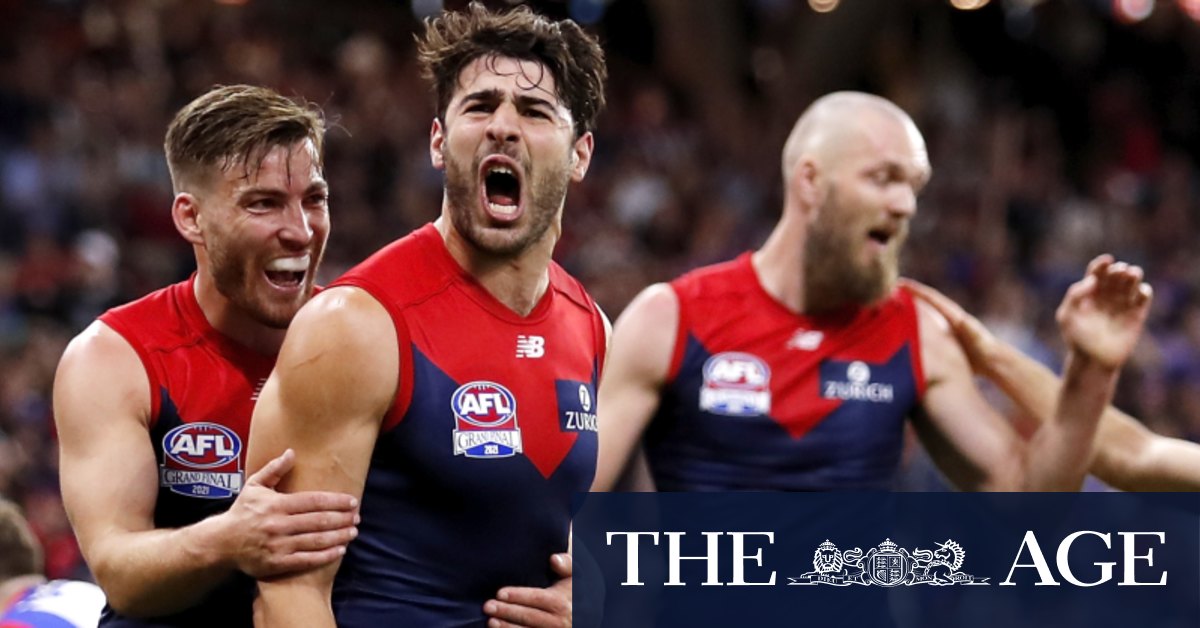 “To this group of special people to my left, the staff, the coaches, the support staff, the players, everyone we left back home, families, friends, everyone in the eastern states that supports the Melbourne Demons, this is for you,” Gawn said.

Goodwin said he was delighted with how his side had responded after trailing in the third term.

“But then Max took over in centre-bounce work … we started to get on top in the game. Our method stood up. That’s why they are a special group – they do it for each other.”

The Demons booted 16 of the final 17 goals of the match.

Goodwin said the Demons would remain in Perth for about five days and celebrate there before returning home.

Vice-captain Jack Viney recalled that the Demons had been the “laughing stock of the competition” when he debuted in 2013 as a father-son product.

“Now we have won a premiership for the first time in god knows how long,” he said.

Mark Williams, the Demons’ head of development, said the team deserved the premiership as it had been the best “all season”.

The defeat was heartbreak for the Bulldogs, who had made their way to the grand final the hard way, having to win three cut-throat finals after finishing outside the top four.

“This one will sting for a while. Hopefully, we can make something of it,” Bontempelli, a member of the club’s 2016 premiership side, said.

Previous Lesson learnt: Wiser Cleary won’t engage with Bennett this time
Next Wallabies make it three on the trot thanks to Kerevi masterclass but Rennie could be ‘grumpy’ in review